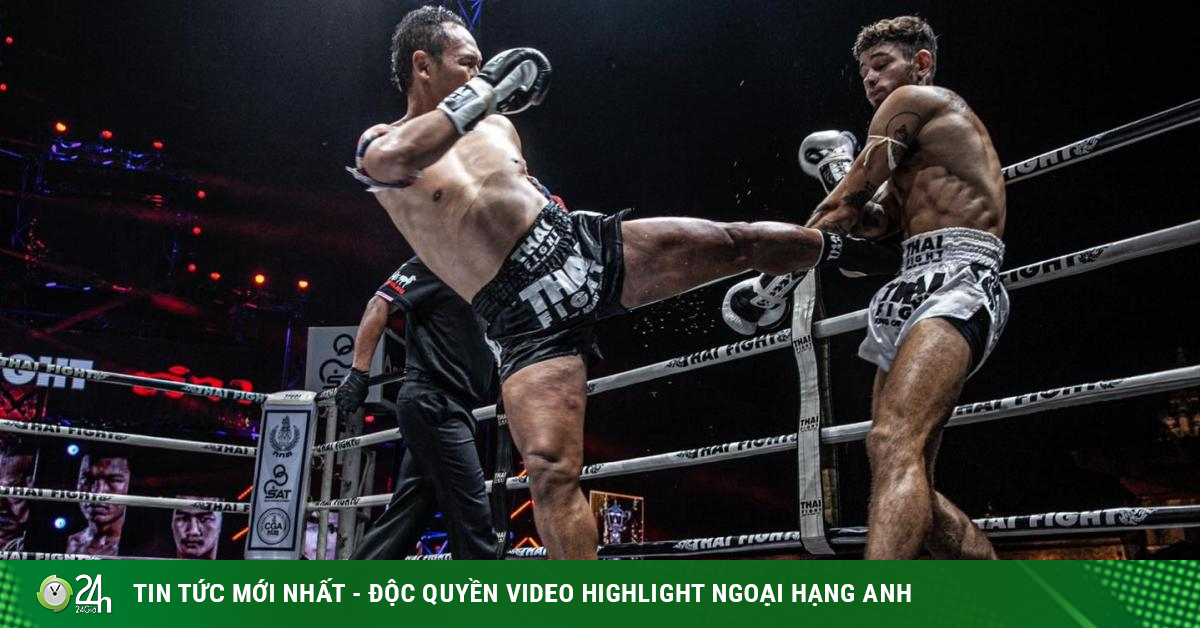 Video of Saenchai kicking the opponent to give up early:

It has been 8 years, since Saenchai was 33 years old to the present time he turned 41, many opponents are willing to challenge with the desire to defeat, but “King Muay Thai” is still there to defeat all opponents.

Saenchai (left) hit a knock-out in the ribs, making the Iranian boxer unable to continue fighting

Last May, Ali Ghodratisaraskan from Iran dreamed of defeating Saenchai in the THAI FIGHT Nakhon Sawan event ring in Thailand. However, the list of failed opponents of Thai boxers was extended.

Since November 22, 2014, “King Muay Thai” Saenchai won all 64 opponents, becoming one of the Muay fighters with the longest number of consecutive wins in 8 years.

Already 41 years old, but Saenchai still moves flexibly, his kicks have great damage. Ghodratisaraskan best understood how powerful Saenchai’s kick was. Entering the second half, the Iranian puncher, after receiving a few hits, then received a powerful kick in the ribs and asked to give up because it was too painful.

The referee for the end of the fight, Saenchai won the knockout after only about 20 seconds of the second round. Having won the 64th consecutive victory, Saenchai continued to become a great challenge for junior boxers.