(Sports news) Shocking the bodybuilding community with the gold medal of the prestigious tournament of the International Federation of Bodybuilding and Fitness (IFBB), many people were surprised to know that Mr. Nhon Ly’s main job is a craftsman. manicure (manicure).

“Actually, my main job was as a nail technician (manicurist) for about 30 years. I only exercise after the store is closed, so I sometimes do not come home until 1-2 am. Most people when entering the salon are very surprised, even startled to see a muscular nail technician like me. But gradually this became familiar and also a special feature of my shop,” Mr. Nhon Ly said.

Although he is famous in the world bodybuilding community, Mr. Nhon Ly has been with the nail business for 30 years

Although he started coming to bodybuilding at the age of 20, Mr. Nhon Ly has only started participating in professional bodybuilding competitions since 2010.

“When I first started pursuing professional bodybuilding, I usually started working out at 9 pm every day and at least 5 days a week. When preparing to compete, I increase to practice 7 days a week, 2 sessions a day. On average, each session, the total weight in all my exercises can be more than 10 tons,” Mr. Nhon Ly recalled.

Perseverance in pursuing his passion has helped the skilled nail technician become famous in the world bodybuilding arena. Since 2000, he has won nearly 60 major and minor titles in international professional bodybuilding tournaments, including the 2010 INBA (International Bodybuilding Association) championship and the NPC crown ( American Bodybuilding Federation) in 2013. He is also the first Vietnamese to compete in the Arnold Tournament – the most prestigious tournament in the world. Most recently, the 57-year-old old man from An Giang continued to shock the bodybuilding community when he won 1 gold and 1 bronze at the prestigious IFBB tournament held in Nevada (USA).

The image of an athlete at the age of U60 who still retains strong, toned muscles, winning many athletes younger than 20 years old has made many people admire.

“For bodybuilders, the amount of weight lifted is not important, but the feeling of the muscles, the balance, the beautiful development of the muscles. At first, when I saw that I went to practice for more than 1 a.m. before coming home, my family did not agree because I was afraid that I would suffer, many people thought it was torture. But for me it’s passion. Being able to stand on stage and show off my beautiful muscles makes me proud,” said Mr. Nhon Ly. He has won nearly 60 titles at international professional bodybuilding competitions

Currently, in order to focus on pursuing fitness as well as spending time with his family, Mr. Nhon Ly has quit his nail job. He shared that he feels very happy to be able to become an inspiration, directing young people to a good, healthy life and away from social evils. 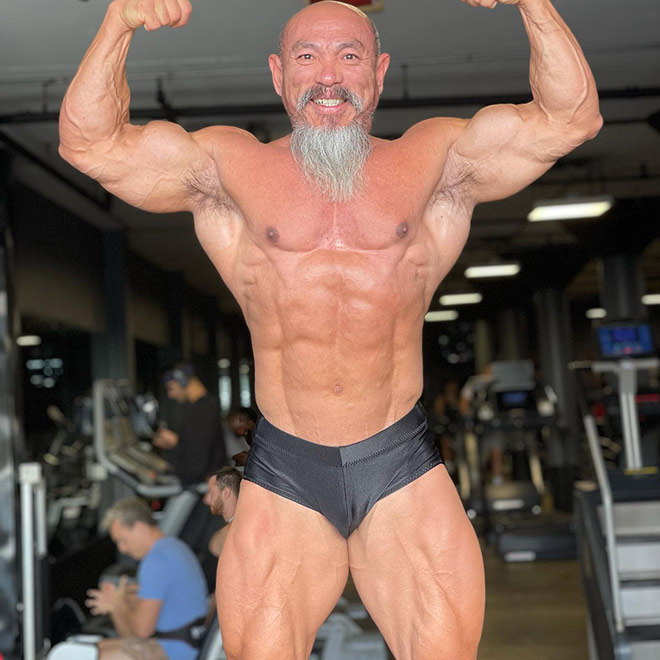 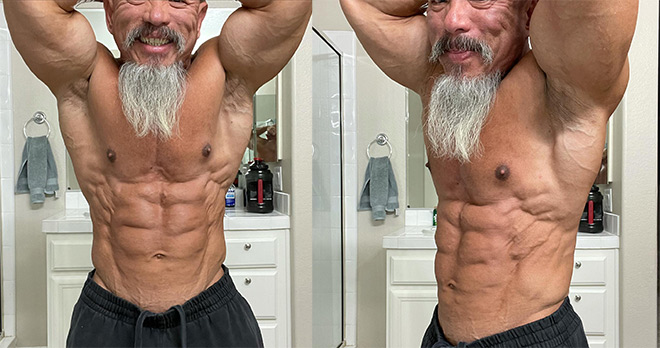 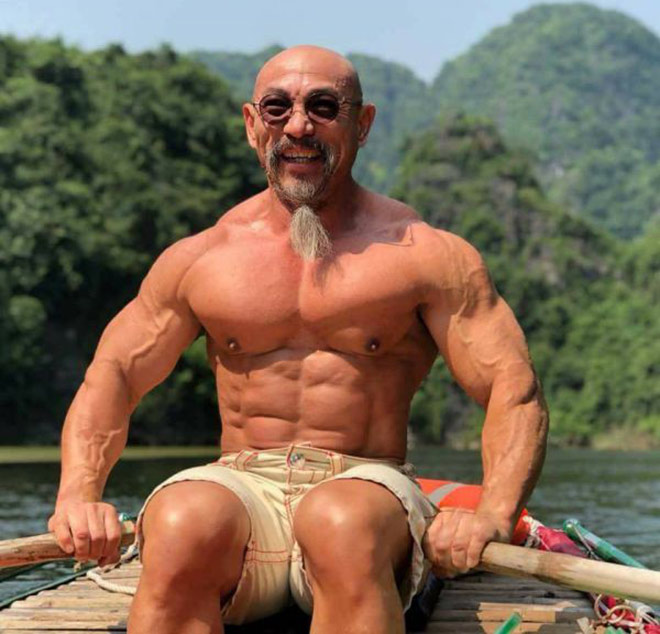 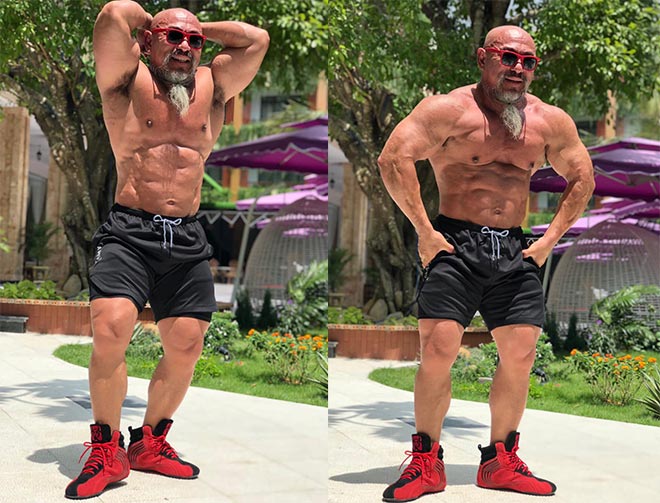