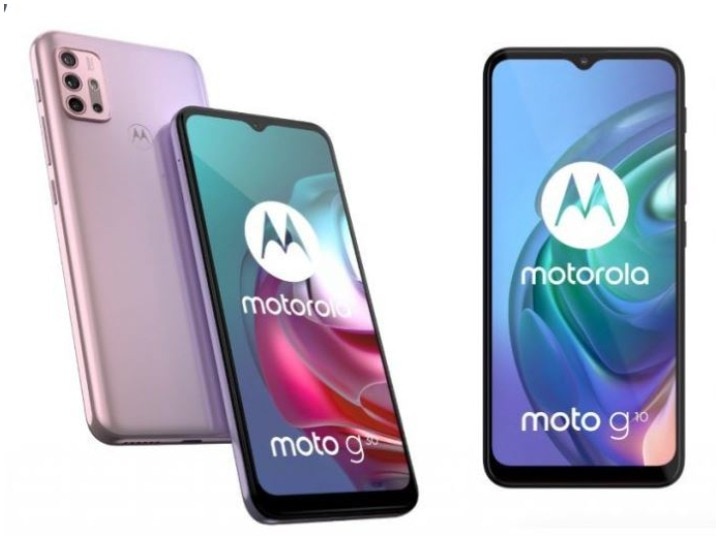 Motorola is about to launch its two new smartphones Moto G10 Power and Moto G30 in India. Motorola will launch these phones on Tuesday, March 9. Moto G10 Power and Moto G30 will be launched from 12 noon. The company has given its information on its Twitter account and has also shared an image by tweeting. The Moto G10 and Moto G30 smartphones have been launched earlier in Europe. Now the company is going to bring both phones in the Indian market. Let’s know how the specifications of these two phones will be.

Moto G10 Of Specification- This phone has a 6.5-inch HD + display with a 60Hz refresh rate. The phone has Snapdragon 460 processor, 4GB RAM and 128GB internal storage. You can also increase it with a micro-SD card. This phone has a quad camera setup, which has a 48MP primary camera, 8MP ultra-wide angle lens, 2MP macro lens and 2MP depth sensor. The phone has an 8MP selfie camera. For battery and connectivity, it has a 5,000mAh battery, with 10W fast charging support. Also, connectivity features like 4G, Wi-Fi, GPS, NFC and USB Type-C port are also provided.

Moto G30 Of Specification- Let us first talk about the Moto G30 smartphone. This phone has a 6.5-inch HD + display, which has a resolution of 1600 x 720 pixels. This phone comes with Snapdragon 662 processor, 6GB RAM and 128GB internal storage. You can increase storage with a micro-SD card. The quad camera setup has been given in Moto G30, which has a 64MP primary camera, 8MP ultra-wide angle lens, 2MP macro lens and 2MP depth sensor. For selfie, it has a 13MP front camera. Talk about its battery and connectivity, this phone has a battery of 5,000mAh which supports 20W fast charging. For connectivity, the phone has features like 4G, Wi-Fi, GPS, NFC and USB Type-C port.

Both of these phones of Motorola will compete with companies like Realme, Redmi, Vivo, Oppo and Samsung. In the budget segment, Samsung Galaxy S21 can give a tough competition to this phone. Know its features

Samsung Galaxy M21 Features of– Samsung Galaxy M21 smartphone has 6GB RAM. It has a triple rear camera setup. In which 48MP primary camera and 20MP front camera for selfie are given with punch hole display. You can also expand the memory of the phone up to 512GB if needed. This phone has been given a powerful battery of 6000mAh. The price of this phone has been kept at Rs 14,999.