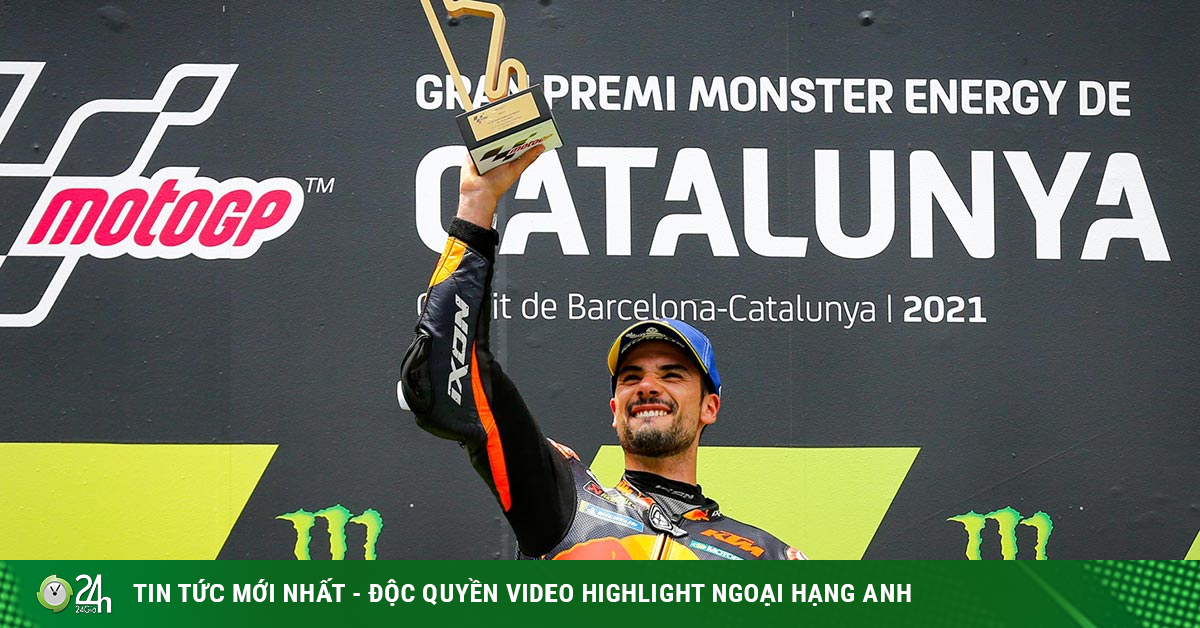 (MotoGP racing news) With the race results in 2020 and what has been shown in the first two days of racing, all predict Fabio Quartararo will have a 4th victory with relative ease. However, the rise of KTM and Miguel Oliveira is the bright spot of the Catalan GP.

With the results of the 2020 race and what has been shown in the first two days of racing, all predict Fabio Quartararo will have a 4th victory this year with relative ease. However, the sudden rise of KTM and Miguel Oliveira was the highlight of this race, helping the championship race begin to heat up.

Eric Granado continued to win the pole in the third stage of 2021 but he had problems with the start causing him to start the race from the pit-lane, losing the opportunity to score this stage. Host driver Miquel Pons started 4th but won the first overall victory after 6 laps to rise to 4th in the individual rankings. Dominique Aegerter finished 2nd and shortened the gap with the leading driver Alessandro Zaccone (finishing P4 this leg) to 1 point. Jordi Torres has the 2nd podium with 3rd place.

Moto3: Garcia has 2nd win in 3 races, closing the gap with Acosta

The 18-year-old host driver, Sergio Garcia only started 19th, but he had an impressive performance, when choosing the right position in each lap and turn. Since then, he has won the overall victory in the 7th stage of this season and returned to 2nd place on the individual rankings. The difference between winning Moto3 is only 0.015 seconds

Another host driver, the current leader of the rankings, rookie Pedro Acosta also only got the 25th ranking result. But once again he rose strongly, and even at one point rose to the top of the game. race, but he was only able to finish 7th due to losing in a stealth battle with more experienced opponents. The leading gap of the 16-year-old driver is now only 39 points. Jeremy Alcoba started and finished 2nd, only losing to compatriot Garcia by exactly 0.015s. This is also Alcoba’s best performance at Moto3. In third place was Deniz Oncu, who won his first podium after Jaume Masia was penalized one place to the finish line for running out of bounds in the final lap.

Red Bull KTM drivers Raul Fernandez and Remy Gardner proved too strong for their opponents in the qualifying round and took the first two places, with Gardner taking the second pole this season. This duo continues to make the main race their internal “field” when not giving any opponent a chance to compete for victory. 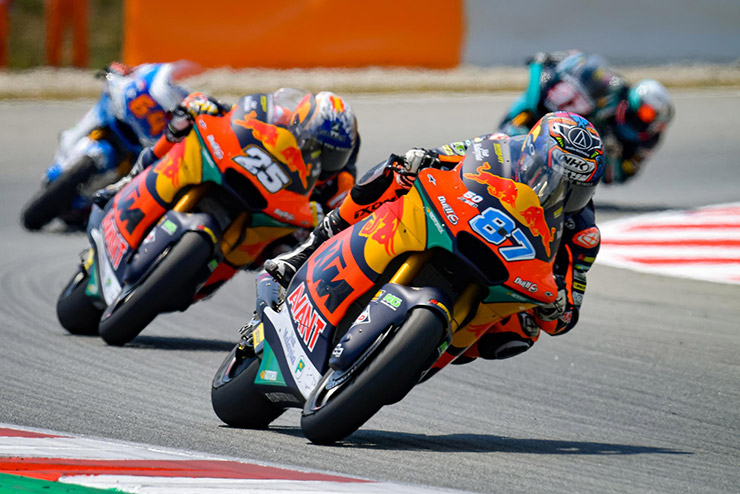 Gardner and Red Bull KTM Ajo are unmatched at Moto2

Gardner was the leader in the first 11 rounds, he let rookie Fernandez rise in the next rounds, but at the decisive moment, the Australian driver had a decisive pass and created a safe distance. Gardner got the 2nd win in a row and raised the gap on the rankings to 11 points. Fernandez ranked 2nd to help Red Bull KTM have the 3rd 1-2 win in a row this season. Xavi Vierge finished third and won his fourth podium for the first time since the 2018 Australian GP.

No one can stop Fabio Quartararo at this point, especially on qualifying day when he has his 5th pole in a row, setting a record at the newly adjusted structure in Catalunya. His main competition is still the likes of Ducati, Jack Miller and Johann Zarco, who started 2nd and 3rd respectively. The old scenario continued as Miller on the Ducati Desmo GP21 deaprt well and rose to the top when he reached the corner. 1. Miguel Oliveira (KTM) also started well from 4th to rise to 2nd. Quartararo fell to 3rd, and champion Joan Mir improved 6 places from 10th, which somewhat made the #20 driver more impatient. He made a mistake and lost 2 more places to Mir and Aleix Espargaro. In the back, Marc Marquez had an equally impressive start from 13th place to 5th after only 5 rounds, but in the end, in round 8, he “tried too hard” to have the 3rd stage in a row to give up. due to an accident.

Quartararo then calmed down to look for a chance to regain his lost position. It didn’t take long for him to overtake Miller and Mir to take second place with Oliveira now leading with a gap of more than 1s. Round 12/24, Quartararo filled the gap and returned to his original position, but Oliveira didn’t give in too soon and took the lead thanks to the KTM’s straight line speed. Since then, the Portuguese steering wheel has not stepped up but maintained a sufficient distance to keep the position, and has “broken” the tire of Quartararo. The Yamaha M1 gradually lost traction and was surpassed by Zarco to take second place later thanks to Ducati’s speed. Quartararo continued to make mistakes and ran out on corner 1-2, being penalized by the referee for 3 seconds, making him unable to keep the podium when Miller crossed the finish line right behind him. The French driver also lost his chest protector in the final rounds, an unprecedented situation. He was fined 3 seconds by the FIM referee after the race with that incident, pushing him down to 6th place, losing a total of 6 points from the actual finish.

Zarco worked hard in the last two rounds to keep close to Oliveira, but that wasn’t enough. In the end, the KTM team got their first victory of this season with the excellent performance of driver #88, the first time with the KTM factory team. Zarco has finished 2nd place for the fourth time this season and shortened the score gap with Quartararo to 14 points. Miller also has the 3rd podium in 4 stages to return to the top 3 of the rankings with 90 points. Mir ranked 5th overall in this year’s Catalan GP.

The top 3 gap on the individual rankings is now 25 points, and everything can change dramatically after just one race. Stage 7 will take place at the Sachsenring racecourse, Germany from June 18 to 20.