(Sports news, MotoGP racing news) Marc Marquez was undefeated every time he went to the COTA racetrack in the period 2013-2018 before making a mistake in 2019.

In this comeback, the former champion showed his “old silhouette” with a class performance to get his second win of the season. Meanwhile, Yamaha is getting very close to the first individual championship after 6 years of waiting.

Moto3: Rookie wins his first victory after an eventful race

Teammate of rookie Pedro Acosta, Jaume Masia marked his return to the fourth pole of his career and the first since stage 2 in Doha, Qatar. This race lacked champion candidate Sergio Gácia due to injury, but Acosta could not make good use of the opportunity when he only started P15 while another candidate, Dennis Foggia came in 2nd.

Right from the start, the one who rose to No. 1 was another rookie in high form, Izan Guevara. He was always in the lead group and held P1 when the race was halted by a red flag in lap 8 due to Filip Salac’s accident at round 11.

The achievement at the end of round 7 is counted as the result of Race 1, then the drivers enter Race 2 with 5 decisive rounds to determine the winner.

However, a serious collision in the 3rd lap later on the longest straight line between turns 11-12 occurred between 4 drivers, including Acosta. Deniz Oncu entered Andrea Migno’s lane on a straight section at over 230km/h, causing Migno to fall onto the road, causing two other drivers to crash into Migno’s car and fly into the sky.

Fortunately, none of the riders suffered serious injuries. Oncu was later banned from competing for the next two stages for causing a serious accident. Guevara gets his first Moto3 win

The representative of MotoGP and the racing team leaders had a discussion afterwards and came to the conclusion that Race 1 will be taken as the final result. Thanks to that, Guevara got his first victory despite technical problems having to give up in Race 2. Foggia finished 2nd and shortened the gap with Acosta (P8) to 30 points, while John McPhee returned to podium for the first time. after 22 stages since San Marino GP 2020.

Moto2: Raul sublimes with a winning hat-trick, opening the “door” of the championship

Raul Fernandez, although still partially affected by a hand injury, continues to maintain a high level of performance in recent stages with a 6th pole in 2021.

He had a good start to the race against the pursuit of rival/teammate Remy Gardner. Things took a more unexpected turn when Australian driver #87 made a mistake in round 7 and DNF for the first time this season. That opens up the chance to return to the championship for R.Fernandez. 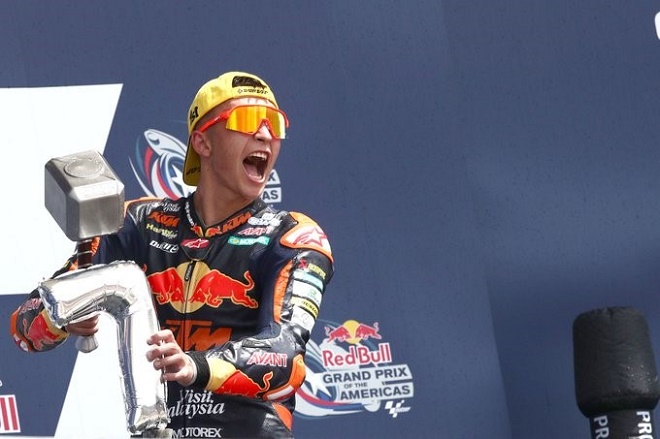 R.Fernandez equals the record of winning races in the Moto2 rookie season

Handler #25 made good use of it to get the 7th crown this season (equaling the record of a rookie winning in a Moto2 season with Marc Marquez) and shortening the gap with Gardner to only 9 points with 3 the rest of the way ahead.

MotoGP: Marquez continues to have no rival in COTA, Quartararo touches the championship with one hand

Francesco Bagnaia continues his recent impressive streak with a 3rd pole in a row and is aiming for a hat-trick at the end of this race. However, the main rivals of the Italian driver in the last 2 stages, Fabio Quartararo and Marc Marquez both appeared in the first row, heading for a very unpredictable race.

True to the title of “king” at the COTA racetrack, Marquez had an excellent departure to take the lead from round 1, followed by Quartararo, while Bagnaia fell to 4th place behind even Alex Rins (Suzuki). 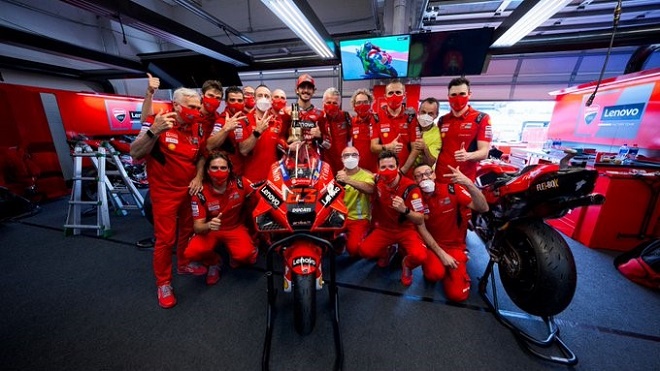 Bagnaia has 3rd podium in a row in 3 stages

Ducati steering wheel was constantly surpassed by rivals in the next rounds and had no chance to win. Marquez took the lead and started to accelerate in round 6 leaving Quartararo unable to keep up as he had to defend against Jorge Martin behind.

Marquez ran faster while the opponent could not react to his speed behind. Thanks to that, he completely mastered the race and easily went to the 7th overall victory in the state of Texas, USA. The #93 handlebars continue to dominate in their strengths, bringing the 450th podium in the highest form to Repsol Honda.

Quartararo is not as fast as Marquez but still creates a safe distance to finish 2nd, also the 10th podium of 2021 to increase the score advantage in the rankings to 52 points and have a chance to be crowned in San Marino 3 weeks later.

The ‘late’ return and last-minute effort only helped Bagnaia “recover” the 7th podium of the year after Martin slowed down and made a 4-5 corner cut that got him penalized. 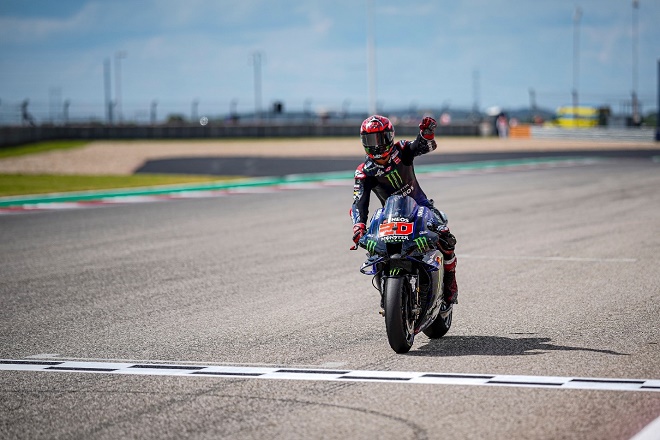 2nd place feels like a win for Quartararo and Yamaha

The duo Suzuki, Rins and defending champion Joan Mir only got 4th and 7th place; Between them, Martin and Enea Bastianini had another race to finish in the top 10 with the final P6 position due to the collision between Mir and Miller in the last round.

The 16th race of 2021 will bring the drivers back to Misano, San Marino during the weekend of October 22-24. 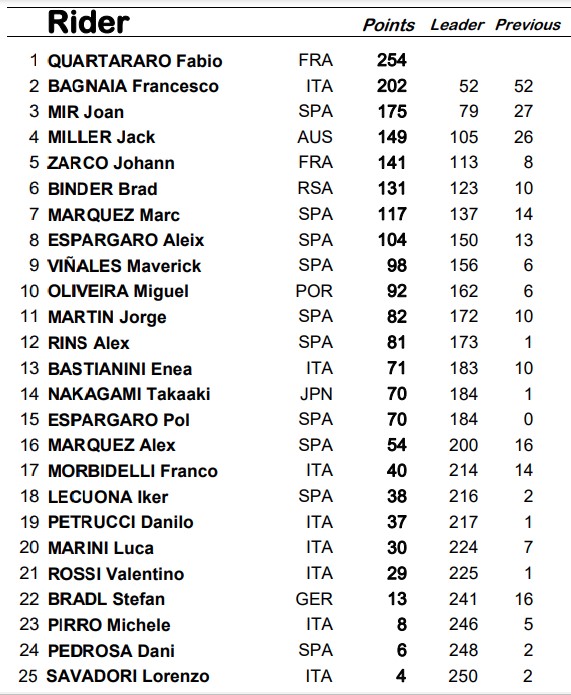 (Sports news, behind-the-scenes news) Daniel Ricciardo was worried about breaking the “curse”, but then everything went right…