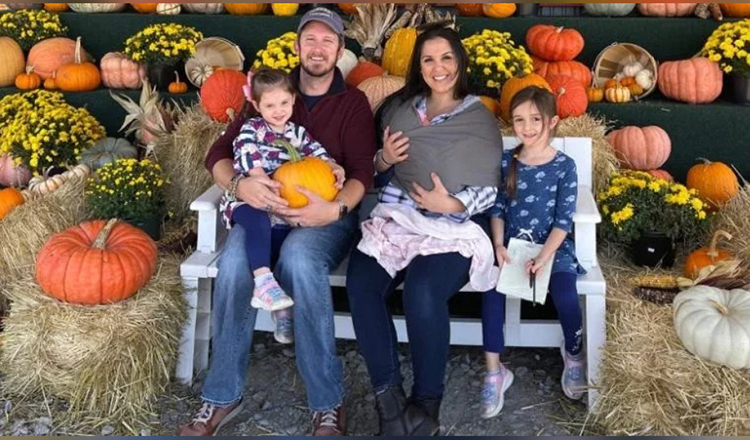 Kristin Lammert of Florida gave birth to her eldest daughter Sofia on August 25, 2015. Three years later, on that same day, her sister Giuliana was born. This year, continuing the tradition of August 25, the family’s third daughter, Mia, also cried out.

Three years ago, when the second daughter was born, the family just thought it was an interesting coincidence and the fact that the two sisters have the same birthday is not too rare.

Lemotte – husband Kristin Lammert said that when his wife was about to give birth to a third child, he was mentally prepared for “some destiny”. After much media coverage of the family’s story, Lemotte read many comments about this coincidence. “Many people are skeptical of a pre-scripted plan,” he said.

Lemotte admitted that he and his wife have a plan on when to have children, they hope to have a gap of 3 years between each child. The goal with the third child is to be born before September, because the father doesn’t want the youngest daughter to be the youngest in the class.

During Mia’s pregnancy, at 10 weeks, Kristin Lammert was diagnosed with Covid-19, then was closely monitored for possible complications. In the last days of pregnancy, she suffered from high blood pressure and constant headaches. The mother ended up giving birth two weeks early due to preeclampsia. Mia is due to give birth on September 8, and she was born on August 25, 14 days earlier.

Kristin Lammert insists she does not set a date for her baby’s birth, because it depends on the progress of health. “The doctor won’t let me give birth just because the day sounds great,” the mother said, calling it “fated”.

Mia’s two sisters are very happy that the three sisters share the same birthday. However, this year Sofia and Giuliana were not held because the whole family was hospitalized to welcome a new member.

Rob Warren, a sociology professor at the University of Minnesota, said that three babies born on the same day and three years apart is the possibility of a million couples having eight such pairs.