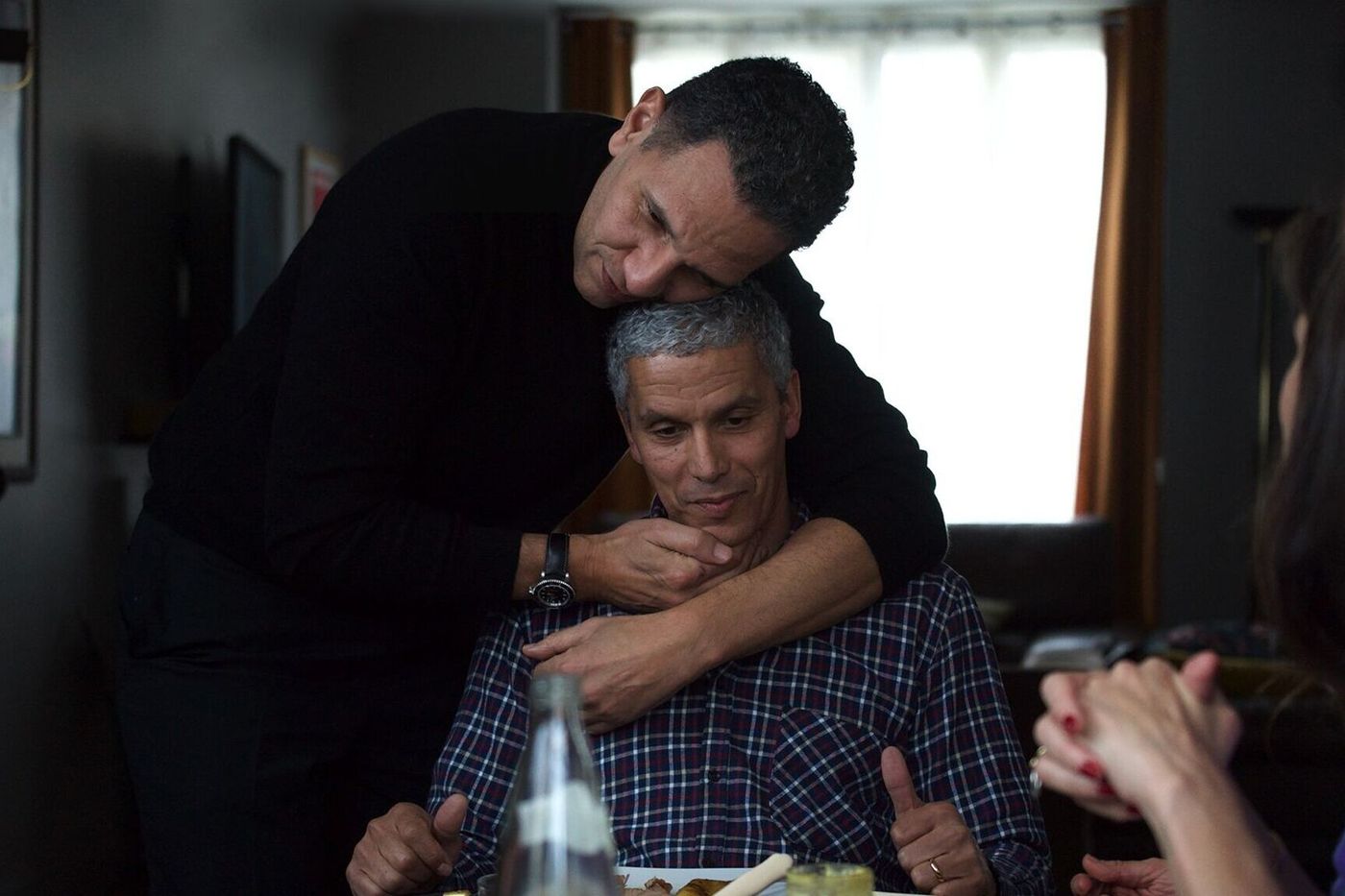 In the family imagined by Roschdy Zem, there is on the one hand Moussa, the gentle and retiring younger brother, whose calm temperament makes it possible to put a binder in this sibling crossed by conflicts. And then there is Ryad. The flamboyant elder. The one who succeeded, and made a career as a star presenter of a football show on television. Always busy, always on the phone, even during family lunches, accustomed to everything being due to him and neglecting his family who reproach him for inveterate selfishness.

The fragile relationship that unites them will be broken the day Moussa, victim of a head trauma, changes his behavior. Losing all inhibitions, the nice brother will begin to deliver his four truths to his loved ones – including his children – and shatter the apparent harmony of the family.

The situation obviously gives rise to savory comedy scenes in which Sami Bouajila, formidable as usual, gives it his all to knock out everyone’s little failings and those of society as a whole, from nephew to conspiracy theses to “ugly” videos of his image-obsessed niece on social media.

But it is above all tenderness that dominates this pretty choral film, where Roschdy Zem strips naked like never before. Inspired by his own story and that of his brother, Mine speaks to us with great sensitivity of the strength of fraternal bonds. Incidentally, the actor and director does not spare himself in the portrait of this older brother, blinded by his own success, who will gradually come to realize his shortcomings. In a very beautiful scene, Ryad takes Moussa on a trip to Normandy where they will settle the accounts.

The director’s sixth and most successful film

The film, the director’s sixth, bears the hallmark of Maïwenn with whom he co-wrote the screenplay: in its economy – the film was shot in four weeks, in the spontaneity and sincerity of feelings as well as of the acting, and in this way of filming the group in long sequence shots, camera on the shoulder and closer to the faces. “It allowed me to write quickly, directly, instinctively (…). With Maïwenn, we are immediately in the flesh. Little is theorized. We go to the essentials, recognizes Roschdy Zem.

The actress and director also appears there in the role of Emma, ​​Ryad’s wife, and as a moderating element in the conflicts between brothers and sisters. Because, beyond this bittersweet portrait of his own family, it is also a family of cinema that the director summons around him for the occasion. In addition to Maïwenn and his own daughter, Nina, we find his alter ego in the cinema, Sami Bouajila, whom he has already turned in Omar killed meand the director ofNatives, Rachid Bouchareb, in the role of another of his brothers. They allow the actor to sign his best film.