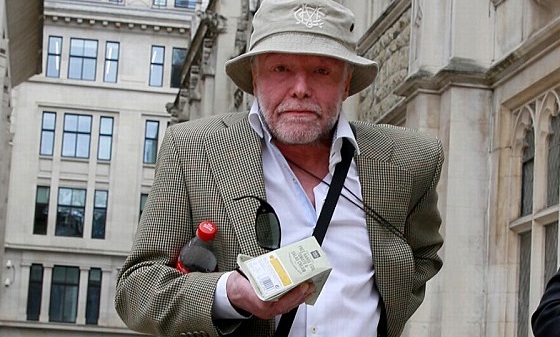 Older brotherJohn Rankin Cornforth repeatedly gave money to his close friend Simon Denyer from 2012 to 2014, but so far this person has not returned, forcing him to sue.

Court records show that in 1979, millionaire Cornforth met Mr. Simon Denyer in a pub on New Year’s Eve. When they became close friends, in 2012, Cornforth twice gave Mr Denyer, a street cleaner, a total of £76,000 to cover the costs of the divorce.

In the lawsuit, Mr. Denyer asked the friend to pay the loan for the divorce at an interest rate 1% higher than the prime rate of the Bank of England. “For me, it’s not a lot of money, but I believe he will pay,” Cornforth told the court.

Meanwhile, Denyer admitted taking out a £76,000 loan to settle the divorce. However, he thinks the £125,000 given by the millionaire friend “was a gift in times of trouble”.

According to Denyer’s lawyers, for a sanitation worker like his client, £200,000 is a lot of money. Lawyers also argued that Mr. Cornforth knew that with such economic conditions, Denyer could not return the money.

“My client is in financial difficulty so normally people will think this is a gift because he is a friend,” the lawyer said. But plaintiff Cornforth insisted “it was not a gift”. He gave money to Denyer because he believed that later, when he received the inheritance, his friend would return him.

Cornforth’s lawyer David Brounger said that the two men agreed that it was a loan and would be repaid in 10 years. Mr. Cornforth had no evidence that it was a loan, except for a document in Denyer’s divorce proceedings regarding divorce money.

“I don’t need to write a loan because I trust him,” explained the millionaire.

Both come from wealthy families. Denyer is the son of a former mayor, while Cornforth’s father is a very generous man. But their fates have changed in opposite directions since 2012.

Mr Cornforth inherited millions of pounds in cash and shares after his father’s death. Meanwhile, Mr Denyer makes a living as a street cleaner for the local council and faces a “harsh and nasty” divorce.

After two days of trial, on July 8, Judge Stephen Hellman ruled that Mr Denyer still had to pay back the millionaire’s £125,000, plus interest. However, the street sweeper did not have to pay interest on the loan to settle the divorce.

“There is no evidence that this was a gift,” the judge said.