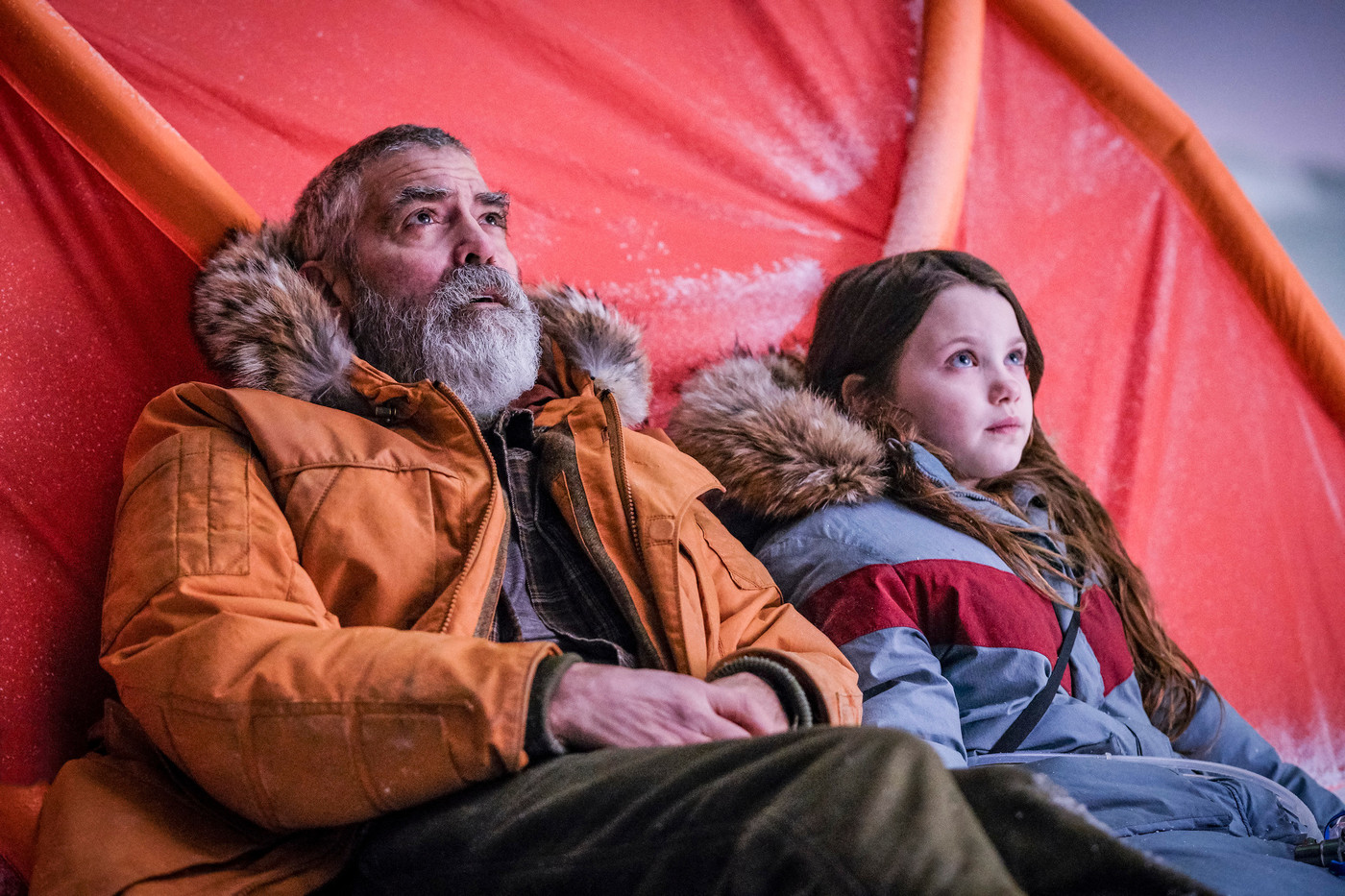 There are films which, depending on the context in which you watch them, take on a very particular resonance. George Clooney’s is one of them. As a pandemic affects our daily lives, this post-apocalyptic tale of an Earth devastated by a mysterious catastrophe preventing humans from breathing can only send us back to our own fears and our questions about the finiteness of our world.

The actor and director, whose commitments we know, obviously did not choose this story, adapted from a successful American novel (Good Morning, Midnight released in 2016) at random. But he certainly didn’t imagine how much she would echo what we’re going through.

Two films in one

The actor himself plays an aging and seriously ill scientist who, in 2049, three weeks after a tragic “event” leading humanity to its disappearance, agrees to remain alone in an observatory in the Arctic Circle recently evacuated. His last hope is to get in touch with the crew of a space mission back to Earth to inform them of the disaster. And encourage them to return to a recently explored planet in Jupiter’s orbit, K-23, which meets the conditions for the survival of the species.

The film then follows a double movement, marrying very different genres and cinematographic universes, already marked out by Hollywood. On the one hand, an almost survivalist story in which Augustin Lofthouse, accompanied by a little girl who mysteriously appeared one night, must face a hostile and icy nature to reach ever further north a base with a more powerful antenna. On the other, a space odyssey of a crew, with a pregnant woman on board, who has lost contact with Earth and must face her fate alone.

A humanist and redemptive fable

In each of them, the “borrowings” from other films are evident. For example, when astronauts face a meteor shower on a spacewalk to repair damaged devices, or when father and daughter converse through space. References perfectly assumed by George Clooney.

“The film is inspired a bit by Gravity (by Alfonso Cuaron), a movie I made, and The Revenant (by Alejandro Gonzales Iñarritu), and connects them in a natural way ”, explains the director. But unlike his models, there is no desire for the spectacular about him. Only the pretext for a quasi-metaphysical questioning on what links human beings, with this question asked : “What is left when everything around us disappears?” “

It envelops the whole film with a poetic dimension and gives it the appearance of a humanist and redemptive fable, adapted, despite the darkness of the subject, to these Christmas times. After two feature films that looked like a parody (the failure Monuments men and squeaking it Welcome to Suburbicon), George Clooney revives a form of candor in the story and a mastery in the staging, which, in the absence of great originality, have the merit of referring us to our own responsibilities as human beings.

Midnight in the universe, by George Clooney, American Movie, 2:05 AM, on Netflix.