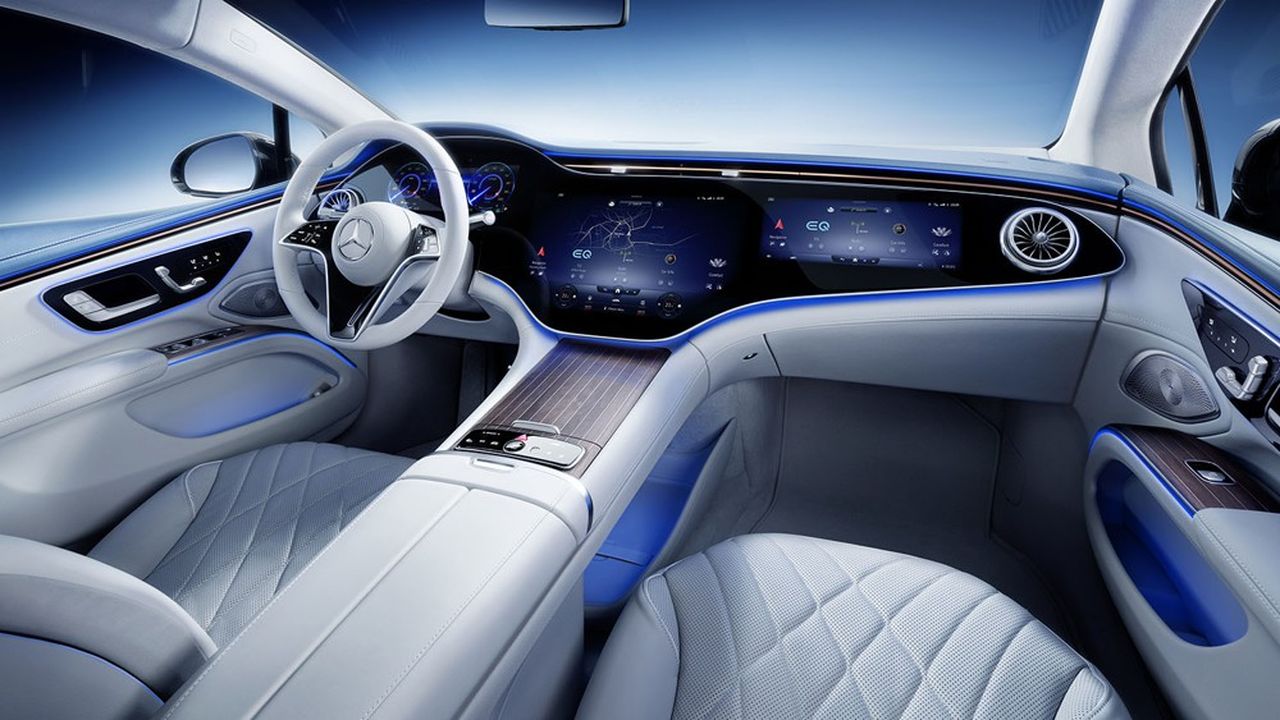 The Daimler Empire strikes back. With the EQS, Mercedes “opens a new era”, launched the boss of the group, Ola Källenius, by officially presenting Thursday its first 100% electric luxury sedan. Without ever uttering the name of its rival in this booming market, the star brand hopes to outpace Tesla’s Model S and 3 in high-end electric cars.

A 1.41 meter wide fully tactile dashboard, a range that allows you to link Berlin to Stuttgart without recharging and a software platform that prepares semi-autonomous driving: the new EQS is “a high-tech object in a luxurious setting ”, praised the leader.

A little over a year after his arrival at the head of the group, the boss of Daimler announced in October an offensive on luxury in order to give Mercedes-Benz margins worthy of a premium segment. The price of this “jewel” on wheels will not be announced until August, when it arrives at dealerships in Europe and the United States. It should reach at least 150,000 euros, anticipates Juergen Pieper, automotive analyst at Bankhaus Metzler.

The electric sister of the brand’s icon, the S-class, the EQS is one of the first models designed entirely around its own central software platform. At the heart of the project: future “over the air” contactless update services.

On the power side, the electric car has two 385 kW motors and a 107.8 kWh accumulator on its solid chassis, which allows it to reach 770 km of range, in European WLTP test cycles. The group promises in passing one year of free charging on its common network with other “Ionity” manufacturers.

In terms of form, the five meters of the sedan and its aerodynamics integrating the windshield into the hull “are a surprise because there are no surprises,” said Ola Källenius mischievously. It also plays on the solidity of “made in Germany”, with components made in Germany.

Unveiling his last born against the backdrop of an immaculate sky, the boss of Daimler also wants to make people dream. During this American presentation, he gave the floor to the director of Titanic and Avatar, James Cameron, to announce that Mercedes is making “the commitment to a better world”.

On land, Ole Källenius confirms the acceleration of Mercedes in the electric, with a fleet “neutral” in CO2 before 2039, but also a scale effect on the models of the group. The EQS electronic platform EVA should be found on several high-end models, he warned.

Barely recovered from the near commercial failure of its electric SUV, the EQC, launched in 2019, the group should offer five 100% electric cars in 2021 and 10 in 2025. From that date, a new MMA platform, in progress development, will take over.

The goal of the boss of Daimler is to “achieve 50% of sales with electrified cars in 2030”. Marking “the first major turning point for Mercedes in 10 years”, the counteroffensive against Tesla has only just begun, predicts the German automotive guru, Ferdinand Dudenhöffer.