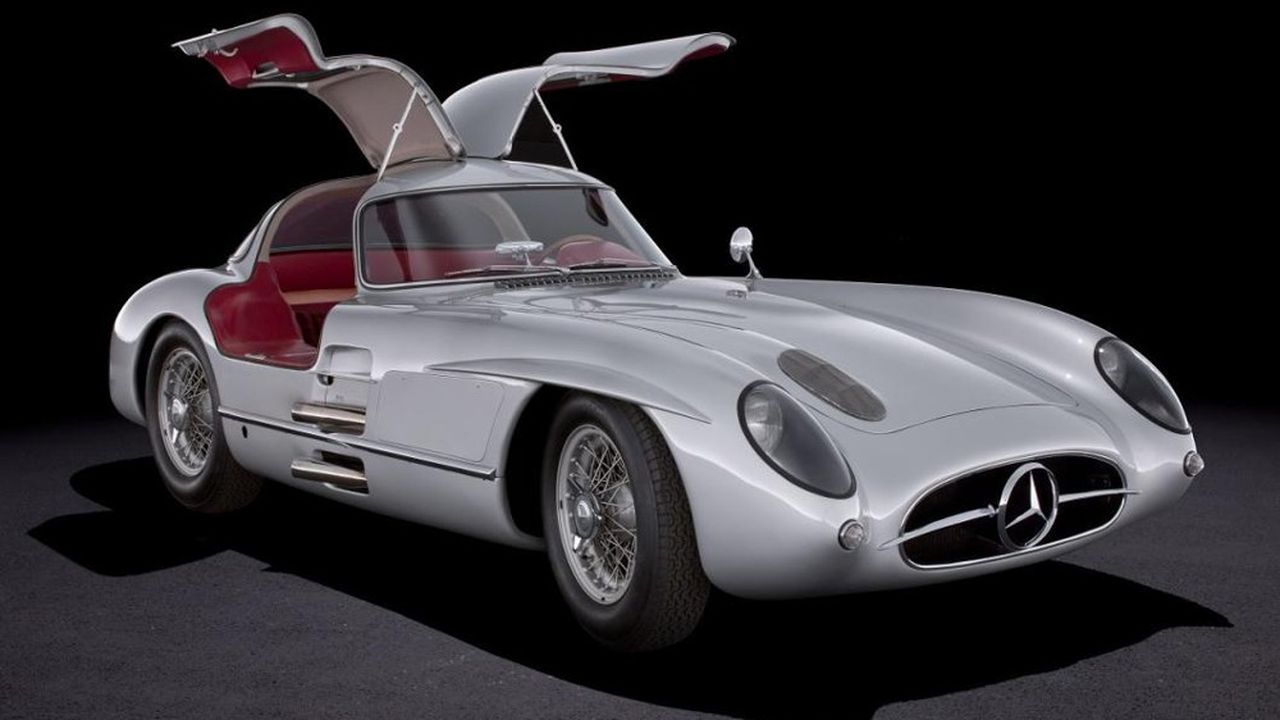 We knew the old car market was healthy, but at this point? The record sale announced Thursday by RM Sotheby’s sets a milestone that will be hard to match. Exit the Ferrari 250 GTO: the most expensive new car in the world – and by far – is now a Mercedes Coupé 300 SLR Uhlenhaut from 1955. The car was sold by the house on May 5, during confidential auctions at the museum of Mercedes-Benz, in Stuttgart, for some 135 million euros.

Oliver Barker, President of Sotheby’s Europe, said he felt “an absolute thrill to have hit the auction hammer for this masterpiece of design and engineering, which now measures itself against the greatest works of never-sold art. Mercedes dethrones Ferrari and its 250 GTO, a 1962 model of which was sold for $ 48.4 million by Sotheby’s in 2018. Elevated to the rank of a work of art by Italian justice in 2019, another of its 36 copies had was sold (privately) the same year for 70 million to David Macneil, CEO of the equipment manufacturer Weathertech.

The piece sold here is even rarer. Two Mercedes 300 SLRs were built, in 1955, but only one was put up for auction. “Few imagined that it would be offered for sale,” says RM Sotheby’s in a press release. “It is considered one of the finest examples of automotive engineering, and is often cited as the most beautiful car in the world by automotive experts and enthusiasts around the world,” says the house.

Bearing the name of its creator and chief engineer, Rudolf Uhlenhaut, this 300 SLR does not derive, as its name suggests, from the well-known 300 SL “Gullwing”, in reference to its doors which open like “wings of seagull”. It is actually a streamlined version of the W196 which dominated the Formula 1 world championship in 1954 and 1955 with Juan Manuel Fangio and Stirling Moss at the wheel.

This rich history undoubtedly explains the exceptional valuation of the model awarded by RM Sotheby’s, but it does not stop there. Because while this Mercedes distinguished itself in F1, it also caused, in 1955, the biggest accident in the history of motorsport, at the 24 Hours of Le Mans. At the third hour of the race, surprised by another car, the Frenchman Pierre Levegh lost control and violently hit an embankment, disintegrating his Mercedes and propelling the engine, front axle and bonnet into the public, killing 82 people and injuring 120. Mercedes withdrew its 300 SLRs from the race, with star crew Fangio-Moss then in the lead. We did not see Mercedes again at Le Mans until 1998…

Rudolf Uhlenhaut, who was a driver himself – and sometimes achieved the best test times ahead of Fangio – undertook to produce a road version of this racing model, equipped with these doors with the now iconic kinematics. With a speed of 294 km/h, this coupé was the fastest road car of the 1950s… information which would have been verified by its creator on the Autobahn.

A fund for decarbonization

Retired from the car industry in 1972 with hearing problems related to the noise of his cars, Uhlenhaut leaves a legacy, 70 years later, of a work of art listed “among the ten most precious objects ever sold at auction”, according to RM Sotheby’s. The record is held by Leonardo da Vinci’s “Salvator Mundi”, sold by Christie’s at 450.3 million dollars, followed by Andy Warhol’s “Shot Sage Blue Marilyn”, which left on May 9, at 195 million dollars.

Proceeds from the sale will be used to create an international “Mercedes-Benz Fund” that will provide scholarships and scholarships in the fields of environmental science and decarbonization. The Mercedes 300 SLR Uhlenhaut Coupé sold will remain available to the public on special occasions, the auction house explains, while the second model ever created will remain the property of the company. It will continue to be exhibited at the Mercedes-Benz Museum in Stuttgart.