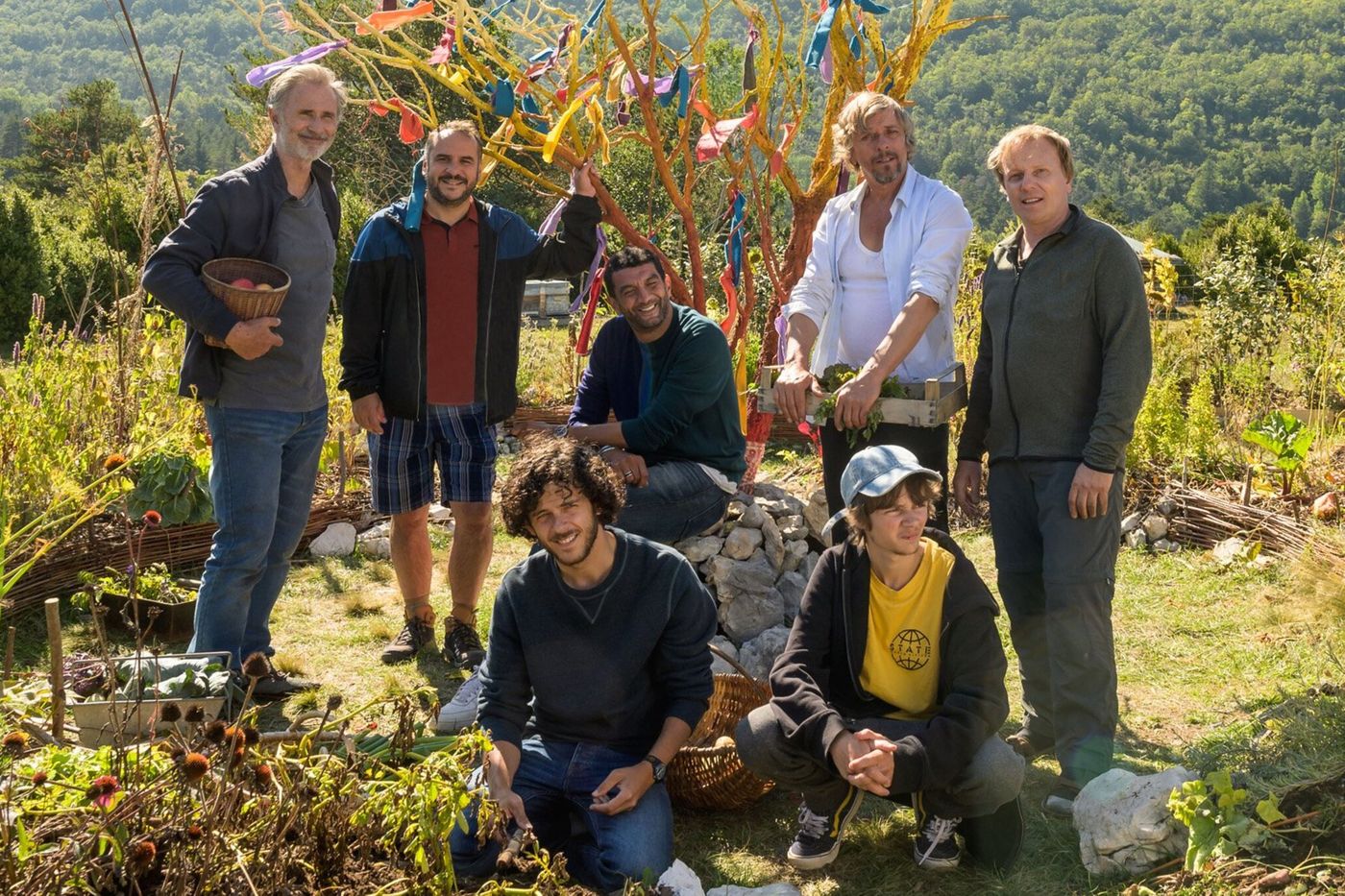 Men on the verge of a nervous breakdown **

“I hope it’s not a cult…” Seven men between the ages of 17 and 70 signed up to participate in a four-day course of psychological help in nature without knowing where they were going. The Omega promise that drives it? To feel better. For each, the road is long: bitter widower since the disappearance of his wife, asocial metro driver, adrift alcoholic, gentle father in the grip of violent crises, teenager locked in the body of a child victim school bullying…

In the small train station in the countryside where they are waiting for the coach of this therapy reserved for men, they discover that Omega is a woman. With as much gentleness as authority, she will lead them to live disconcerting therapeutic experiences in conditions unthinkable for most of these city dwellers, without a network and with Spartan comfort.

From the first images, the film sets the tone by interweaving with clarity and humor the daily life of these seven in an increasing rhythm until the breaking point which leads them to Omega. Is it because all the actors have stage and troupe experience? Actors as diverse as Laurent Stocker, Thierry Lhermitte, Ramzy Bedia and Pascal Demolon give perfect coherence to a group that never erases singularities. Their interpretations where Audrey Dana has given way to improvisations often ring surprisingly true. Marina Hands does wonders as Omega, half charismatic guru as hell, half ultra-sensitive woman herself on the verge of a nervous breakdown.

A sharp look at the male condition

If comedy takes a few marked paths such as the revelation of flaws and the march towards the resolution of everyone’s problems, it nevertheless knows how to surprise. Not all the characters are portrayed with the same finesse, but a straightforward script gives depth to most of them, with an enveloping tenderness that makes them very endearing – special mention to those played by Laurent Stocker and Michaël Gregorio.

Men on the verge of a nervous breakdown traces its path between a sharp look at the different facets of the male condition, a relevant reflection on the excesses of our society and a frank comedy where laughter is often part of the game. A very colorful image in the wild landscapes of the Vercors completes the delight and gives the impression of having been embarked on this invigorating “happy land” in the open air.