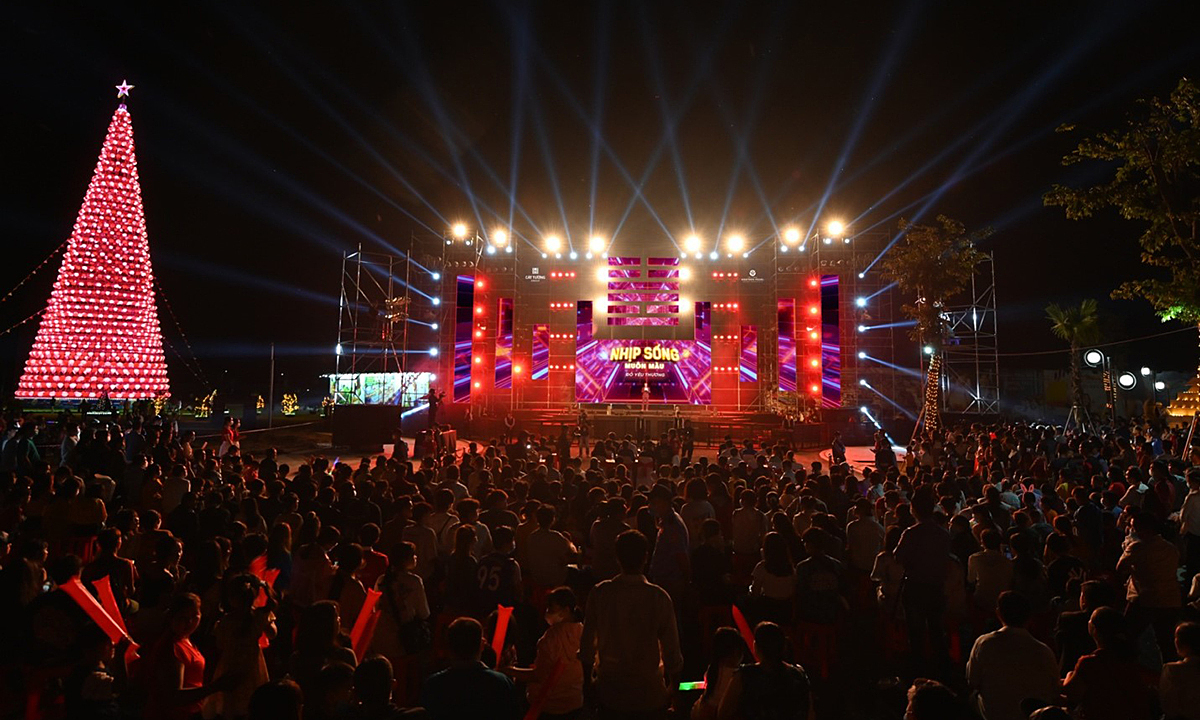 Inspired by the intention of gratitude, the concert “Christmas – Red Love” is part of a series of events “Colorful rhythm” carried out by Cat Tuong Group at Christmas and before the New Year as a gift. God sends the inhabitants to make the year 2021 brighter. Series of events are held in provinces where there are urban areas invested by businesses.

The program also impressed the residents of Vi Thanh city (Hau Giang) thanks to the eye-catching design stage, where the convergence of professional sound and colorful light contributes to the night city. modern congress.

Anh Thanh Thai (Hau Giang) said that this monumental event not only paints a colorful picture for the city at the end of the year, but also leaves many indelible residues in the hearts of local residents because of things. especially.

Ms. Lan Huong shared that she invested in the Cat Tuong Western Pearl project from 2019 and recently she also bought 2 plots of land in the Ben Thanh Pearl Commercial Quadrangle that was just opened for sale. She regularly monitors the information of this project and is known for the Christmas Eve. She was quite surprised about the grandeur and professionalism of the night after seeing it with her own eyes. This partly helps her realize the great potential of the project and make the right investment decision.

In the turn of time to welcome the new year, Christmas is an opportunity for everyone to look back on the efforts made together in a difficult year due to Covid-19. The “Colorful Rhythm of Life” music festival is like a gratitude gift that Cat Tuong Group wants to send to the community in order to spread positive energy to welcome new beginnings.

The representative of Cat Tuong Group said that with his constant enthusiasm and efforts, the investor expected to convey a meaningful message through the concert series. The event also contributes to affirm the business philosophy that must be attached to serving the society of Cat Tuong Group which has been carried out throughout the past 10 years.