(Sports News, Tennis News) Although he has just overcome Stefanos Tsitsipas quite convincingly to enter the Australian Open men’s singles final this year, Daniil Medvedev has left a very bad image, when he had a quarrel with the referee because of the picture. contacting the opponent’s father who broke the law without being punished.

Video of Daniil Medvedev’s shocking argument with referee Jaume Campistol in the Australian Open semi-final on the afternoon of January 28:

Daniil Medvedev has had the second consecutive year to play in the Australian Open men’s singles final when he has just excellently defeated Stefanos Tsitsipas after 4 sets with a score of 7-6(5), 4-6, 6-4, 6 -1 in the semi-final lasting 2 hours and 30 minutes on the main field of Rod Laver Arena (Melbourne, Australia) on the afternoon of January 28. 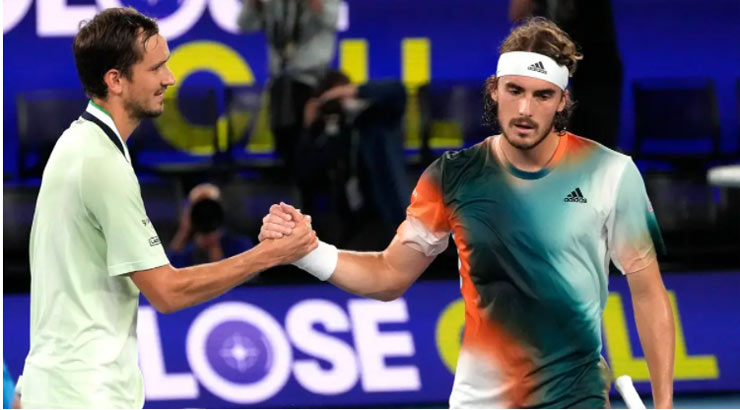 Convincing 3-1 victory over Stefanos Tsitsipas (right), Daniil Medvedev entered the Australian Open final for the second time in a row

Also in the 3-1 victory over Stefanos Tsitsipas, in the 9th game of the 2nd set, when Medvedev had just made a double serve error and lost the break, the Russian tennis player got into a heated argument with the Spanish referee Jaume. Campistol.

The 2021 US Open champion said that Apostolos Tsitsipas, the father and head coach of Stefanos Tsitsipas, had continuously had tactical instructions from the stands with his son without being sanctioned by the Campistol referee.

According to the rules of the ATP Tour, except for the Next Gen ATP Finals tournament (the tournament for the best 8 young U21 male players of the year), in other tournaments, the coach is not allowed to interfere in the match by exchange or instruct tactics for the player he leads to compete on the court.

Medvedev believes that Apostolos Tsitsipas has repeatedly violated this law and that he and his son Stefanos Tsitsipas should be punished.

According to Marca, after losing the break and letting the opponent take a 4-5 lead at the end of the second set, Medvedev had harsh shouts when arguing with the referee Jaume Campistol.

“His father (Mr Apostolos, father of Stefanos Tsitsipas) gave all the instructions. Why is he allowed to say such things? Is he (referee Jaume Campistol) an idiot? Look at that. Hey, I’m talking to you. How can you be so mean and still be in a Grand Slam semi-final?” 2nd seed Medvedev called referee Jaume Campistol a “idiot” when he was upset about the actions of Stefanos Tsitsipas’ father and coach, Apostolos Tsitsipas (who wears a mask).

In the next game, although Stefanos Tsitsipas received a warning (but not a deduction) from the referee when Mr. Apostolos, his father exchanged words with this player on the court that made Daniil Medvedev even more pressing.

At the end of the match, after overcoming the Greek player, Medvedev apologized to the referee Jaume Campistol for losing his temper and insulting the Spaniard but perhaps, a penalty. Money can be applied by the organizers with the 2nd seed before the final against Rafael Nadal at 3:30 pm on Sunday, January 30 (Vietnam time). 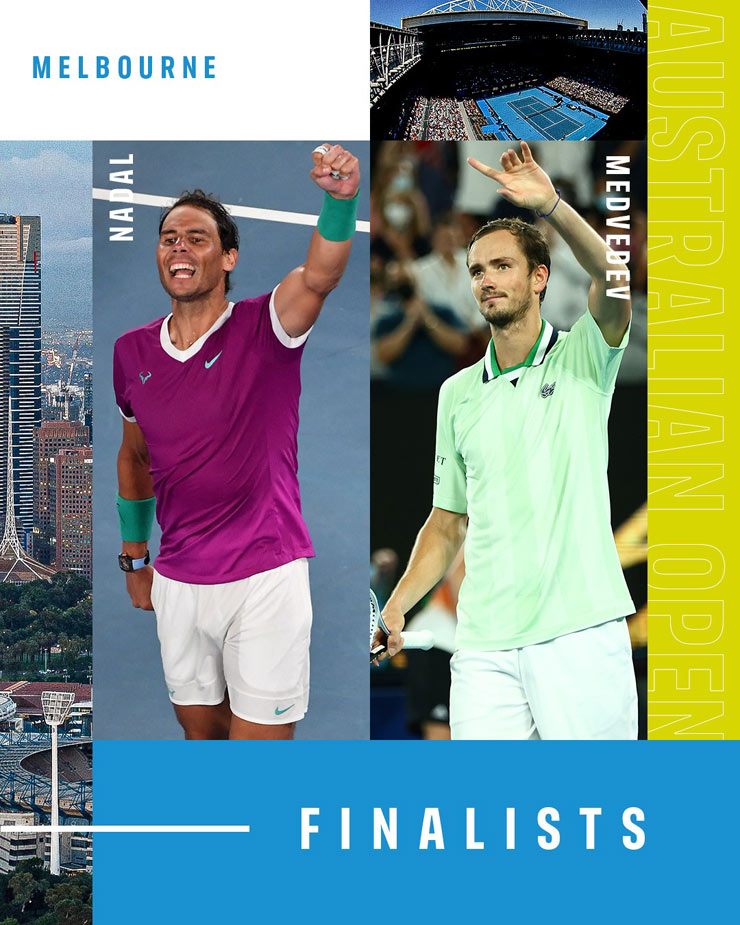 Will Rafael Nadal or Daniil Medvedev claim the Australian Open this year?

If he wins “Gaur”, Medvedev will win the Australian Open for the first time, win the second Grand Slam in his career after the US Open 2021 and officially usurp the world No. 1 player from Novak Djokovic.

On the other side of the line, Nadal is very close to his goal of surpassing Federer and Djokovic to set a record of winning 21 Grand Slam singles in his career. 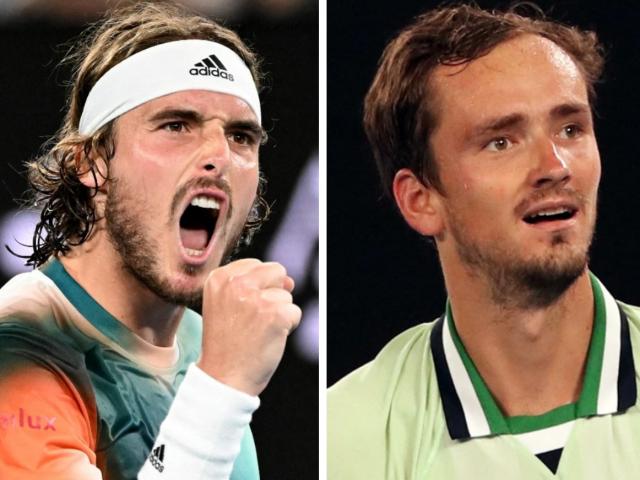