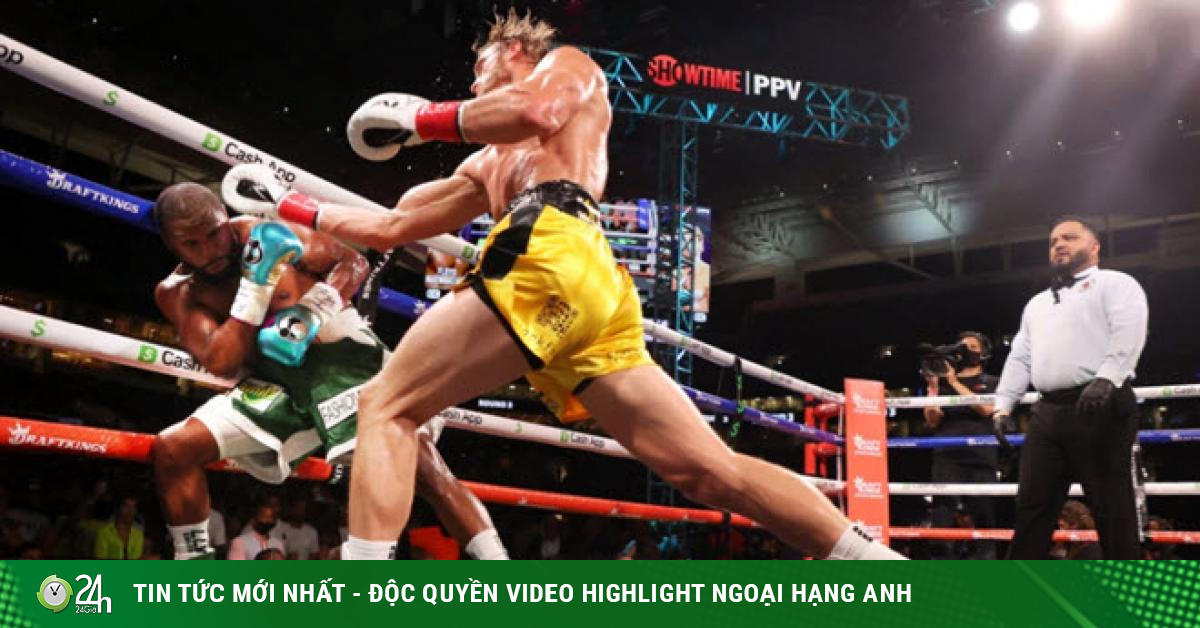 (Sports news, martial arts news) Floyd Mayweather claims to compete as an actor to earn $ 100 million, but recently the media revealed that he was seriously injured.

The “open” boxing match between the famous former champion Floyd Mayweather and the amateur boxer Logan Paul ended on June 6, but the echoes of this match persisted to the present time. Immediately after “Lonely and defeated” Mayweather announced that he did not play at all and almost only “acted” to earn $ 100 million, Logan’s side responded fairly.

Boxing legend Mayweather could not knock Logan out, which makes the statistics of hitting 27% more accurate than his opponent’s opponent meaningless. According to the law, if no one is knocked out after 8 rounds, the two boxers will end with a draw.

Despite the inferior numbers compared to “Money Man”, Paul’s coach Milton Lacroix still confirmed Mayweather was the one who suffered more damage, even bleeding, perforated one eardrum.

Lacroix told former boxer Tony Jeffries: “The person who got hurt the most in this fight, I have to tell you, was Floyd. Because Floyd was bleeding from both ears. So I think he had a serious headache. His eardrum was punctured. I didn’t shake hands because I noticed he was bleeding from his ear. I turned my back and whispered to Paul “you’ve got his eardrum punctured”.

Of course, this is just a statement from an individual, after the statement of coach Lacroix, both Logan and Mayweather have not spoken.

Maybe this is just a “colorful” statement by Coach Lacroix, because after the match there were no photos of Mayweather bleeding from his ear and it was more difficult to puncture the eardrum because the 44-year-old puncher still heard fluent after the game. (Sports news, martial arts news) An unexpected statistic shows that Pacquiao’s ability to make money with his fists is number 1 in the world…