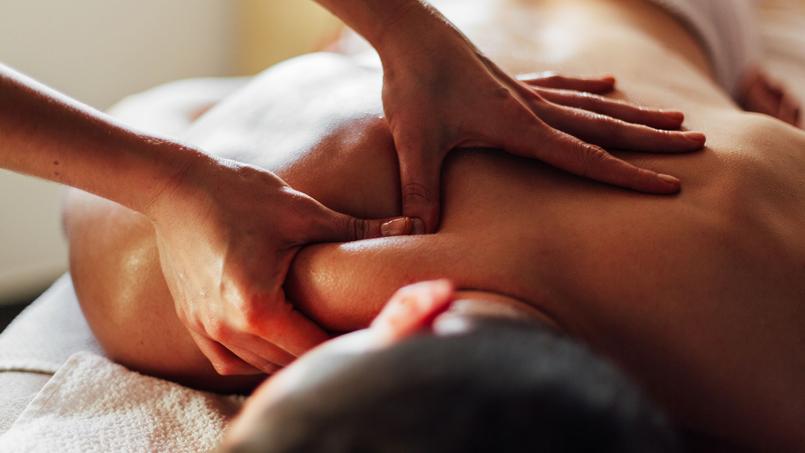 Massages are effective solutions to soothe stress and pain. These manual techniques offer real moments of letting go while overcoming many psychic and muscular tensions.

Even if the figures are lacking, massages are very successful in France. The offer has also developed so much that it is sometimes difficult to find your way between all the techniques now available to practitioners. The regulations have clarified things. Indeed, according to article L 4321-1 of the public health code of June 2016, only masseurs-physiotherapists have a monopoly on so-called therapeutic massages. “The purpose of these is to prevent the alteration of functional capacities, to contribute to their maintenance or, when they are altered, to restore or supplement them”, recalls Éric Pastor, president of the College of masso-kinesitherapy (CMK). As for the well-being massage, it is more aimed at general relaxation. Whether Californian, Swedish, Chinese (tui na) or Indian (Ayurveda), it is usually never practiced by a health professional.

In fact, the border between these two large families, therapeutic and well-being massages, is not so precise. Indeed, a well-being touch, which relaxes areas in tension in the back, can make pain disappear or even improve the quality of sleep. However, the law does not allow it to be said that this intervention is “therapeutic” (i.e. able to heal), or that the practitioners who performed these massages are caregivers. Be that as it may, these techniques, all based on the sense of touch, provide a real answer to the specific ills of our time.

Often referred to as the evil of the century, back pain (or rachialgia) is extremely widespread. Low back pain, which affects the lower back region, at the level of the lumbar region, concerns, according to Health Insurance, 84% of French people. But these contractures or tensions can also affect the cervical or dorsal region. “In a general physiotherapy practice, the treatment of spinal pain represents 60% of the activity”, believes Eric Pastor. The intervention of the physiotherapist goes beyond the massage, by also proposing mobilizations of the region concerned. “It is effective on neck pain and back pain, specifies Vivien Hausberg, physiotherapist and teacher at the Institute of training in masso-kinesitherapy (IFMK) in Montpellier. Regarding lower back pain, our massages have proven effectiveness in acute phases, if the back becomes blocked after carrying a heavy load, for example. On the other hand, on chronic low back pain, only movement and physical activity have proven their effectiveness. Well-being massages are also able to relieve back pain by reducing contractures and muscle tension.

” READ ALSO – Low back pain: causes, symptoms and treatment of the most common back pain

This is particularly the case of shiatsu, of Japanese origin. “It is a question, by exerting pressure with the fingers at the level of the meridians, of rebalancing the body, by removing the overflow of energy in certain regions to bring more of it to the parts which lack it”, emphasizes Dominique Chevalier, physiotherapist and president of the French Federation of Traditional Shiatsu (FFST). Regarding Ayurveda, medicine born in India based, among other things, on massage, the person is considered as a whole rather than reduced to a single symptom. The practitioner intervenes only after having asked a certain number of questions on the reason for the visit, but also on the temperament, the tastes, the energetic characteristics… “The application of an oil, adapted to the constitution of each individual, and the diffusion of a heat source all over the body, nourishing the tissues, have a relaxing effect on what we call the doshas, ​​the moods , explains Linda Bengaouer, Ayurveda teacher and therapist. This can have a local impact, at the level of the trapezius muscles – these back and neck muscles which are often very tense -, but also on the general state. We can intervene in cases of lumbago or bad postures. We nevertheless remain attentive to medical follow-up, as in cases of hernia or other serious pathologies. As for the well-being massages of the Thai, Californian or Swedish type, they also promote relaxation and reduce back pain.

“In the event of joint stiffness, the massage intervenes at the start of the session, indicates Éric Pastor, in order to reduce pain and make it possible to mobilize the joint to recover functional capacity.” In the field of traumatology, and fractures in particular, the different techniques used by physiotherapists also make it possible to assess the quality of tissues, adhesions, and sliding planes before beginning rehabilitation work. “In the case of rheumatism, manipulations specific to physiotherapists are effective in relieving patients, but they are carried out outside of the inflammatory phases”, adds Vivien Hausberg. In patients with fibromyalgia, a study shows that massage combined with exercises is more effective than exercises alone. Both shiatsu and ayurveda offer a very interesting complement by relaxing traumatized or painful areas. Lymphedema is an abnormal accumulation of fluid in the tissues. Whether primary (congenital) or secondary (following surgery, breast cancer or a fracture), manual lymphatic drainage can reduce edema. “The gestures are codified, based on pressure, light, said to be semi-static”, explains Vivien Hausberg. This technique is part of a more comprehensive therapy including compression bandages or the prescription, sometimes, of drug treatments.

Stress and anxiety are the other sufferings that most often motivate the use of wellness massages. Indeed, the fact of being massaged promotes a return to flexibility and mobility, including the rib cage, which allows you to breathe better. Taking time for yourself, being touched in a benevolent way provides an obvious relaxing and de-stressing effect. “Shiatsu rebalances the body by restoring energy when necessary”specifies Dominique Chevalier.

The hot oils used in certain well-being practices, and more particularly in Ayurveda, would calm restlessness, one of the sources of poor quality sleep. They would also improve digestion. Well-being massage professionals have many touch techniques at their disposal that adapt to demand. “Touch can be soft or hard, superficial or deep”, describes Alain Granger, member of the French Federation of Wellness Massages (FFMBE). It calms sleep disorders, anxiety or, on the contrary, it energizes the tired person. “Getting a massage releases tension, reduces certain fears and promotes the secretion of hormones such as serotonin, known as the happiness hormone, while reducing cortisol, the stress hormone”continues the masseur.

“The main purpose of wellness massages is to indulge yourself,” recalls Alain Granger. It is not necessary to suffer from a particular symptom to enjoy this moment of relaxation. Beyond their recreational aspect, these moments can help some people get through difficult times, such as the loss of a loved one. Once massaged, the body moves and breathes better, and copes more easily with the vagaries of life. “In Ayurveda, we are attentive to rebalancing the humors, to obtain physiological and psychological well-being”, also specifies Linda Bengaouer. It is not uncommon for people to contact a massage practitioner to relieve back pain or alleviate severe fatigue and then return, once or twice a year, for a session that is not therapeutic, but preventive. A way to take care of yourself by installing a new lifestyle.

A world tour of well-being massages

Wellness massages come from all over the world. If all advocate energizing or relaxing virtues, they have their specificity. Update with Alain Granger, member of the French Federation of Wellness Massages (FMBE).

The Californian. The person lies on a table and the masseur uses oil to perform a smooth, soft and deep massage. It gives an impression of unification of the different parts of the body.

The Swedish. It is less enveloping than the Californian because it is more segmented. The practitioner works on an arm, then a leg, etc. in kneading or kneading. This massage is practiced on a table, with the application of an oil.

Thai. The massaged person is dressed and lying on the ground. The practitioner uses his hands, feet, elbows and forearms. More revitalizing than relaxing.

Korean relaxation. It is carried out fully clothed, on the ground. The limbs can be lifted 10 centimeters from the ground and then released heavily for a vibration and percussion effect, in order to obtain a letting go.

The tui na. Born in China, it is practiced on the ground or on a table with oils. The gestures are very codified, with pressure or friction.

The lomi lomi. Of Hawaiian origin, made on a table and with oil, it involves kneading with the hands, elbows and forearms. It aims for psychological and emotional relaxation.

The basic gestures for a successful massage

The percussions. These are repeated tappings of varying intensity and frequency. The hands are vertical, flat or bell.

The slip pressure. The hands apply pressure by sliding over the treated tissues. The intensity can be superficial, medium or deep depending on the desired effect.

Static pressure. The masseur’s hands apply pressure without moving. It can be performed for diagnostic purposes.

Indications: scar massage, relaxation on a contracted muscle (such as the quadriceps).

Friction. The fingers press on a precise point then rub it This is the movement that massages the temples or the jaw.

Indications: tennis elbow (chronic inflammation of the elbow tendon), after the inflammatory period.

Effleurage. It is a very light touch that glides over the skin.

Indications: it is often used at the beginning of the session, for a contact, to penetrate a cream, or, at the end, to end on a positive note.

The kneading. It consists in kneading the skin, as the baker does with a dough. The effect is both mechanical (stretching of the muscle) and physiological (relaxation).