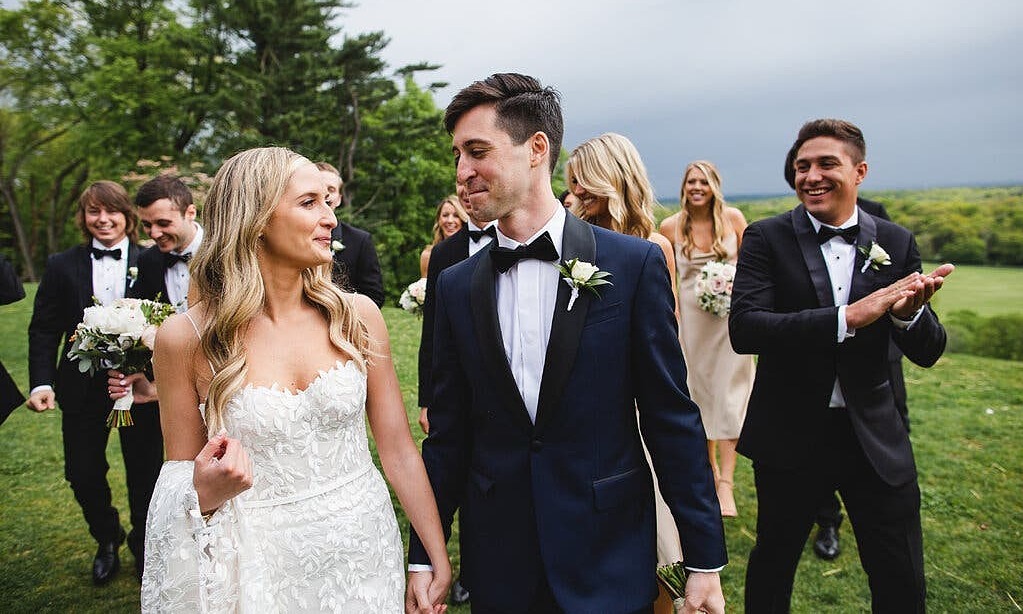 AmericaThe wedding industry has almost frozen in the past two years, but when the epidemic cools down, many people organize their weddings for the second and third time.

At the end of December 2021, Bo Hyoung Han, 37 years old and Emily Rose Lanfear-Radlo, 33 years old held a wedding in Los Cabos, Mexico, with 100 guests. This is their third wedding.

Previously, the two planned to hold a big wedding in October 2020, but due to the pandemic, they had to notify guests to postpone until 2021. Han, founder and CEO of Buzzer, a mobile platform and his bride, Twitter’s director of global partnerships, don’t accept that the epidemic stops her happy day. “We both feel ready to start the marriage,” Han said.

In June 2020, they got married, then had an official ceremony at the church. A few weeks later, the couple held a wedding again for the parents-in-law and the groom to watch via Zoom. “It’s completely simple and intimate,” says Han.

Similarly, Amanda Jane Cooper and Andrew Adams Bell also held their third wedding ceremony at a golf club in Elverson, Pennsylvania, with 135 guests in September 2021. Previously, because of Covid, the couple was forced to cancel their wedding in April 2020, then switched to a wedding at the town hall.

Weeks later, they held a second virtual wedding, in which Cooper wore a wedding dress, in the presence of family, friends, and the pastor. But the wedding via Zoom did not satisfy them. “We wanted to experience something truly meaningful, to share our happiness and receive everyone’s blessing,” Bell said.

At the time of the virtual wedding, they told the guests to hold the wedding ceremony again, in person, and hoped everyone would attend. “We know that not everyone is excited to attend my wedding for the third time, but emphasizing that their presence has been the greatest gift,” said Cooper, an actress.

The desire for more people to celebrate has also inspired India Oxenberg, 30, and Patrick D’Ignazio, 31, to plan a second wedding this September, a year and a half after their only one wedding. witness.

Oxenberg, a social media mogul living in Los Angeles, only needs a legal marriage. But D’Ignazio, a chef living in Key West, wanted more. “I have a lot of friends and relatives so I want a big wedding,” he said, expecting the ceremony to have 100-150 guests.

Finally, he made his girlfriend who has known each other since 2018 see the joy of the second wedding ceremony. “Our family has never met. They only talked briefly on the phone due to Covid-19 so this will be an occasion to look forward to,” she shared.

Dallas-based wedding planner Steve Kemble calls it a “multiple wedding” and says holding multiple ceremonies is a tradition in many cultures and religions. This trend was born out of the pandemic and will continue to exist as it allows “couples to create authentic memories”.

According to Nora Sheils, chief executive officer of Bridal Bliss, a wedding planning company in Portland, Oregon, couples hold their second and third weddings, mostly to invite guests, not to involve legal proceedings. physical. This trend will continue to accelerate until 2023.

However, then the trend will quickly stop.” At this point, people have seen the misery of other couples when holding weddings during the pandemic, so they are still supporting. But if this trend lasts long. , it will bore everyone. No one wants to go to the same wedding over and over again,” she said.

Bao Nhien (According to Nytimes)