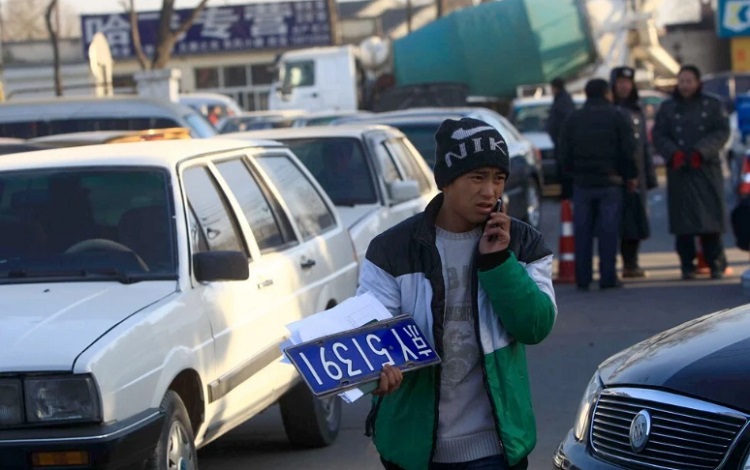 ChinaBeijing city authorities have removed a fake marriage line to trade car registration, in which the woman has been married and divorced 28 times.

Beijing is famous for being polluted and crowded. The city government has to strictly limit motor vehicle registration. On average, one in every 3,000 applicants is granted a license plate for a fossil fuel (gasoline, oil) car.

Those who want to be legally issued license plates may have to wait 9 years, the local traffic authority said. This has pushed the “black market number plate” market to thrive. There are more and more legal tricks, in which, there is a popular way of being a unit specializing in matchmaking, helping a person who aspires to be issued a license plate, to marry someone who already has a license plate. The owner will transfer the name of the vehicle registration to the person who needs it, then both divorce.

A recent week, the authorities have investigated and removed fake marriages to trade in license plates. In it, the police arrested 166 people on suspicion of being related to the illegal license plate trade.

Among the suspects, a 26-year-old woman is believed to have been married and divorced 28 times since 2018. “She is one of 124 people in custody facing charges of fake marriage. This is said to have successfully transferred 23 licenses in the past two years, “said a representative from the Beijing police office.
Another woman, 37, was accused of marrying 17 times and transferring 15 license plates.

In Shanghai, auction plans to issue license plates have been in place since the 1990s. The bid is in the range of 90,000 yuan and is expected to rise as the city tightens up on vehicle licensing.

Fake marriages are widely used in Chinese society, not just to get license plates.

In this country, the urbanization process takes place rapidly. As a result, many buildings were demolished for compensation. Hearing the announcement that their house was being dismantled, many single people rushed to marry. Because as a rule, there is one more person living in the house, the compensation will be more. Couples often share this extra amount and then break up.

Last year, 11 members of a large family in eastern China are said to have been married and divorced 23 times in two weeks to make money on an urban renewal project, when their village prepare to demolish.

Intelligent Update (According to the SCMP)