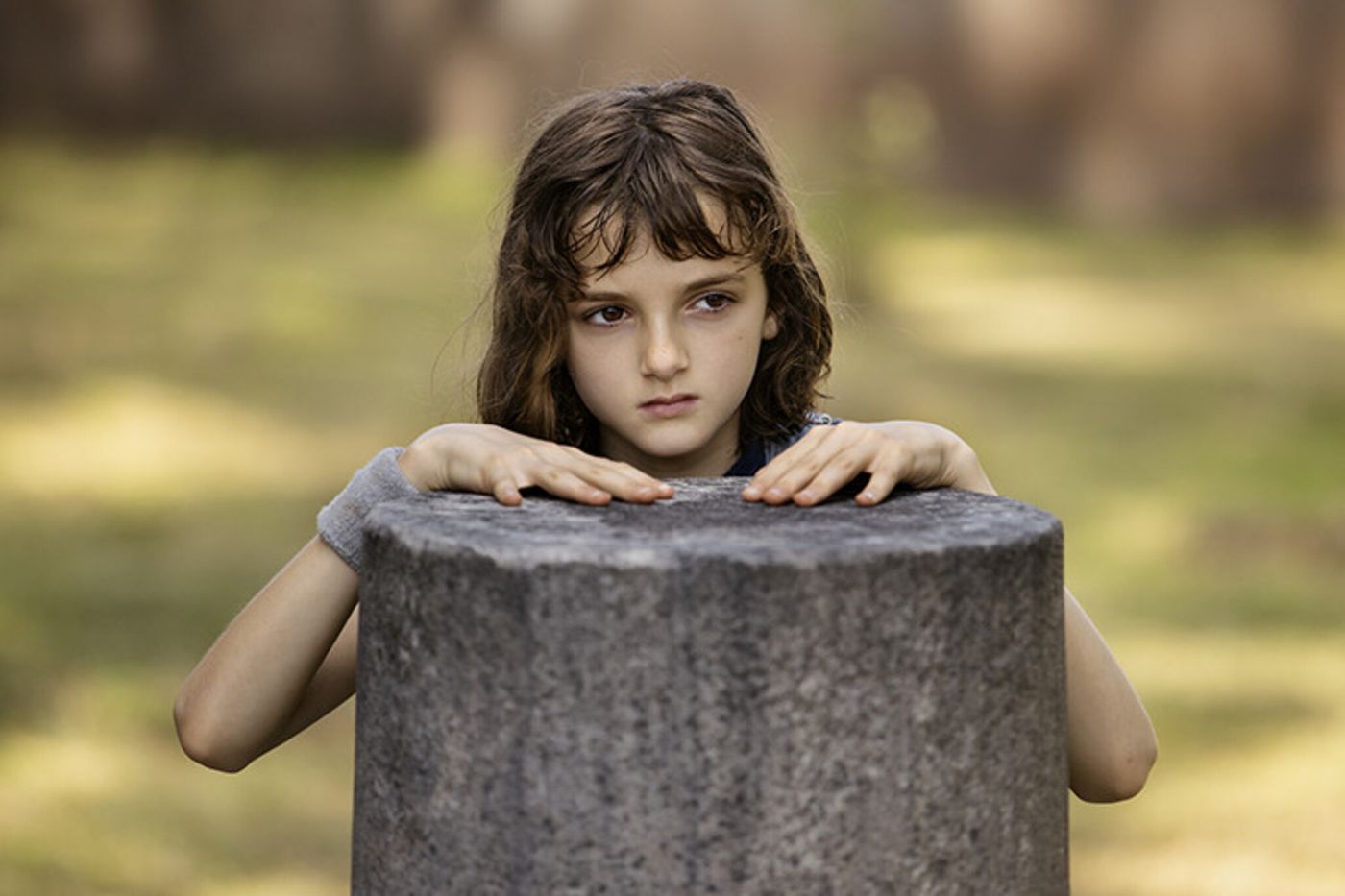 Difficult to compete with Marcel who has everything going for him: an innate acting talent and an unequaled ease in front of the public, the love of the mother and a silky coat. Because Marcel is a dog who performs day after day in street shows with the one who adopted him. Everyone has their score without words, everyone knows their role perfectly, everyone takes their share of applause at the end of the performance. Marcel receives so much affection from the actress that she seems unable to give any more to her daughter.

During this stifling summer, the kid wanders between the shabby family apartment, that of her grandparents where the photo of her missing father seems to crush everything, and the alleys of a city in agony. On the squares, she invariably bumps into her mother, her audience and the unmissable Marcel, the object of all kindness. From a distance, she observes a group of older girls she would like to play with, but only one unattractive boy finds interest in her company. One evening, the little girl imagines a way to perhaps finally get her mother’s attention.

There’s nothing like the cinema to evoke the dampness and boredom of summer. Marcel! excels in this heavy genre. Sticky hours and endless days pass slowly. The same scenes seem to repeat themselves endlessly. Actress Jasmine Trinca (The Son’s Room by Nanni Moretti Our best years by Marco Tullio Giordana, For all time by Ferzan Ozpetek) goes behind the camera for the first time in order to transpose with some distortions his relationship with his mother. The child behind the director is not far away: it is much more to the little girl that she attaches herself than to the adult whose disturbing indifference the spectator hardly understands.

Jasmine Trinca says she draws her inspiration from Charlie Chaplin and the comics with Snoopy and Charlie Brown, which hardly appears. Rather, a strong baroque poetry emerges, with long silences, sad decorations punctuated with bright colors, a chapter with its numerous, talkative and abstruse cartoons, a false gaiety and highlighted messages (“It is to art that we owe life”). Alba Rohrwacher and little Maayane Conti, whose big eyes devour her face, do not manage to thwart the terrible boredom that weighs on the spectators during the hour and a half of the film, which seems to last twice as long.