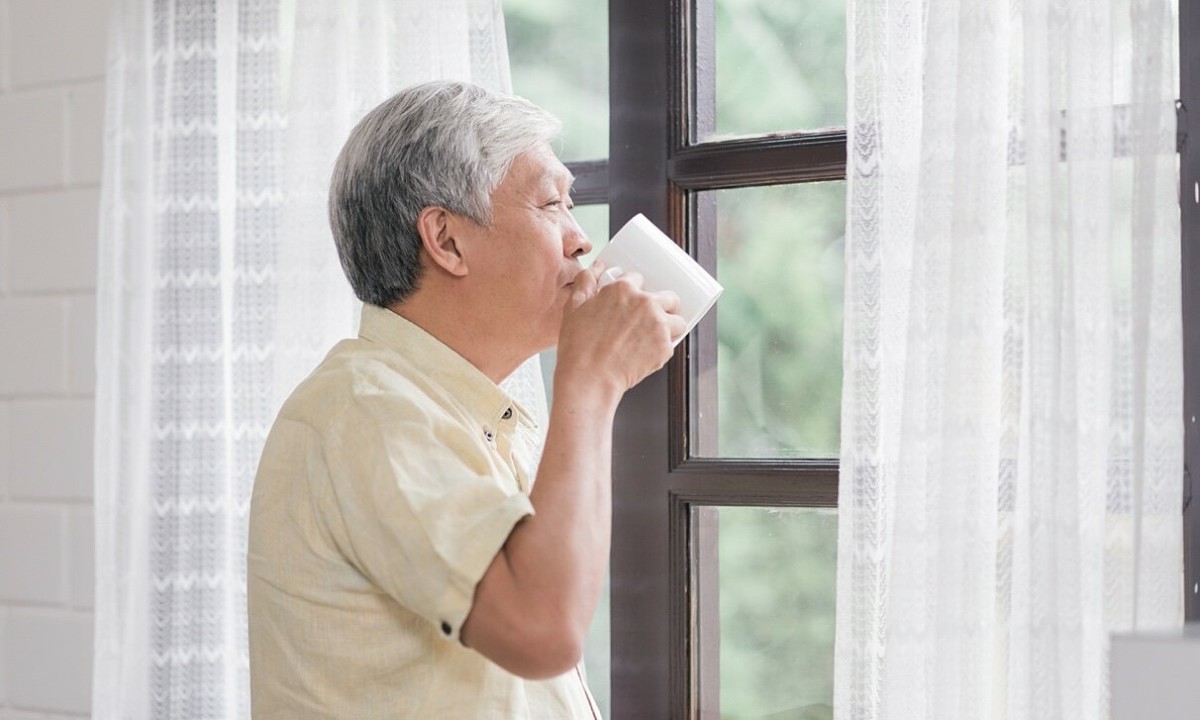 Mr. Quang and his wife, Ms. Hue, have lived in a boarding house for 17 years near Cat Lai industrial zone (HCMC), not having enough money to prepare for life in old age.

In a hostel on Nguyen Thi Dinh Street, near Cat Lai Industrial Park (Thu Duc City, Ho Chi Minh City), there are nearly 30 households renting. They are mainly laborers working in Cat Lai industrial park and Cat Lai port. The longest stay in the area is Mr. Vu Van Quang and his wife, Nguyen Thi Hue, 17 years. With the couple’s income of 18 million VND/month, Mr. Quang said that he could buy an apartment on installments, but they chose to rent in a room of only 20m2, along with electricity and water bills, each month not less than 3 million VND. .

“If you buy a house with installment payments, you have to pay the bank at least 7-10 million dong per month. This amount is a bit too much compared to my husband’s income. Living expenses, two children’s education, I also have to save some money to visit my hometown from time to time. With that, I don’t have any money, not to mention unexpected illness,” said the 47-year-old worker with 19 years of working in Cat Lai industrial park.

People who “do today take care of tomorrow” like Mr. Quang are not a few. Data from the survey “Readiness for independent life in old age” conducted by Prudential Vietnam in collaboration with the Institute of Labor and Social Sciences (Ministry of Labour, Invalids and Social Affairs) and the Institute of Medical Research – Sociology conducted in 2020 on 500 people in Ho Chi Minh City and Hanoi shows that, out of 10 people surveyed, only 4 people have financial plans to prepare for old age.

Meanwhile, Vietnam entered a period of population aging from 2015. According to the data of the 2009 Vietnam Population and Housing Census, people aged 60 years old accounted for 8.68% of the population, about 7 ,45 million people. By 2019, this number has increased to 11.86%, or about 11.41 million people. It is forecasted that by 2036, within 15 years, the elderly will account for about 20% of the population.

Many localities are even experiencing an aging population faster than the national average. Typically, the population aging index of Ho Chi Minh City is currently at 49.4%, approximately 1% higher than the whole country. Notably, compared with countries that have experienced population aging, both Vietnam’s level of economic development and per capita income are lower.

The rapid population aging will cause many problems, while Vietnam has less time to adapt to an aging society than developed economies. In the report “Vietnam: Adapting to an aging society” published by the World Bank (WB) in October 2021, Vietnam will only need 20 years to enter the aging population stage. Meanwhile, France needs 115 years, the US 69 years, Japan and China 26 years. Worryingly, the process of valuing our country’s population took place when the per capita income was still low.

First of all, an aging population will go hand in hand with spending more on health care, retirement, pensions, social security… While the time for Vietnam to prepare to adapt to an aging population is short. much higher than that of other countries, leading to the country’s accumulation not keeping up with the needs of society.

In addition, the majority of elderly people do not have material accumulation, which is a very vulnerable group to economic and social risks. The structure and pattern of diseases of the elderly in our country is also changing according to the increasing trend of non-communicable diseases, high medical care costs, and more overloading pressure on hospitals.

The experience of “active aging” of developed countries can be a lesson for Vietnam to develop policies. Many countries with very old populations but still among the top developed and high-income countries are Japan and South Korea. Active aging is about proactively preparing for this phase on three policy pillars to address economic issues, health and social participation of older people.

Some countries in the region with Vietnam have also soon prepared for the aging population. For example, the Thai government set up a program to monitor people’s health status, and at the same time expanded the coverage of health insurance, making it mandatory for people and workers to include both the formal and informal sectors. join the social insurance system.

In the past 10 years, Vietnam has begun to prepare for an aging population. Including the reform of the social insurance system to attract more people to participate. This is an important policy to ensure income and pension for the elderly in the future. The government also develops programs to take care of the people’s health, especially the elderly.