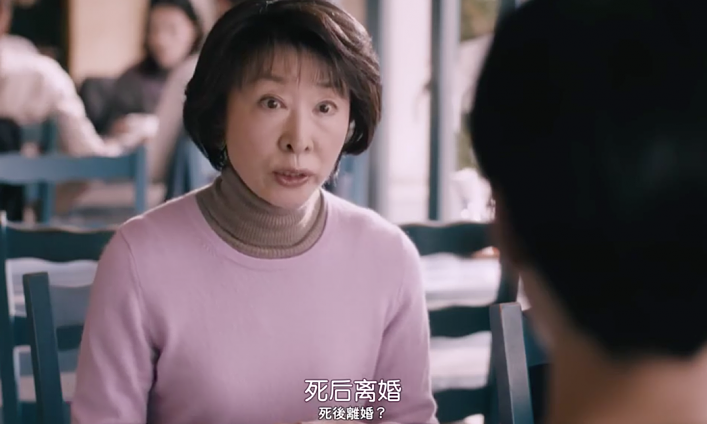 The marriage was not “quiet”, the relationship with the husband’s family problems or the financial burden forced many Japanese women to file for divorce from their deceased husband.

Dramma “I’m gonna die soon, anyway …” (Original name: Sugu Shinun Dakara) based on the novel of the same name by author Uchidate Makiko released on NHK last August has created a fever. The film tells a story that is increasingly popular in Japanese society: Many women want to get divorced after their husbands die.

In the movie, the heroine is a woman who can cultivate her family and loves her husband and children. In middle age, she still maintains a beautiful, youthful appearance. Married life until one day when her husband suddenly died. In addition, she discovered her husband had an illegitimate child. Shocked, outraged, the main character decides to apply for a divorce from her dead husband.

The story on this movie is completely non-fiction. The annual report of Japan’s Ministry of Justice shows that the number of Japanese women asking for divorce from their dead husbands has increased dramatically in recent years. In 1998, this number was 1,629 people. By 1998, the figure was more than 2,000. By 2016, the number of Japanese women who wanted to end their marriage with a dead husband was 4,032. From 2018 up to now, the number has continued to increase, currently more than 10,000 cases. It is estimated that within 10 years (2008-2018), the initial number has tripled.

There are many reasons for Japanese women to choose to divorce their dead husbands, but focus on two main factors.

First, they do not want to continue having relationships with their husband’s family. The Japan News newspaper pointed out, many women do not want to be bound by their parents, siblings after their partner has died. In addition, Japanese civil law contains provisions on the obligation of siblings, children, and parents to support each other. Thus, in many cases, even if the partner dies, the wife still has to fulfill the obligation to support her father, mother-in-law, due to the concept of “being a bride must take care of her parents”. Unable to bear this bond, many women, especially those with economic difficulties, will decide to divorce their deceased husbands to avoid having to continue the support obligation.

Second, “run out of love” with the dead. This is said to stem from conflicts when the couple were still living together, or in the case of the aforementioned Sugu Shinun Dakara movie, the wife realizes her husband’s betrayal, when living does not respect her, does not want to “stick chirped “anything about the husband, even the person died.

To do the divorce procedure for the deceased partner, Japanese women apply to the Household Registration Office to request the termination of the marital relationship with the person they married. This procedure is similar to divorce proceedings. However, an application for divorce of the dead will not need the consent of the paternal family. Applications can be approved and effective on the same day. In addition, by law, the divorce of a deceased person will not affect the entitlement of the original inheritance, nor the calculation of the survivor’s pension.

According to Japanese lawyer Tatsuya Hagiwara, in addition to the “advantages” as said, the divorce with the deceased husband also has some disadvantages as the wife will not continue to receive help from her husband’s relatives. both financially and mentally) or have to be active in a new life, including home (if living with her husband’s family before).

Thuy Linh (According to UDN)