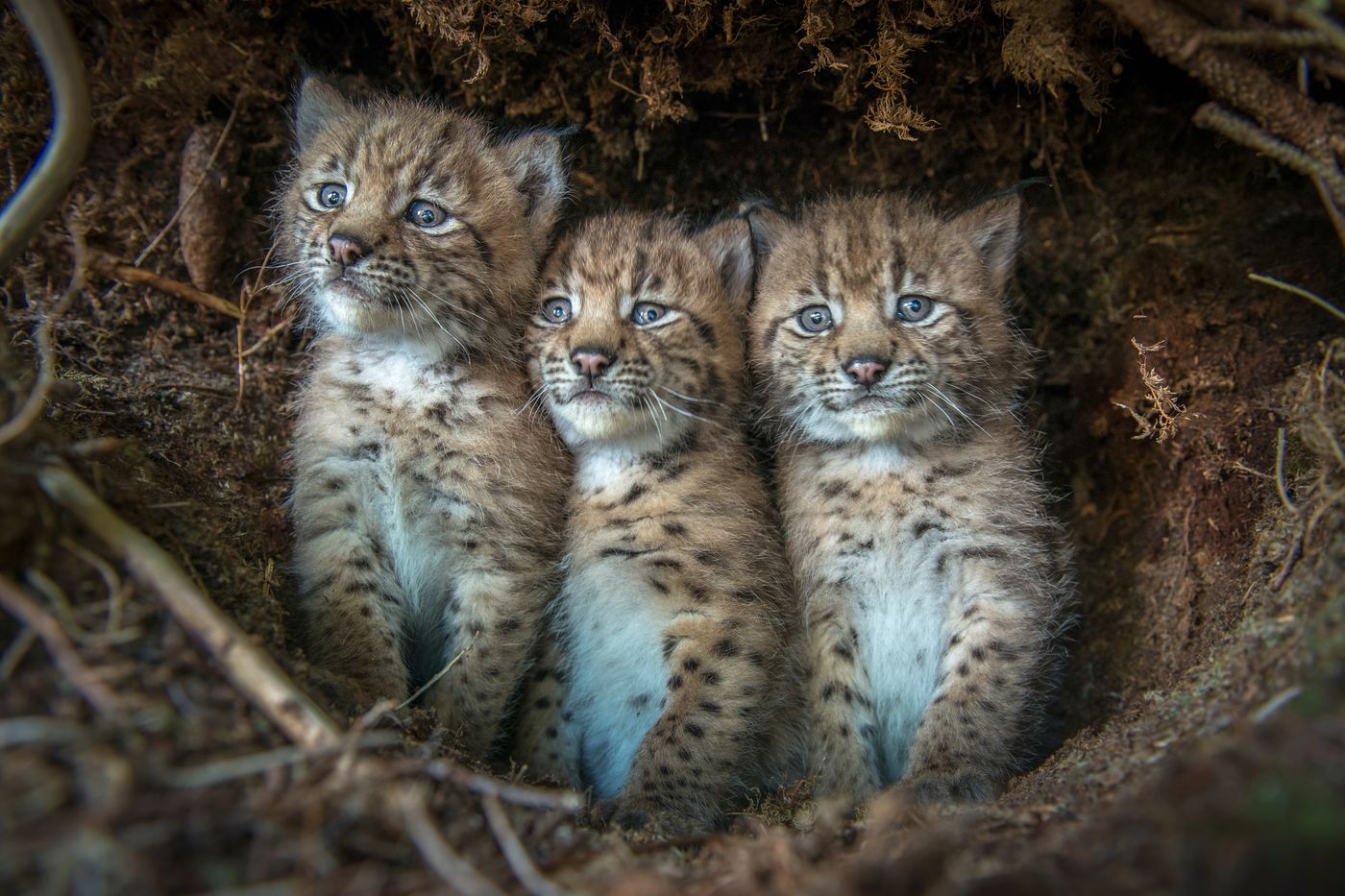 It is discreet but, once seen, it is easily recognized. Collar of long hair around the neck, triangular ears surmounted by a tuft of black hair, short tail and long legs: the Eurasian lynx fascinates with its crazy elegance and the proverbial acuity of its gaze.

A quality shared by Laurent Geslin, animal photographer, who has been following the largest feline in Europe for nine years, and in particular in the Swiss Jura, where the animal was reintroduced in the 1970s. It is in this massif that the lynx, exterminated in the XIXand century and today threatened species, is the most present, with nearly a hundred individuals.

In the superb forests of the Jura mountains, this reintroduction of the great predator has not disturbed the ecosystem. On the contrary, says Laurent Geslin, it has allowed nature to find a beautiful balance. By chasing chamois and roe deer, which tend to eat the young shoots of trees, the lynx, which does not or only rarely attack domestic herds, allows the flora to renew itself.

Avoid the pitfall of anthropomorphism

The story that the documentary filmmaker seeks to tell is both educational and embodied. It allows spectators to witness the season of love, followed by the birth of a family and its sometimes tragic destiny. The heart sinks when one of the adorable kittens is, after a few months of existence, killed by a poacher or run over by a car. This is why Laurent Geslin advocates a more significant and rapid reintroduction of the feline, which migrates little, unlike the wolf, in European forests.

→ VIDEO. In the Jura, the lynx victim of road accidents

The great merit of this documentary intended for a family audience is to avoid the pitfall of anthropomorphism. It offers spectators in need of nature its share of surprising images: the joyful leaps of young chamois on almost vertical rocky slopes or the appearance of a weasel piercing the heavy snowpack. It also lets you hear amazing sounds: the growl of the lynx, the roar of the deer and the high-pitched whistle of the grouse.

However, it is unfortunate that Lynx, filmed with a lot of drones, is not tarnished by the sometimes soothing and often redundant comments of the documentary filmmaker. The spectacle of nature is often enough on its own…