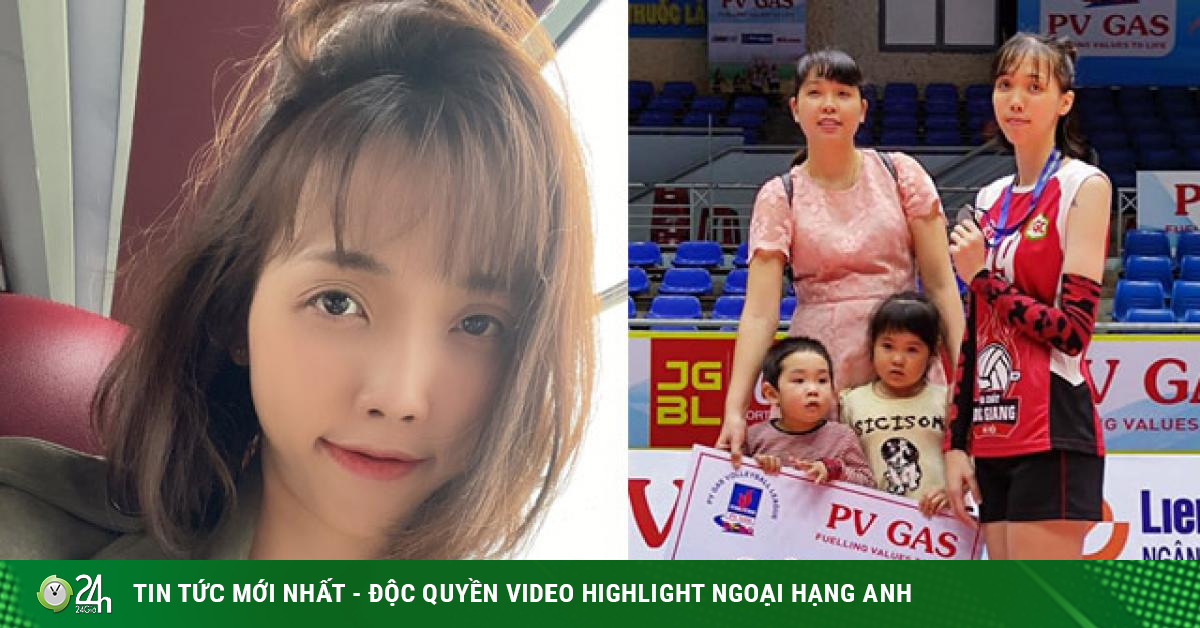 The Industrial and Commercial Bank Club led by former volleyball beauty Kim Hue had an unsatisfactory debut against the heavily invested team Doveco Ninh Binh. Although in the squad of Thu Hoai, Le Thanh Thuy, and Ninh Anh, on the other side, the ancient capital team has the “notorious” spear of Bich Tuyen.

Bich Tuyen’s diverse and strong scoring phases almost “ripped” the defense of the Industrial and Commercial Bank, dissolving the owner of Ninh Binh was almost an “impossible” task for the Bank girls. Losing 3 sets of 17-25, 20-25, 21-25, respectively, the Bank of Industry and Trade fell to the last position of Group D women.

Through 4 sets of attractive doubles, The Cong won 3-1 (22-25, 25-18, 25-23, 25-19), thereby taking 3 points to temporarily lead Group C for men. At 8 p.m. tonight, 2 other men’s group C teams, the host Trang An Ninh Binh and Binh Duong Construction Materials, will face each other. This match promises to be extremely interesting, because the two opponents are rated very strong.

With the excellence of Bich Thuy, Ly Thi Luyen, Tu Linh and the experience of Nguyen Thi Xuan, the club from Hanoi won 3-1 against Dak Lak.

Before the match fans were waiting for Ly Thi Luyen (1m90 height), the highest owner of the second round of the 2021 National Championship shined and the girl born in 2000 did not disappoint the audience.

With a momentum of up to 3m08 and a range of approximately 3m, Luyen is a sharp attack point and also becomes a solid “wall” to help coach Nguyen Huu Ha’s team win. In addition to hitting the ball to score points, Luyen also directly jumped to block the ball to bring the decisive score to help Hanoi bronze medal beat Dak Lak 3-1.

With 3 points, the Hanoi bronze medal temporarily rose to take the first place in the women’s group D, Dak Lak ranked last. This group also has the presence of Industry and Trade Bank, Ninh Binh Doveco and Geleximco Thai Binh.

At 16:00 this afternoon, taking place the remaining match of the women’s group D, the Industrial and Commercial Bank faced the home team Ninh Binh Doveco. (Sports news, volleyball news) The second round of the national volleyball championship (National Championship) in 2021 will take place from December 14 to December 25…