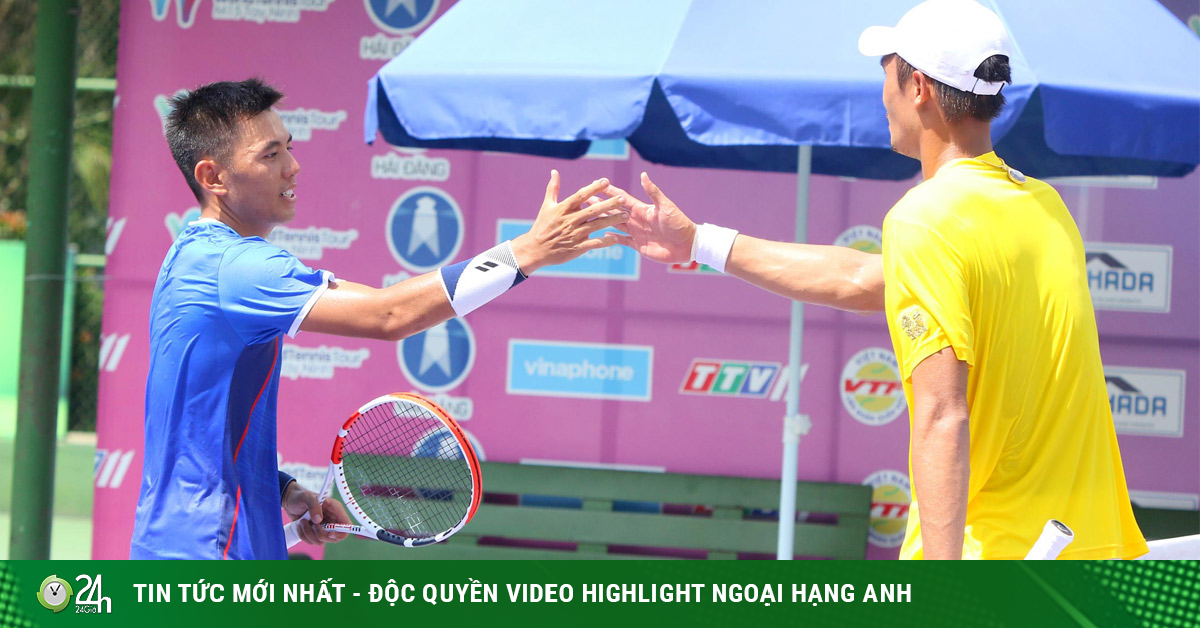 With powerful hits from the end of the field, Hoang Nam broke first to lead 3-1. However, soon after, Wishaya Trongcharoenchaikul immediately demanded a break. The first set struggled until the 10th game, Hoang Nam excellently broke the opponent’s serve game to win 6-4.

Continuing the excitement, Hoang Nam soon broke at the beginning of the second set to take a 4-1 lead. With nothing left to lose, the Thai player suddenly played extremely well with very strong serves and extremely dangerous forehand shots to reclaim 2 breaks and take a 6-5 lead. The climax of the match came in the 12th game, Hoang Nam excellently broke the opponent’s serve game to equalize the score 6-6, putting the second set into the tiebreak series.

Although there was a time when he faced the set point, Wishaya Trongcharoenchaikul could not take advantage, while Hoang Nam was more brave to win 9-7 in a brain tiebreak series, thereby winning 2-0 in the end with the scores 6. -4 and 7-6(9-7) after more than 2 hours of competition. 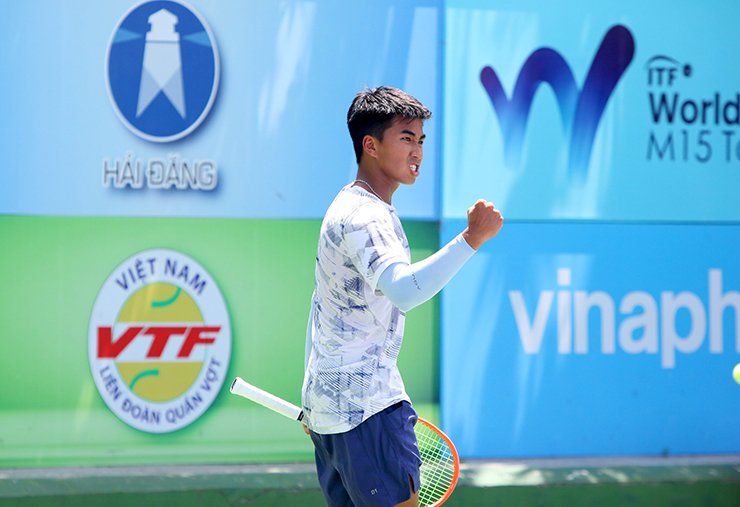 In addition, Vu Ha Minh Duc continued to surprise when he had an impressive victory over Taiwanese – Chinese opponent Lee Kuan Yi (970 ATP). Minh Duc got off to a great start to take the lead 5-1. However, the lack of international experience caused the 19-year-old Vietnamese player to immediately lose the next 6 games, thereby losing the first set with a score of 5-7.

Very soon, Minh Duc regained his composure. The young player played well in the second set to win 6-2. Entering the decisive set, Minh Duc continued to overwhelm the opponent. When Minh Duc was leading 1-0 and leading 40-0 in the second game, Lee Kuan Yi resigned, thereby helping the 19-year-old player to put his name in the quarterfinals as well as be sure of 2 points on the table. ATP rank. In the men’s doubles event taking place in the afternoon of the same day, Ly Hoang Nam and Le Quoc Khanh excellently overcame Kazuma Kawachi (Japan) and Lee Jae Moon (Korea) with a score of 6-3 and 6-2 to win. tickets to the semi-finals.

Notably, with the Indian couple Reddy Rishi and Suresh Dhakshineswar suddenly giving up, Hoang Nam and Quoc Khanh went straight to the final. The opponent of two Vietnamese players will be the winning pair in the remaining semifinal match between Huang Tsung Hao/Yin Bang Shou (Taiwan – China) and Shohei Chikami/Masamichi Imamura (Japan) which will take place in the afternoon. June 17th.