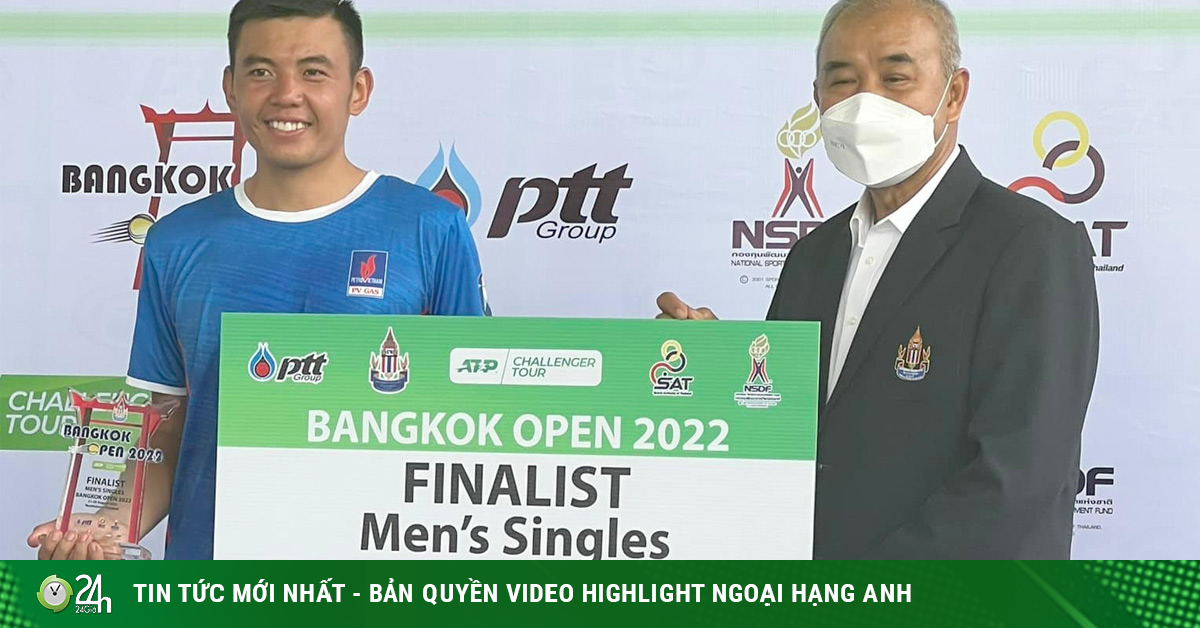 (Sports news, tennis news) Vietnam’s No. 1 tennis player officially took over the world’s top 300 after a spectacular journey at the Bangkok Open 1 professional tennis tournament at the Challenger Tour level.

Before coming to Thailand to attend the Bangkok Open 1, Hoang Nam was 18 points away from the top 300 in the world. The number 1 player in Vietnam set a target to try to enter the top 300 ATP this year by accumulating scores at 2 Challenger Tour level tournaments in Thailand and 2 M25 professional tournaments held at Tay Ninh’s home field in the coming year. end of September beginning of October.

Not many people expect Hoang Nam to be able to complete this goal right at the Bangkok Open 1 because in the past, Hoang Nam’s best achievement at a Challenger Tour tournament was only to reach the 2nd round.

Hoang Nam opened his unforgettable journey with a dramatic victory over 252 ATP ranked Australian player Dayne Kelly. In the past, Hoang Nam has faced Dayne Kelly 3 times but only won once.

In this reunion, Hoang Nam made the opponent difficult with a variety of attacks from the end of the field. After winning the set 6-4, the Tay Ninh tennis player continued to overcome his opponent in the tie-break series of the second set to win 7-6(4) and win the final with a score of 2-0. Hoang Nam reached the top 300 in the world with 290 ATP position, a historic milestone for Hoang Nam personally as well as for national tennis.

Entering the round of 16, Hoang Nam’s challenge increased when his opponent was Illya Marchenko (308 ATP). The Ukrainian tennis player once ranked 50 ATP and once defeated former world No. 1 Andy Murray in the final Biella Challenger last year.

Before a class opponent with a height of 1m85, Hoang Nam lost the first set 4-6. The number 1 player in VN suddenly rose strongly to win the second set with a 6-1 difference. In the third set, Hoang Nam delighted the fans with many spectacular break point saves to win 7-5, thereby winning the final 2-1 after more than 2h30′ of competition.

Reaching the quarterfinals, Hoang Nam encountered the biggest obstacle in the tournament, which was the No. 1 seed Alastair Gray. The 24-year-old British tennis player ranked 256 ATP has a height of 1m93 and reached the second round of Wimbledon in June this year. Before his opponent was 72 steps ahead of him, Hoang Nam, with his eye-catching way of serving the ball, won the first set 6-4. The more excited he played, the more Hoang Nam won again in the tense 2nd set with a 7-5 difference to win the right to continue.

In the semi-finals, Hoang Nam and Dane Sweeny (Australia, ranked 341 ATP) gave the audience an extremely fierce match. Hoang Nam won the set 6-4. Dane Sweeny won the second set breathlessly after a tie-break series with a score of 7-6(2). Although he soon lost the break in the first game of the 3rd set, Hoang Nam won 6-3 in reverse to win the final 2-1 after nearly 3 hours of competition. Hoang Nam’s impressive performance even made the opponent so angry that he threw the racket.

Before entering the final against Valentin Vacherot (ranked 344 ATP), Hoang Nam dominated the statistics of the tournament when he was the name with the most direct serve (Aces) with 23 times, ranked above Vacherot (21 times). Hoang Nam is also the player with the highest percentage of points after serving 1 with 108 points, reaching 81.2%. The second ranked person is Vacherot with 79 points, reaching 79.8%. However, in the final, Monaco’s 1m93-tall player had an excellent performance with countless direct scoring serves and extremely powerful shots with very high accuracy. Despite his best efforts, Hoang Nam still hung up the final racket with a score of 3-6 and 6(4)-7.

Although not crowned champion, but with 30 bonus points for the first Challenger Tour runner-up in his career, Hoang Nam rose 38 places to rank 290 ATP. This is a special milestone not only for Hoang Nam personally but also a historic milestone for the country’s tennis.

After this tournament, Hoang Nam will continue to stay in Thailand to attend the professional tournament Bangkok Open 2 taking place from August 29 to September 4. The challenge for Hoang Nam in the opening match will be the Japanese number 3 seed Uchiyama Yasutaka (ranked 264 ATP). This match is scheduled to take place on August 30. 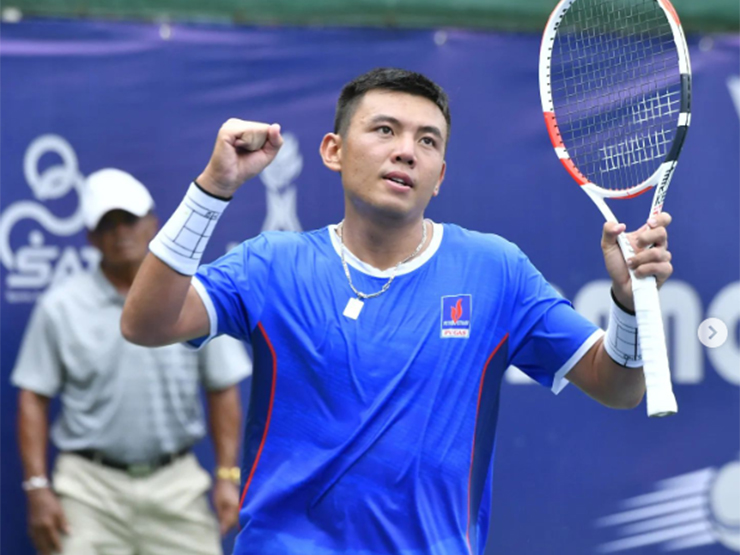 (Sports news, tennis news) Despite playing extremely resiliently, Ly Hoang Nam still could not win against the strength of Valentin Vacherot, a player with a height of 1m93…