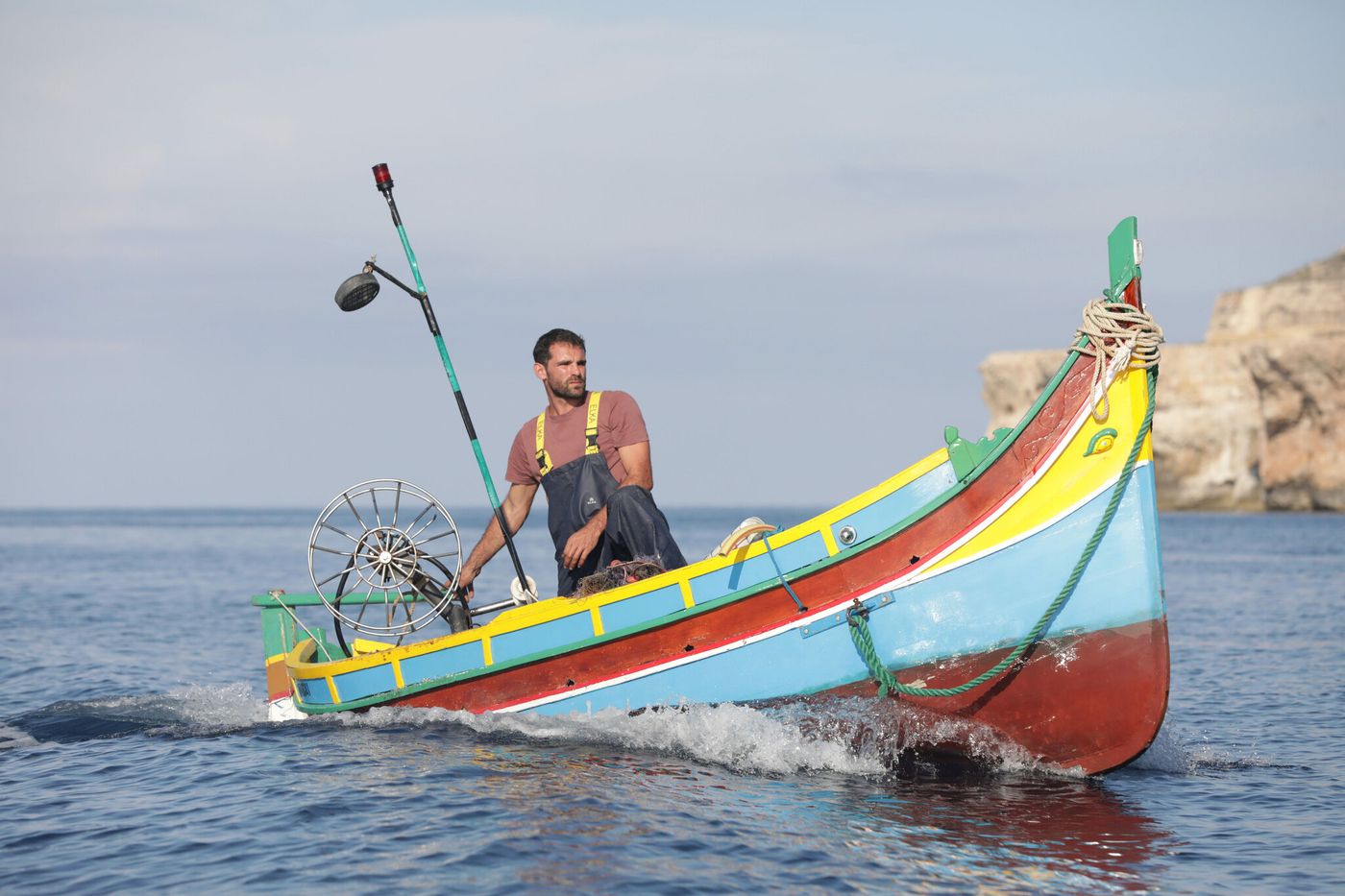 the luzzu is one of those traditional brightly colored wooden fishing boats from the island of Malta. With its characteristic two eyes painted on the bow. The cousin of our southern “pointus” in a way. Except that if, with us, these are hardly used any more only on a private basis, in Valletta they continue to coexist with the big industrial fishing vessels. Jesmark, descendant of a line of fishermen, tries somehow to continue to practice his trade the old way, with the help of his cousin David. But, like his boat which takes on water from the first minutes of the film, his financial situation will go from bad to worse.

The scarcity of resources such as the policy of quotas which obliges him to put back in the water these swordfish, however so sought after at auction, no longer allow him to feed his family and pay for the medical care of his baby. Deprived of his boat temporarily in dry dock, despised by his in-laws, Jesmark is forced to make radical choices.

If the film begins as a Ken Loach-style social drama, with its documentary context perfectly describing the ravages of liberal European Union policy, its second part turns into a thriller, exploring the twists and turns of parallel fishing markets and the mafias who hold them.

But Alex Camilleri, American of Maltese origin whose first film is, never loses sight of his subject. He remains until the end centered on the character of Jesmark and the abandonments to which reality forces him to consent. That of his boat and the identity it represents, diluted in forced modernity. That of innocence, finally, shaken up by the arrival of a child and the use of illegal practices. A portrait all the more touching since it is embodied by a real fisherman from the island, Jesmark Scicluna, who blended with amazing ease into the fictional scenario that the director built for him.