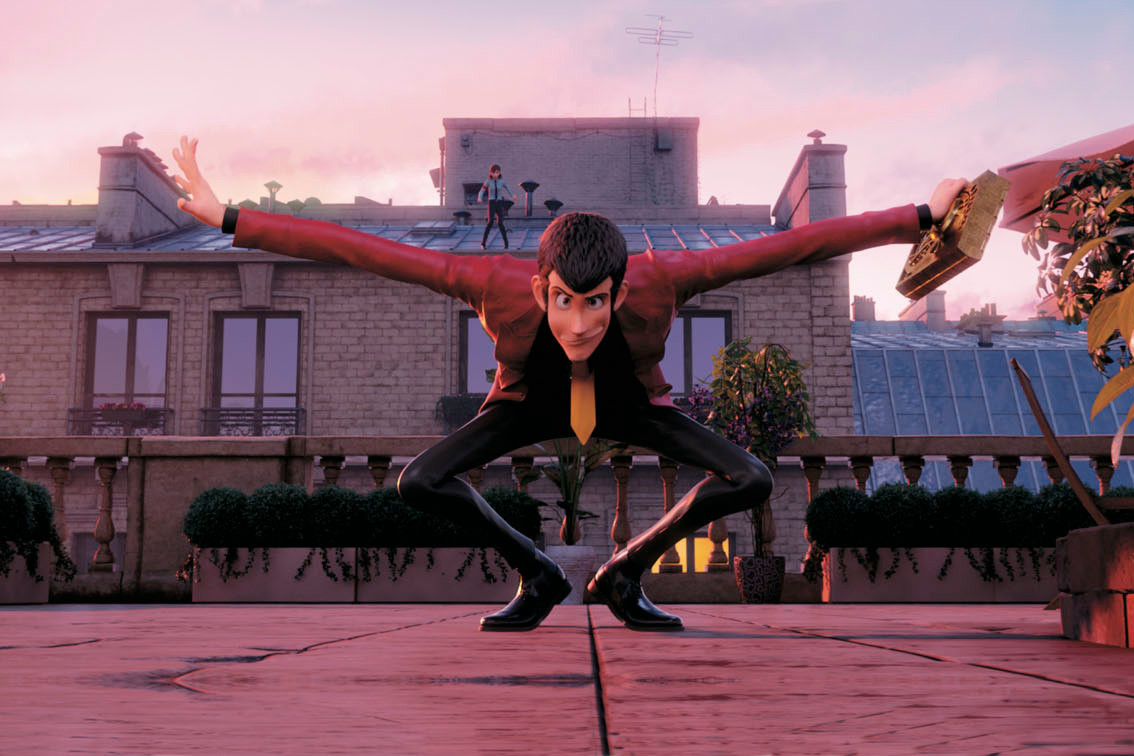 Did you know ? Arsène Lupine had a grandson. Imagined in 1967 by the mangaka Kazuhiko Kato (alias Monkey Punch), Lupine, 3rd of the name, espoused the same vocation as a burglar as his ancestor, while being a little less a gentleman. His manners are more familiar and his elegance quite relative (yellow tie on a red jacket…), but he cultivates the same taste for disguises and pretty women…

Overwhelming success in Japan, where the bad boy side of Lupine III seduced readers, the comic book has been the subject of numerous animated adaptations, series or feature films. The most successful version is undoubtedly Cagliostro Castle (1979), very first feature film by Hayao Miyazaki, future co-founder of Ghibli studios (My Neighbor Totoro, Spirited away). A wonder of good-natured entertainment, this funny and exciting cartoon finally hit theaters last year.

Hard to compare Lupine III: The First to Miyazaki’s first film… It has neither the charm nor the fantasy and its scenario is not very original, since it takes more or less the plot of the third part of the adventures of Indiana Jones (The last crusade, 1989).

In Paris, at the end of the 1950s, the hero tries to get hold of the diary of an inventor named Bresson, a treasure that even Arsène Lupine has never managed to steal. Lupine III and his companions have to face former Nazis in search of the secrets recorded in the famous manuscript.

Driven with beating speed, this new production has opted for a hyperrealistic computer-generated animation which does not always suit the zany tone of certain cartoonish antics of Lupine. If the movements and expressions of the characters do not have the same flexibility as in cartoons, computer-modeled animation can however create action scenes. spectacular, like this incredible chase on the Paris ring road. Their excess also creates the comic shift specific to the spirit of the original manga.

Despite all its flaws, this umpteenth Lupine adventure has the tasty taste of good-natured entertainment whose only pretension is to steal a few smiles from the spectators.