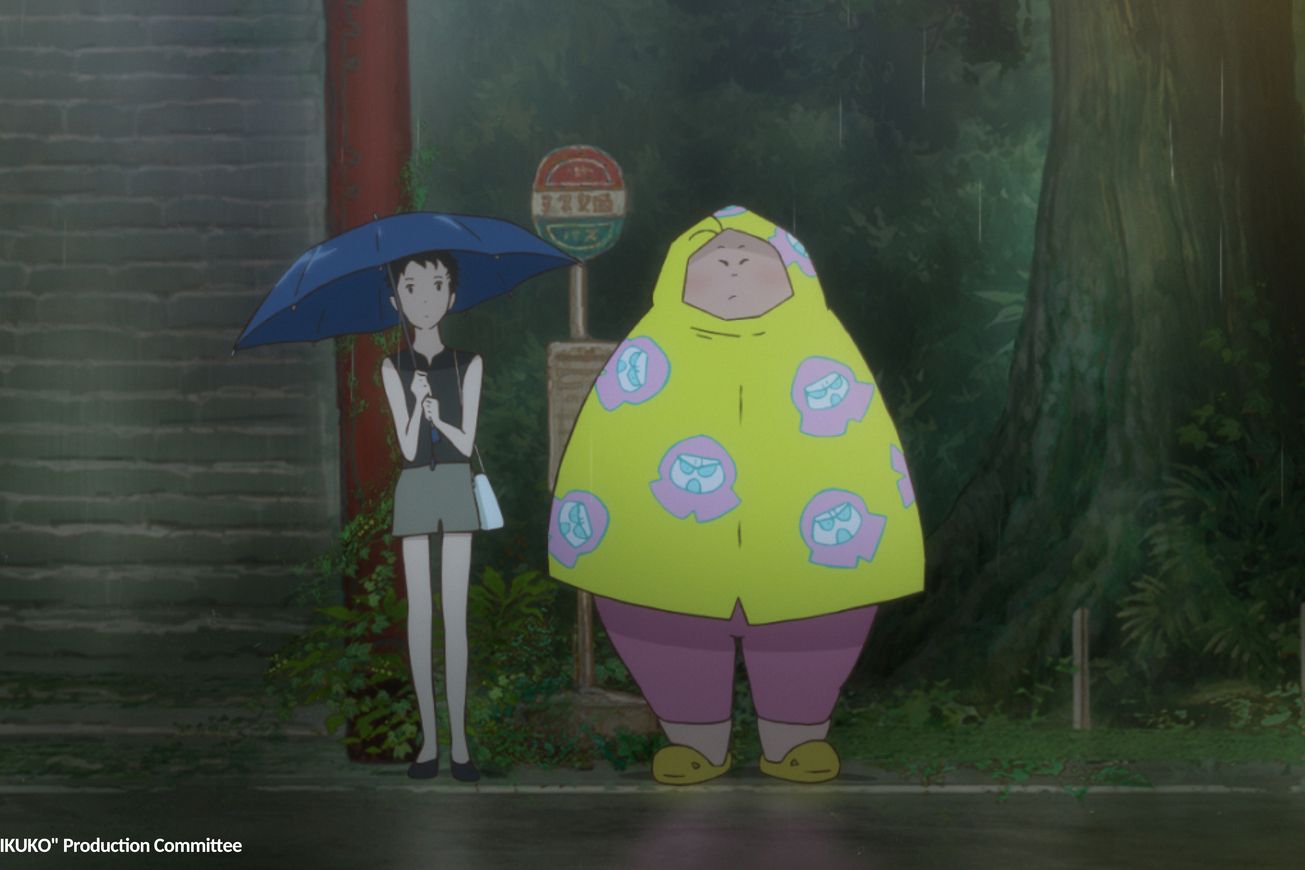 When Nikuko is happy, she eats greedily. When she is sad or worried, she devours! Sympathetic and candid, she displays her extra pounds with the pride of one who shows an overflowing appetite for life. Pursued by bad luck, Nikuko ended up packing up and packing her bags in a charming fishing village, where she works for a silent but understanding restaurateur.

All of this is told during a tasty opening sequence of five short minutes, a kind of short film as lively as a good old cartoon, preamble to a much more peaceful film. Narrator of this endearing family story, adapted from a best-selling novel (untranslated), Kikurin is Nikuko’s daughter. The dreamy and solitary teenager, who likes to lose herself in reading novels such as The Heart Catcher by JD Salinger, observes his mother with a mixture of affection and shame.

Accustomed to seeing her get trapped by her big heart, the young girl observes her carefully to avoid further disappointment. It is his gaze, both benevolent and worried, that guides Ayumu Watanabe’s discreet camera. Full of empathy for his characters, the director of children of the seaan elegiac animated film about the sea and its mysteries, has teamed up with one of Japan’s best animators, Kenichi Konishi, a former student of Studio Ghibli who has worked on a few masterpieces (among others My neighbors the Yamada and The Tale of Princess Kaguyaby Isao Takahata).

You have to see the morning preparation of an enticing French toast to understand the agility with which the talents brought together by the 4°C studio, one of the best in Japan, restore the contagious good humor of family communion around a robust breakfast. The very real complicity between mother and daughter, however, hides a heavy secret revealed during a long flashback. Realistic and dark, this sudden break with the playful tone of the film will perhaps mislead some young spectators along the way…

Filled with amusing references to My Neighbor Totoro by Hayao Miyazaki or Kramer versus Kramer by Robert Benton Luck smiles on Mrs. Nikuko is in line with these works that put family ties to the test. Lit by sets rich in colorful details and secondary characters with well-drawn outlines, this slice of life in a very special household ends up moving with the sincerity of its gaze.