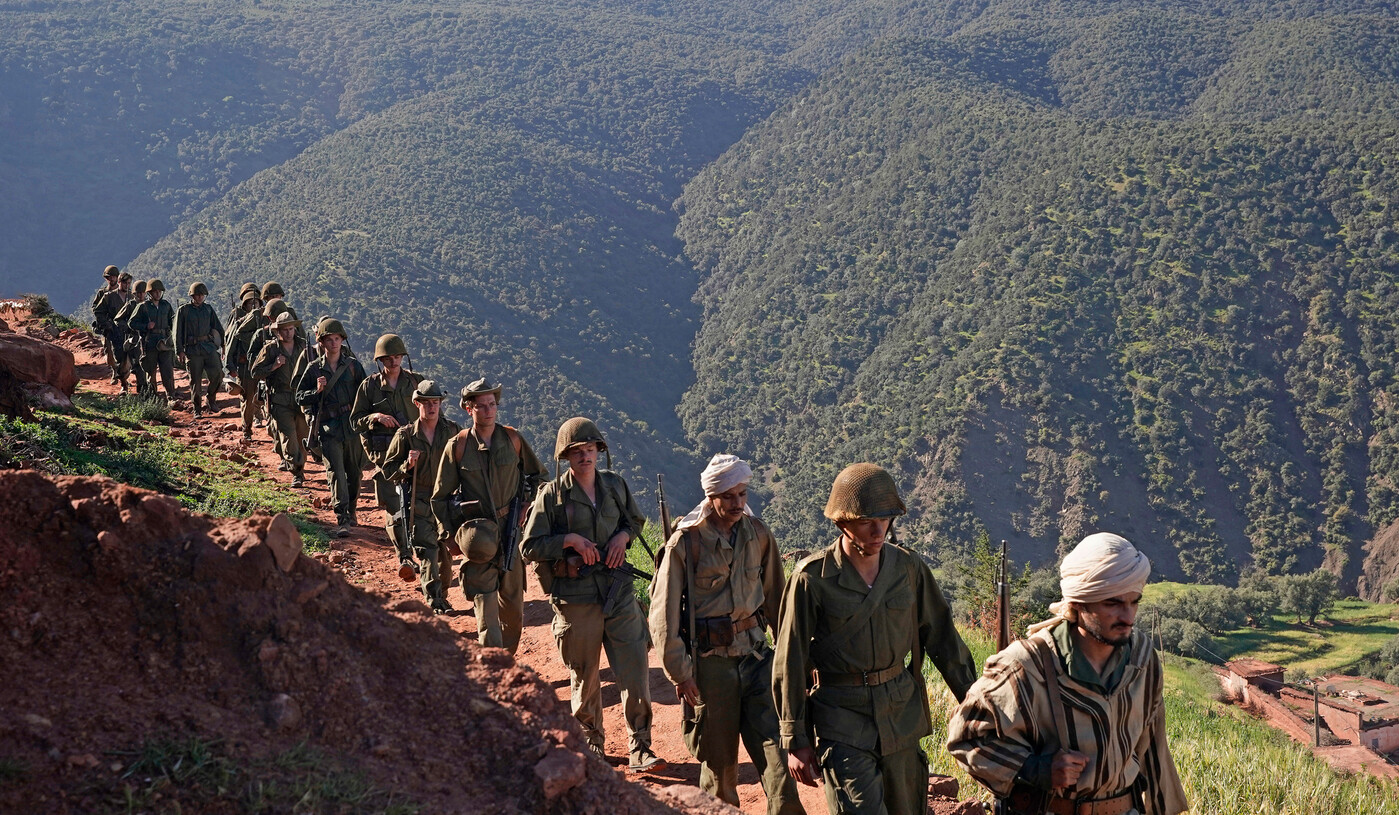 The cross : Why did you choose to evoke the Algerian war through the traces it left on the conscripts?

Lucas Belvaux: The film was born more from the desire to adapt Laurent Mauvignier’s book, which I had found magnificent, than to tackle the Algerian war stricto sensu. I immediately liked the style but also the singular approach. Starting from the point of view of the conscripts, he brought an unusual perspective on the conflict.

Until then, the stories it was told all came through the prism of independence and colonization. They were more political and ideological and, basically, reproduced the antagonisms of the time. It is still a political story but it is a story that has been over for sixty years and calls for a different discourse. We should be able to talk about it in a more peaceful way.

Is this memory still unspoken in French society?

LB : It was historian Benjamin Stora who said that the Algerian war was ” France’s family secret “. And this secret crystallized around the called ones. The peculiarity of this conflict is that it has not been named. There was no general mobilization as in 1914, or voluntary engagement, no common discourse. Because we were conscripts, we went by age groups to do our military service.

→ READ. Memories of the Algerian war, rather deeds than apologies

On our return, we especially did not want to hear the story of the conscripts, as if there was something shameful about it. They did the dirty work and were asked to bear the brunt of France’s guilt. The country was still busy rebuilding itself. After the Indochina war, he especially did not want a new conflict inherited from his colonial past to hinder his shift into modernity.

The former conscripts of the film come from a modest, rural background and initially do not seem to have a point of view on this war. Is it voluntary?

LB: France was more rural than today. In the countryside, people hardly had televisions or telephones. They were less open to the world. The young people, who were twenty years old, left with no political preconceptions and did not know what to expect. However, this experience has profoundly transformed them individually. Some will discover the world, otherness, gain in humanity, others will come back hateful and racist.

Moreover, they did not all experience the same war, like Rabut and Feu-de-Bois. For many, it will be synonymous with boredom and absurdity while others have lived there, on the contrary, moments of absolute dread which will mark them for life. The film is also about that, of a moment in the history of France but also of the suffering of individuals in the war.

How can we explain that even today there is a difficulty in talking about this subject? Is a reconciliation of memories possible?

LB: It was one of the aspects that interested me and it’s no coincidence that I made this film right after. With us who spoke of the rise of the far right. There is a clear link between the two. The FN was created in the 1970s by former members of the OAS from the ashes of that war. Sixty years later, this war is unfortunately still politically instrumentalized in one camp as in the other. However, the story of decolonization was a gigantic “fake news”.

I wanted with this film to bring a look that is both truer and more peaceful. I was struck to see in the debates that followed the first preview tour (the film was due out on November 11, Ed) to what extent those who had been involved in the conflict – harkis, former FLN or former supporters of French Algeria – are now able to dialogue without tension. All voices were heard and it was very moving. It may still be difficult to talk about it, but when you do it with the people directly concerned, they are able to listen and understand the suffering of the other.

Weren’t you afraid to tackle a subject that despite everything continues to be debated?

LB: Not at all. There have been more films than you might think that have dealt with the Algerian war. The little soldier, by Jean-Luc Godard (1963), Umbrellas of Cherbourg, by Jacques Demy (1964), To be twenty years old in the Aurès, by René Vautier (1972), RAS, by Yves Boisset (1973), The question, by Laurent Heynemann (1977) or more recently Only an impure blood, by Abdel Raouf Dafri (2019).

→ CRITICAL. “That impure blood …”, trapped in a dirty war

The cinema has always talked about it, but society does not want to be told about it. There is a form of denial, of bad conscience as time and generations have passed. With hindsight, we must be able to recognize the mistakes of the past.

How did you translate in a cinematographic way the so particular form of the novel, which is a succession of interior monologues?

LB : What is successful in the book is the form in perfect harmony with the subject, that of memory. The staging, with his voice-overs and flashbacks, is a way of paying homage to him, of translating into the cinema what he had been able to create from a literary point of view. A polyphony which is also a succession of soliloquies. Above all, they are individual stories which, at one point, meet the big story. If it worked in the novel, it must also work in the cinema.