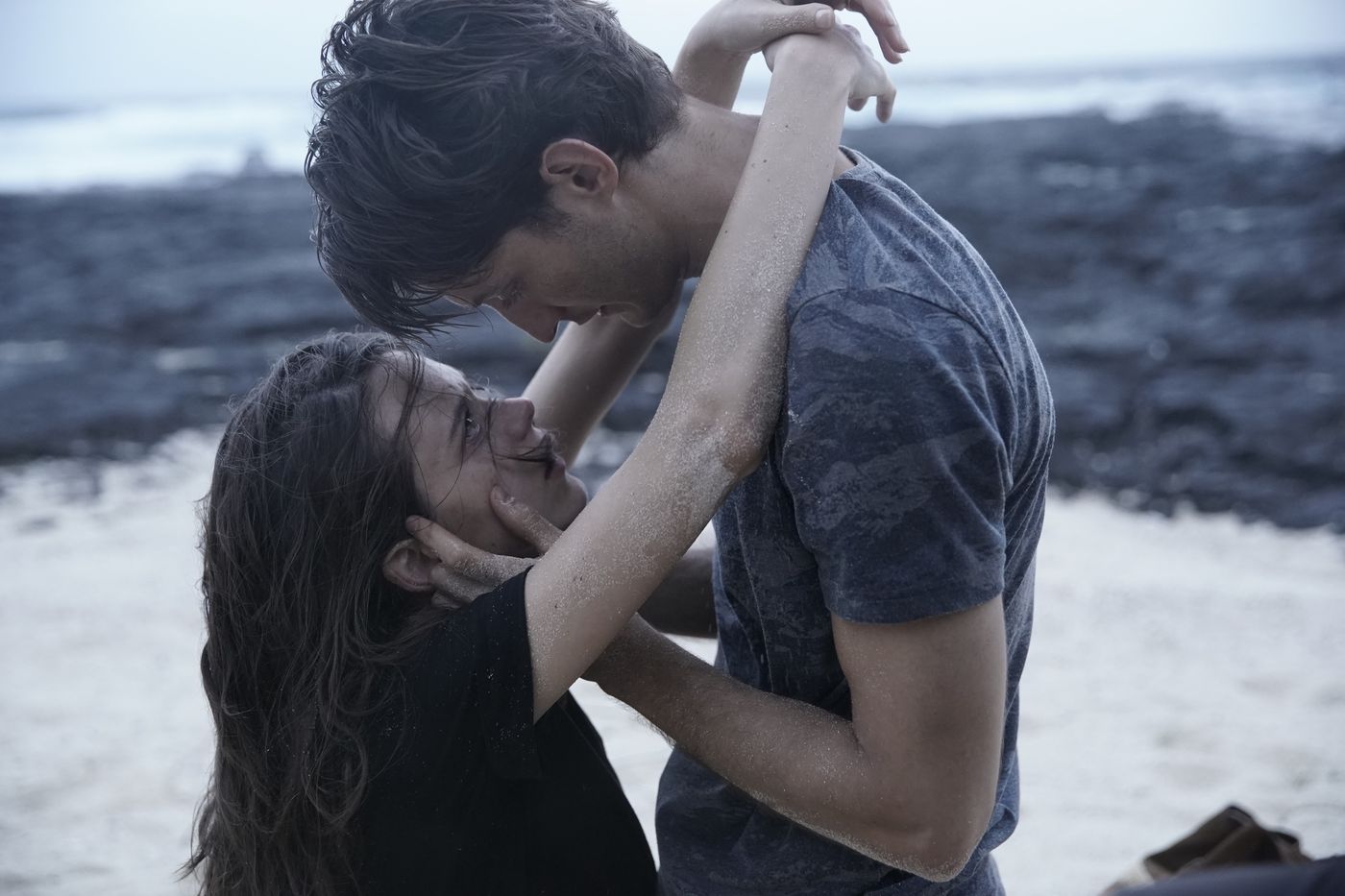 Lisa and Simon have been lovers for a long time. He (Pierre Niney) leads his business, a petty drug dealer who is rampant in high society and in the beautiful neighborhoods. He is secret, mysterious, laconic, elusive, efficient. She (Stacy Martin), a student at the hotel school, sees the flow of banknotes from hand to hand, the quick money that circulates coldly, the stealthy dates, the alertness of hasty contacts, the nervousness glances. She worries: what if things go wrong? Good question that Simon avoids, without however dismissing it.

One evening, the sordid nature of this type of trade joins the fatal, inevitable. Simon and Lisa, invited for a night by a friend, find themselves with a dead man on their hands. To call the police ? No way. It would be prison for many years. It only remains for them to erase the traces and flee, to take another powder, the powder of escampette. For the sake of safety, Simon abandons Lisa. He disappears without a word and never reconnects with her.

One man too many

Three years later, when Lisa has rebuilt her life, married Léo Redler, a powerful and formidable businessman (Benoît Magimel), fate brings them face to face on a beach in the Indian Ocean. We know that poorly extinguished fires are conducive to re-igniting at the first draft. Lisa and Simon dive back into their passion. Now, for Simon, there is one man too many in Lisa’s life. It is the sum to choose. How to decide? Simon’s jealousy leads him to spy on his rival, who knows nothing about his wife’s infidelity and her lover’s presence in the area.

Cut into three acts (Paris, Indian Ocean, Geneva), this thriller benefits from the elegant staging of Nicole Garcia, a rise in power by stages and a beautiful scenario mechanic concocted with his usual sidekick, Jacques Fieschi. The drama progresses smoothly, with muffled steps, which, of course, reinforces the suspense for the viewer. The characters are well established, the atmospheres well designed. And the tragically classic situation in his approach.

Simon locks himself in the solitude of the unarmed samurai, who bides his time but decides nothing. Leo, under the brutality of the man of power, feels that his wife escapes him, without knowing the cause. “Money is not enough”, he sighs. One day, an old acquaintance shouts on him. The confrontation of these two men with a mysterious past, surrounded by gray areas and hidden secrets, of different generations and of opposite social status, seems inevitable.

The price of blood still too heavy to bear

Solitary at bay, Pierre Niney plays on the silence and strangeness of his gaze, blade without handle. With his cavernous voice and his heavy physique of a dominant, Benoît Magimel, as a businessman accustomed to bending the world to his will for power, has, as Nicole Garcia says, “That cold fury of men who love without being in return”. This woman whom he saved from distress offers him reasons for living unsuspected until then. He doesn’t want to lose her anymore. He always seems to be one step ahead but Benoît Magimel lends him, under relentless determination, a touching fragility which corrodes his apparent hardness.

Nicole Garcia sets up an atmosphere loaded with threats in the opulent settings of the nouveau riche who seem to dampen the violence of feelings by the wadding of their comfort. Nothing is more deceptive than this apparent calm, this order so perfect that the disorder of passions can ruin at any time …

Old lesson: the price of blood is always too heavy to bear. This stain on a conscience never fades. Even repressed, it manifests itself and always remembers the bad memories of those who seek to free themselves from it.

Presentations by Nicole Garcia: A beautiful sunday, November 17 at 7 p.m. Place VendômeNovember 18 at 7 p.m. and the same evening at 10 p.m. Favorite Son.

A lesson in cinema, by Nicole Garcia, accompanied by Nathalie Baye and her usual co-writer, Jacques Fieschi, on November 20, 2:30 p.m.