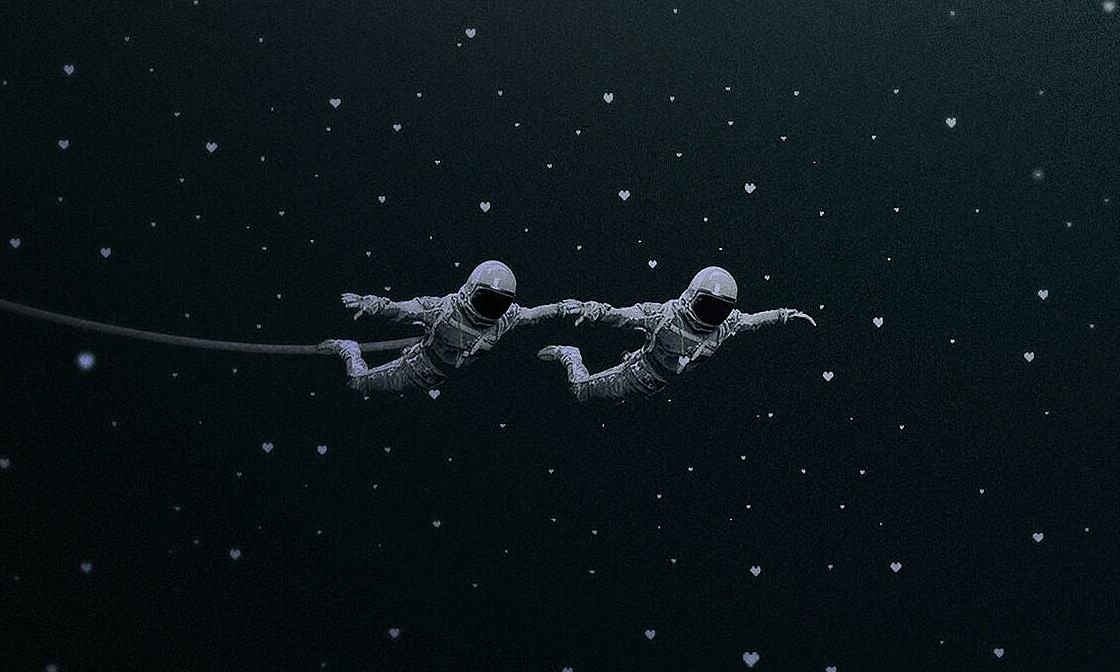 Covid-19 stresses many couples because they stay at home too often. Some people don’t even want to celebrate Valentine’s Day.

In that context, there is probably no one to give advice on how to better keep the astronauts, who are forced to live in harsh and isolated conditions.

Chris Hadfield, a former astronaut with the Canadian Space Agency, lived in space for a year. One of the best coping mechanisms he learned was to accept his “reality”. “Admit that this is not an interruption or an imposition, it is your life,” advises Hadfield.

L. David Marquet, former commander of the submarine unit, spent 87 days underwater. “It was the strange combination of isolation and excessive intimacy between several individuals in the same space. And you never see the sun,” describes Marquet.

For Marquet, even when living conditions are reversed, holidays like Valentine’s Day February 14 are very important because they help elevate the human spirit. “On the submarine, we did our best to create a festive atmosphere. Thanks to that, we kept up with the rhythm of the times and the rhythm of life,” he said.

If Marquet’s group goes from January to June, their family will prepare Valentine cards from December, then put them in a closed box, wait until the right day to open. The submarine will also be decorated for a holiday. “People need a sense of festival, even in a pandemic,” Marquet said.

Besides, when living together in limited space, respect for privacy is essential. Marquet said on the submarine, the bed was nearly two meters long and more than one meter wide. “Every bed has a curtain. When you drop the curtains, we will understand you need a private space and respect that. Only in an emergency will we pull the curtains up,” said the former commander.

With families, Marquet suggests that all members agree on the principle of respect for privacy. If someone is “pulling the iconic curtain” for their own space, others should avoid disturbing you, even if you live in a small apartment and easily see each other.

Humor and optimism are also helpful in harsh situations. “We joked that life was bad, but at least water did not enter the compartment, then laughed,” Marquet said.

An unwritten rule on a submarine is “think in a positive direction”. For example, if two people bump into each other, they’ll apologize and then let go. If someone is harsh, they are not in a hurry to conclude that the opponent is too much. According to Marquet, make sure that everyone respects you. If someone behaves inappropriately, it is due to stress, for example staying at home too much and having to meet on-line all the time.

Mike Massimino, a former NASA astronaut who has flown two shuttle missions, says maintaining habits is important. “Without a fixed schedule, your mind will wander,” he said.

In order to maintain peace, Massimino advises each of them to clean themselves after using something. “In space, if someone messes up, everything will soon go away,” he explained.

Jane Poynter, a team member of eight scientists who lived for two years in the Biosphere 2 greenhouse in Oracle, Arizona, added: “Sometimes, we feel we need to create a little noisy events in our lives. daily”. For example, they play loud music and dance together.

Jeffrey Donenfeld, an investment manager who has spent three months cooking in Antarctica, said what helped him through his time in the distance is solidarity. “Everyone there has a shared mission and we are not alone,” Donenfeld said. “I try to repeat this with my wife and children. The time is difficult, let’s stay together and keep safe to overcome.”

From your “staying normal on this unusual series” experience, try to celebrate the holidays, even if they are a little different this year. Instead of dining out in the restaurant, you can cook yourself at home, buy chocolate or write messages for your partner.

Anyway, even astronaut Chris Hadfield sent flowers to his wife on Valentine’s Day, even though he was on the International Space Station.

When asked if he ordered flowers before, Hadfield replied, “No. I called to order flowers from space.”