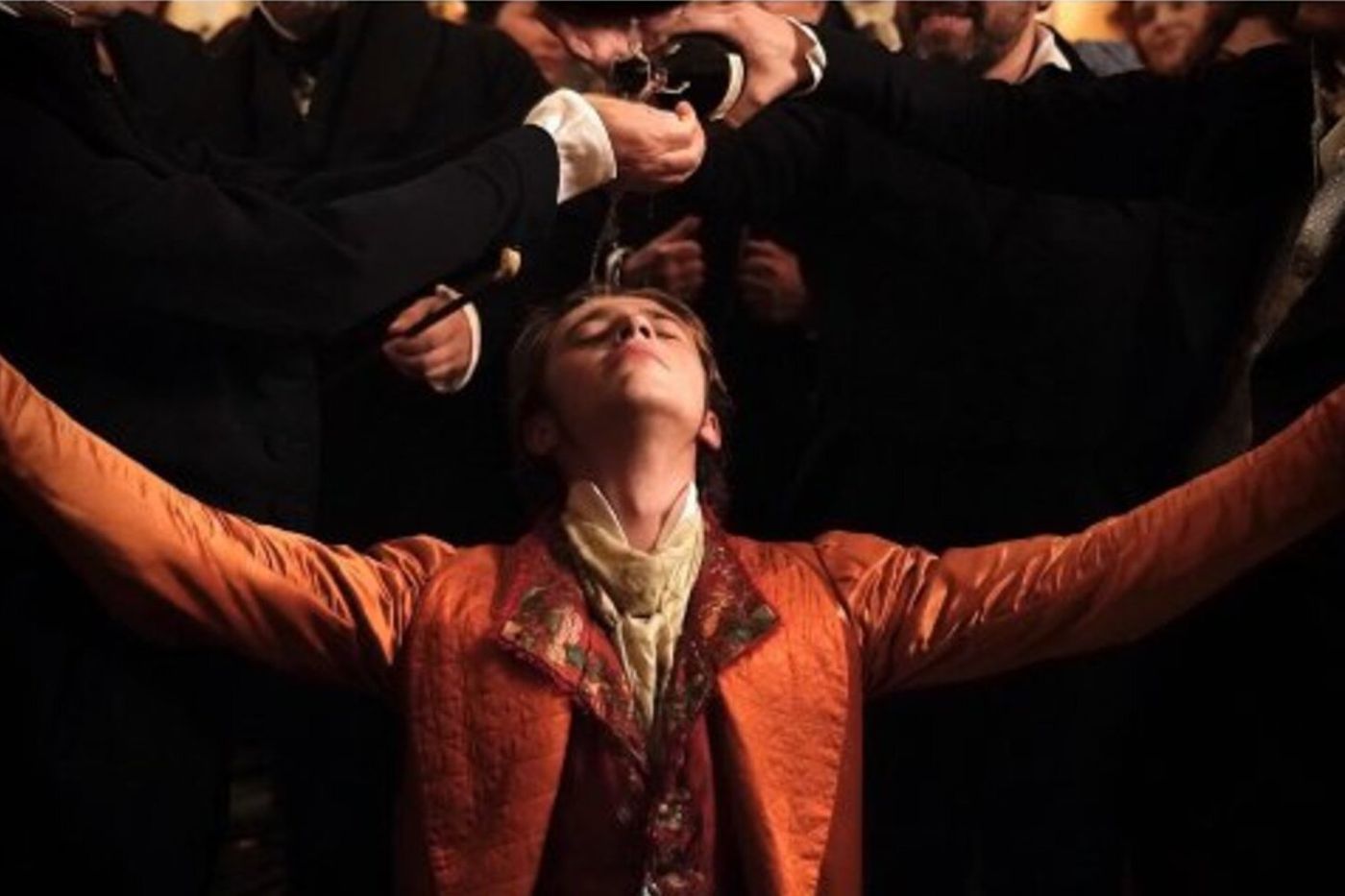 Balzac omnipresent on the screens. After Eugenie Grandet, beautiful and sober adaptation by Marc Dugain, this week here is the twirling, comical and tragic vision of Lost illusions, by Xavier Giannoli.

This luxuriant cinema spectacle takes the spectator into the breathtaking whirlwind of the Restoration, following the irresistible rise of Lucien de Rubempré. Young poet, native of Angoulême, “gone up to Paris” for love and ambition, he is drawn into the movement of a society which is tilting towards the new world of money, speculation and rapid profit, of press and advertising.

Instead of sticking to his noble ideals, Lucien de Rubempré delivers his soul to the devil, when everything is sold and everything is bought. He renounces his purity and rushes into the dizziness of the immediate recognition he gets from his scathing articles in the newspapers. This new power intoxicates him. But he destroys what was beautiful in him.

The novel of the desire to appear and to be

Blind and deaf to the warnings, the young man, by thirst for social revenge, will get lost and consumed in this infernal merry-go-round to which he clings, ruining his integrity as much as his talent. This Icarus burns his wings in the black sun of a worldly society, precipitated by cruelty, which devours young whippersnappers, in search of glory.

Rubempre, whose intelligence is so sharp, whose wits are so prized, so devastating, did not feel the coldness of the trap closing in on him, activated by his enemies, the Old Regime caste and the Liberals. without scruples, who reject him without pity and make him pay for his arrogance, far above his condition. The rise and fall of an ambitious fallen …

In the vast continent of The Human Comedy, Lost Illusions occupies a central place. It is in the trilogy of this novel of the desire to appear and to be in it that Balzac condenses his vision of the world. Rubempré’s broken trajectory serves as an example and a warning. What Balzac describes is the end of old values ​​and the advent of the law of profit and cynicism.

With the beginnings of capitalism a change of civilization takes place that the novelist dissects. In his viewfinder, the power of the press and the violence of criticism, the merry-go-round of polemics, fabricated successes, purchased triumphs, random reputations, sudden disgrace.

The quicksand of bad faith

Xavier Giannoli, inhabited by this work for a long time, dreamed of filming its adaptation, in his sumptuous and breathless way, to make one feel to what extent Balzac’s dark painting serves as a mirror to contemporary manners. The press of the XIXe century furiously resembles the media of the XXIe century. Yesterday’s gazettes open the way to our news channels, to their perpetual excesses and overflows. Even the acid and cruel description, funny and jubilant too, of the arbitrariness of journalism, of the venality of criticism, finds many resonances today.

To have matured for so long this project gives its strength and its power to this dazzling and lively, fast and frenzied film, with sharp dialogues, to describe a youth eager to arrive who builds its crazy hopes on the quicksand of bad faith , ready to die to better enjoy his position. Xavier Giannoli films, with subtlety and depth, the games of power and influence of a historical and technological upheaval. The moment when opinion is nothing more than a market, to be manipulated, when feathers are sold to the highest bidder.

An extremely brilliant staging, the intelligence of a glance, a striking period realism, a dazzling cast, a chorus of performers competing in excellence, where all the actors, absolutely all, shine. We would like to quote them one by one, without forgetting any. An absolute success. A great movie.

” I read Lost illusions at 18 years old. I immediately felt a very intimate vibration with the character and the issues. The learning novel, the beginnings in life, the codes, the compromises, the betrayals. The young man that I am then said to himself that Balzac revealed something of the reality of the world he was going to have to face.

Rubempré’s loneliness is, moreover, adolescent loneliness. I read everything about Balzac, the writing, the manuscript, the additions, the biographies, the studies… I literally saw all the scenes. Balzac is a literature of the gaze. It’s cinema. I always knew that I would make a movie of it. “