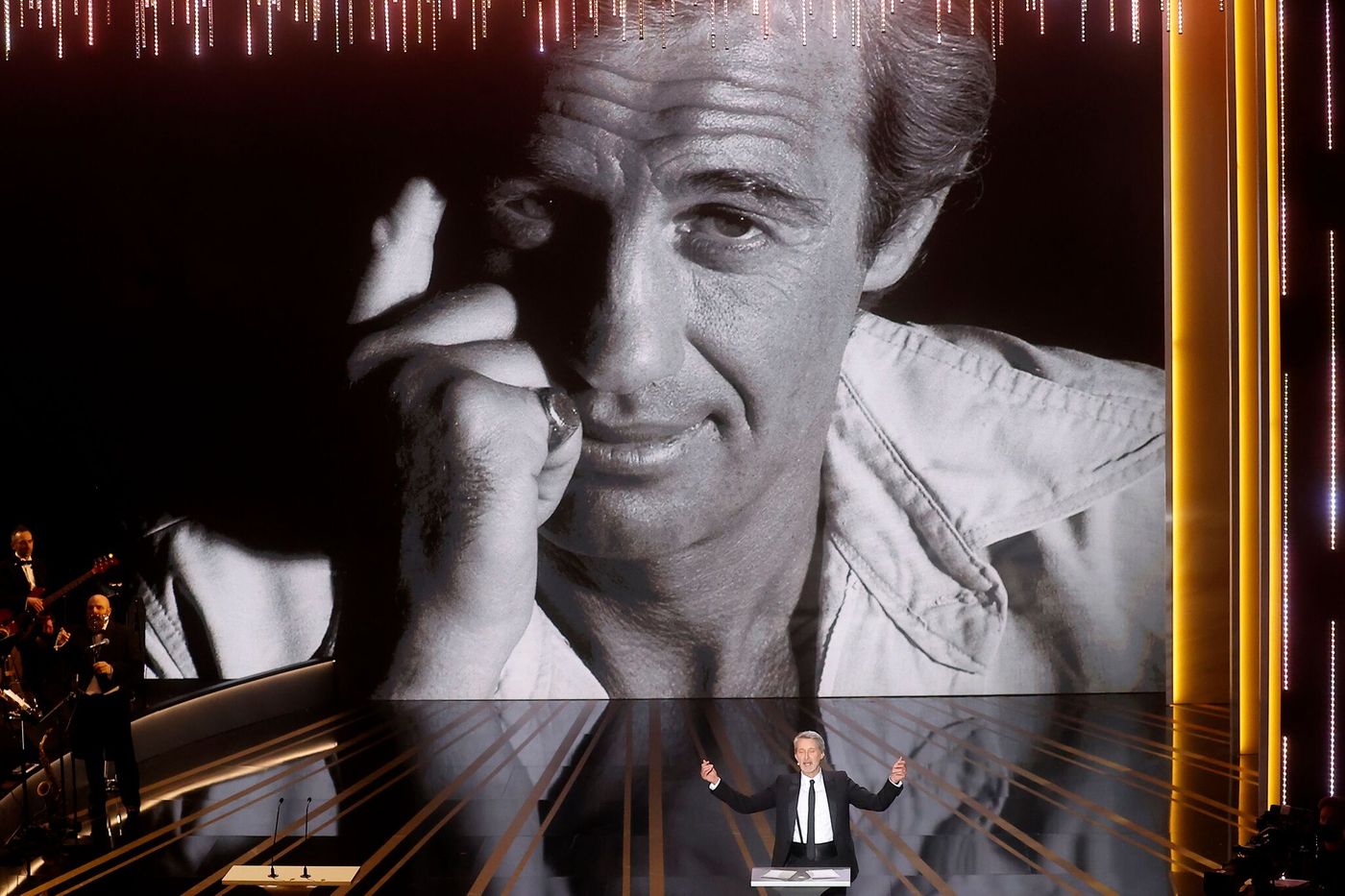 It was on the angelic face of actor Gaspard Ulliel, to whom the evening was dedicated, that the 47th Cesar ceremony opened on Friday February 25, who, despite the international context, was eager to celebrate the reunion of French cinema after two years. difficult for the profession. ” Tonight we are not going to change the world, we would be in no position to give lessonswarned the master of ceremonies, Antoine de Caunes. But our job, the show, is to continue no matter what, even if the world is collapsing around us. We are with the Ukrainians, let’s live up to the luck they don’t have “.

Agent de Caunes, who arrived on stage in a parody of James Bond, had been given the task of saving the evening from the disasters of previous years. And the host, familiar with the exercise – he was presenting it for the tenth time – came out of it rather well, taking care to maintain the rhythm and above all the object, namely ” the celebration of cinema “. From this point of view and despite a year 2021 still marked by the Covid 19 epidemic, “ the vintage was magnificent “, underlined the president of the ceremony, the screenwriter and director Danièle Thompson.

Benoît Magimel and Valérie Lemercier distinguished for their performance

lost illusionsthe impressive adaptation of Balzac by Xavier Giannoli, who started off as the great favorite, dominated this award ceremony, winning seven Césars including that of best film and succeeding the winners at Goodbye idiots by Albert Dupontel. The professionals wanted to reward the work of adaptation, the photo, the sets, the costumes as well as the performances of Benjamin Voisin and Vincent Lacoste. But they also singled out the astonishing and unique rock opera by Leos Carax, Annette who won five statuettes including Best Director and Best Music for the Sparks.

Its main actor Adam Driver, who had made the trip especially for the occasion, however, left empty-handed, the César for best actor having been awarded to Benoît Magimel for his moving performance in In his lifetime by Emmanuelle Bercot while Valérie Lemercier won Best Actress for Aline, a kind of imaginary biopic of Celine Dion made by her. The Academy has also made a point of dedicating Onoda, 10,000 nights in the jungle by Arthur Hariri (best original screenplay), The fatherby Florian Zeller (best foreign film) and the performances of Anamaria Vartolomei (best female hope) in The event and Aissatou Diallo Sagna (actress in a supporting role), a caregiver in life who plays in The divide by Catherine Corsini.

Despite the absence of the two heroes of the party, Xavier Giannoli and Leos Carax, who cast a shadow over the evening, this time it managed to avoid hiccups and controversy. It was marked by the moving tribute paid to actor Gaspard Ulliel by a crying Xavier Dolan on the stage, eclipsing at the same time those paid to two illustrious people who died last year: Jean-Paul Belmondo and Bertrand Tavernier. Only Arthur Harari director of the brilliant Onoda broke the reserve to which the profession was bound this year by inviting film funders ” to have more courage “. ” It is an illusion to think that cinema will be able to continue to exist on the platformshe launched. We don’t go to the supermarket to have emotions “.

Benoit Magimel in In his lifetime

Aissatou Diallo Sagna in The divide

Anamaria Vartolomei in The event

The summit of the godsby Patrick Imbert