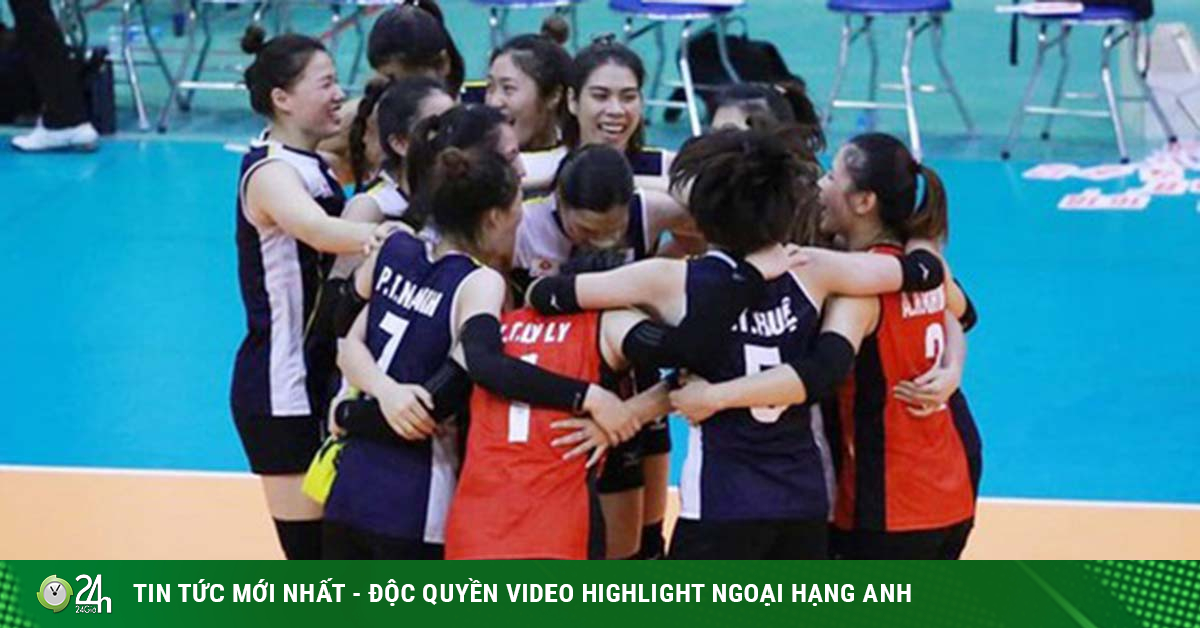 (Volleyball news) Information Lien Viet Postbank has won the national women’s volleyball championship in 2020 thanks to the shine of Viet Huong & Linh Chi.

Information Lien Viet Postbank entered the final of the women’s volleyball content of the National Championship 2020 with full experience in the tournament when this team reached the final 14 times before, and had a team of good players with Linh Chi, Viet Huong, Au Hong Nhung and Bui Thi Nga are in high form. Meanwhile, Duc Giang Hanoi Chemical has the opportunity to compete for the first championship in club history.

The barrier line of Duc Giang Chemical Hanoi foresaw the possible difficulties but they still could not stop the attack power of Lien Viet Postbank Information. Linh Chi in the role of the second pass continuously had surprising balls that caused the opponent to succumb, and the champions quickly took the lead after the first 2 sets with the scores 25-19 and 25-15.

Chemical Duc Giang Hanoi got up in set 3 thanks to the very good polishing by veteran Nguyen Thi Xuan and young batter Bich Thuy. They were suddenly 20-13 ahead, and despite being scored 7 points in a row by the opponent to equalize 20-even, the players from Hanoi were very brave in the match score then and won 29. -27 to shorten 1-2.

However, the level and tactics of Lien Viet Postbank Information are too superior and they showed it clearly in the third set when accelerating in the batting phase, Duc Giang Hanoi Chemical could not turn back. Quickly won 25-14 in set 4 to fix the score 3-1, Lien Viet Postbank successfully defended the title and won the 11th time after 15 times in the final.