After very exciting and thrilling matches, the Volleyball Tournament 2020 has come to an end this afternoon (December 20). In the female content, Lien Viet Postbank Information will confront Duc Giang Hanoi Chemical (20pm, 20/12). Meanwhile, Khanh Hoa had the second year in a row in the men’s final and their opponent was still Ho Chi Minh City.

At this year’s tournament, they convincingly reached the finals when they won the second stage and lost only 1 set. In the semi-finals, Lien Viet Postbank Information showed the bravery of the champion by cutting off the excitement of Kinh Bac Bac Ninh and coldly ending the match after 4 sets. 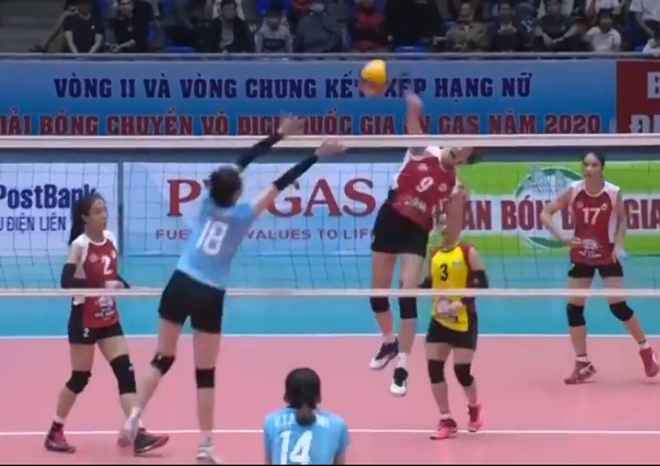 Meanwhile, Duc Giang Hanoi Chemical is taking fans away from surprise to surprise. With a strong investment, they own a pretty strong team with owners Nguyen Thi Xuan, Nguyen Tu Linh, assistants Bich Thuy, pass two Nguyen Thi Thuy … However, few people think “dark horse “Can go back to the final match of the tournament.

In the suffocating semi-final, Duc Giang Hanoi Chemical overcame the Industrial and Commercial Bank Club extremely dramatically. The two teams continuously put each other in a chase position. In the end, Duc Giang Chemical won the fifth set to advance to the final.