Muay Thai is about to start at the 31st SEA Games. World champion Nguyen Tran Duy Nhat is waiting for the time to “go to battle”, eager to win a “special” gold medal in his career.

As the son of a martial artist, Nguyen Tran Duy Nhat, 33 years old, has built his own brand with professional training efforts and impressive competition to register in the Vietnamese martial arts village. Nguyen Tran Duy Nhat is currently the No. 1 monument of Muay Vietnam when he won most of the prestigious titles of world tournaments, 12 years of domestic Muay Thai championship, was dubbed the “lonely and defeated” in the world. fighting Place.

The time he lost the gold medal at the 2009 Laos SEA Games, the first time he attended this arena, with the young man Duy Nhat at the age of 20 at that time, it was an inconsolable sadness when he played well and overpowered his opponent, but in the end, suffered a bitter loss. Duy Nhat once said that when he returned from the gymnasium to his residence, he burst into tears of disappointment.

But Duy Nhat is not discouraged because he is always looking forward, always eager to conquer challenges in his career. Duy Nhat told himself that he needed to try harder, he understood the harshness of fighting matches, so this boxer wanted him to practice and learn more, to win by knockout so that it would be difficult for his opponent to reverse. circumstance.

Not having a gold medal at the SEA Games before, Nguyen Tran Duy Nhat is even more determined to do something special at home in this year’s race, because he expects this congress will probably be the last time he attends the SEA Games. in his career for Duy Nhat to switch to training and focus on professional competition. Therefore, Nguyen Tran Duy Nhat has practiced with a serious training regimen, even heavy training, to increase strength, physical strength, technical exercises, and tactics. 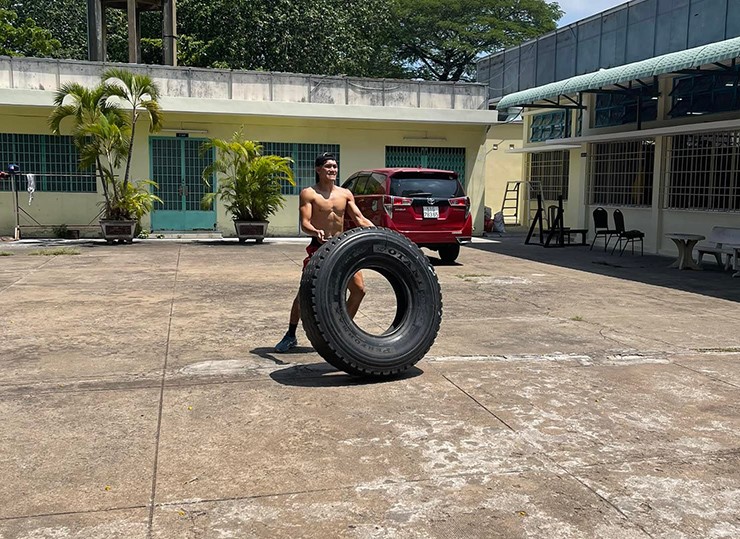 Recently, Nguyen Tran Duy Nhat surprised fans when Vietnam’s No. 1 Muay fighter posted a photo of lifting a truck tire weighing 50-80 kg during exercises. Duy Nhat said that he trains hard, maintains training for 7-8 hours a day, exercises hard for 6 days a week, jogging on Sunday about 10 km to relax and recover muscles.

With an extremely professional sense and serious training, Duy Nhat is putting all his heart into the race at the 31st SEA Games, when he determines that his main opponent will be very strong boxers from Thailand. Duy Nhat fully understands the challenges he may face in his journey to conquer the SEA Games gold medal, so he must make every effort in training and competition to compete with all opponents to win for his country. , as well as fulfill his dream.

In addition to training, top-notch athletes like Duy Nhat also focus on supplementing energy and supporting physical strength by using products of Phariton ACTIVE health food. In order to maintain good mental and physical strength, especially to supplement strength according to the physical training schedule for important tournaments such as the SEA Games, Duy Nhat believes in regularly using 2 Phariton ACTIVE tablets per day. With great determination, thoughtful technical and tactical preparation, and the companion of Phariton ACTIVE to help maintain physical strength and strength, Duy Nhat is ready to wait for the “battle” time to win the gold medal. in the SEA Games is missing in his achievement collection. 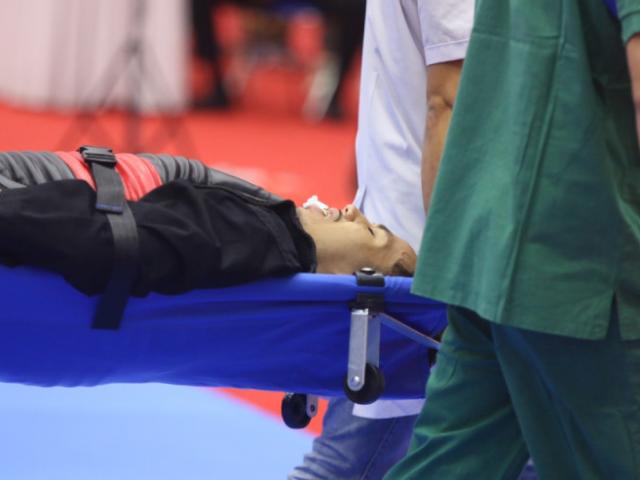 (Sports news, SEA Games news 31) The match was dominated by emotions that ended in the pain and disappointment of two Pencak Silat boxers on the morning of May 16.