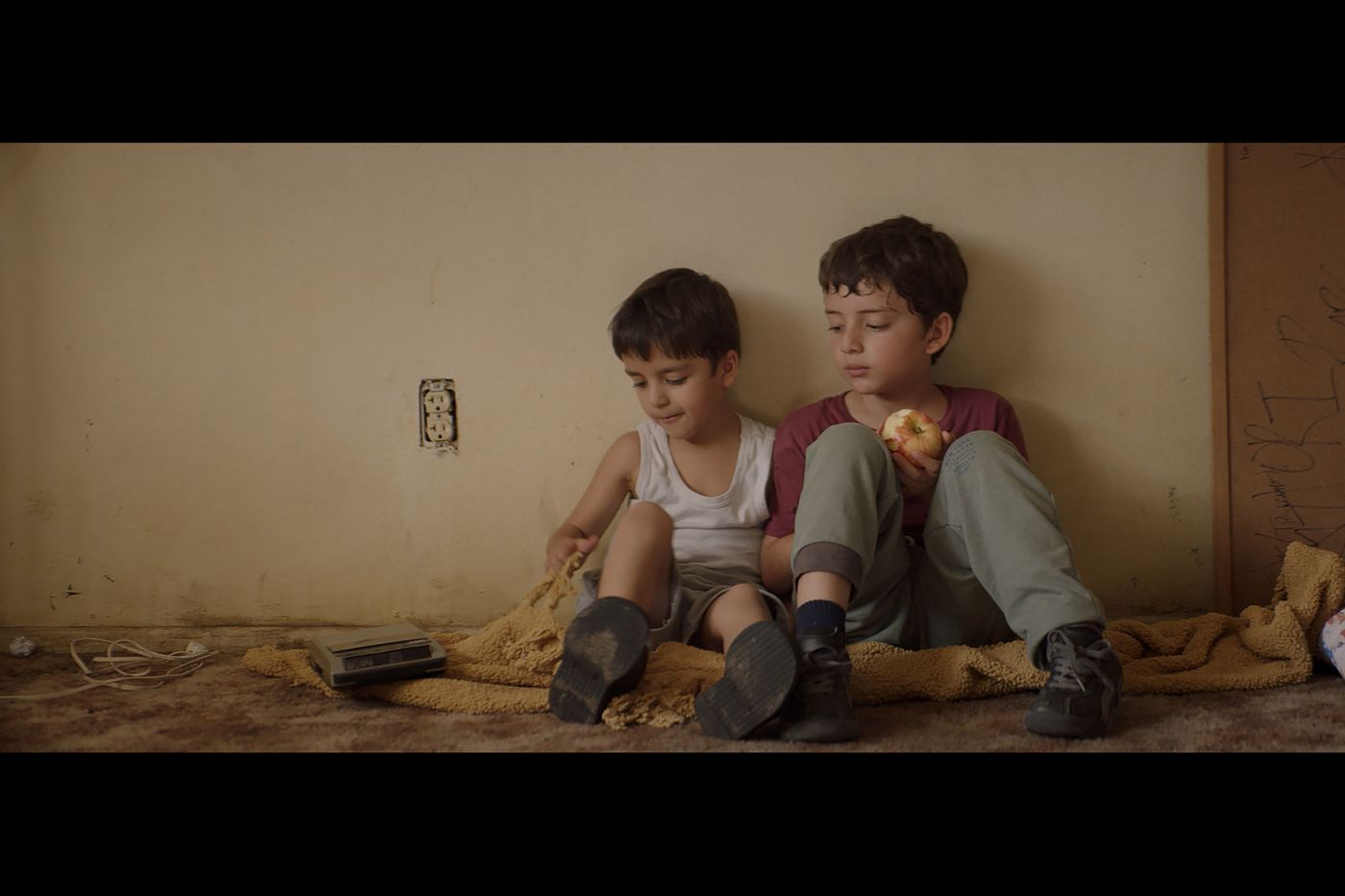 When 8-year-old Max and 5-year-old Leo arrive with their mother, Lucia, in Albuquerque, New Mexico, they don’t yet know what awaits them. For these two little Mexicans who lived on the other side of the border, the United States is synonymous with a necessarily better life and the promise of going to Disneyland one day. The reality will be quite different.

Locked up all day in the miserable apartment that their mother had to find in an emergency, without being allowed to leave it, they have to invent games to break the isolation in which they find themselves.

Thanks to a cassette recorder inherited from their grandfather, they try to learn English words recorded by their mother before leaving for work, as well as the rules they must respect when she is not there. With a reward in the key: as soon as she has saved enough money, she will take them to visit the famous amusement park. But when Max discovers that their dream is not about to come true, he decides to free himself from the instructions and leave the apartment.

Inspired by the director’s own childhood memories, gone with his mother and brother to California to live the American dream, Samuel Kishi Leopo’s film is based on an original bias. That of showing the fate of Mexican migrants, once they have crossed the border, through the eyes of two children whose innocence will gradually come up against the reality of uprooting.

With its corollary: poverty, mistrust, rejection, isolation. He does it in a sensitive and tender way by embarking with them on an imaginary world that allows them to overcome material difficulties and continue to marvel at nothing.

In this film shot almost behind closed doors in the apartment, the difficult daily life of a mother who combines jobs to provide for her children’s needs is constantly kept out of sight. The context is only evoked by the cross-sectional portraits of a poor and mixed-race local population as well as by the images of the emblems of the American dream. The social realism, specific to this subject of immigration, is here permanently tempered by the beauty of the images shot in cinemascope and the light of hope for the future represented by these two children.