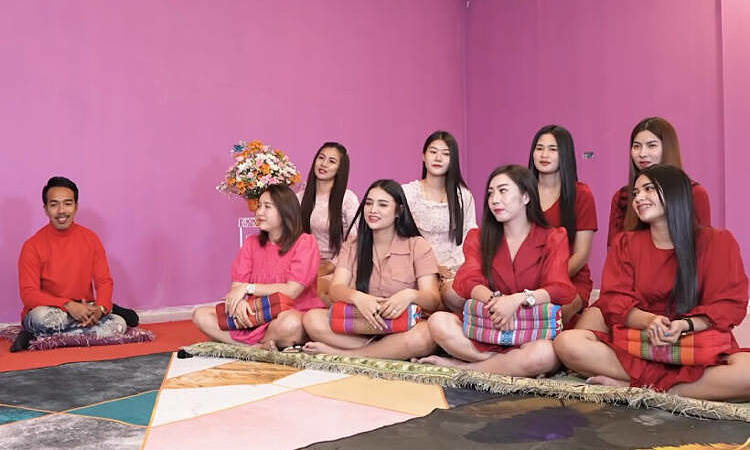 ThailandOng Dam Sorot, 33, revealed that he is living happily with eight wives under one roof.

A video recording the conversation of a tattooist in Bangkok, Thailand, attracted attention on social networks, when it was revealed that he was married to eight women. Remarkably, all eight people are living happily and harmoniously in the house, even though polygamy is illegal in this country.

“Dam Sorot is the best, most caring man in the world. He is always nice to everyone, we have never felt jealous or quarreled,” all eight wives expressed.

The fourth, fifth and sixth wives that Sorot knew through social networks. He met his seventh wife, Nong Film, while visiting the Phra Pathom Chedi temple with his mother. And Nong Mai, the eighth wife he met while on vacation in Pattaya with four other wives.

Sharing about her husband’s decision to have multiple wives, Nong Sprite – the eldest wife, said that she loves him very much, is ready to share her husband and live in harmony with other women.

Only when the first wife agreed, Sorot married the second wife. After that, seven women agreed to get married despite having to share husbands, because of crazy love for Ong Dam Sorot.

In the Sorot family, there are always specific rules: Except for the first wife who has a higher position, the rest of the wives are the same; And everyone has to be true to themselves.

“If they want to find someone else, just tell me first. When I’m sure I want to break up, I’m ready to accept it and let my wife go her own way,” he said. But so far that has not happened.

Currently, Ong Dam Sorot has a son with his first wife and two other wives are also pregnant. Together, but all eight women live in harmony, always yielding and supporting each other.

Before many rumors that Sorot and his eight wives were very rich, the polygamous man countered and said that the whole family had to go out and do enough jobs to have money to cover their lives.