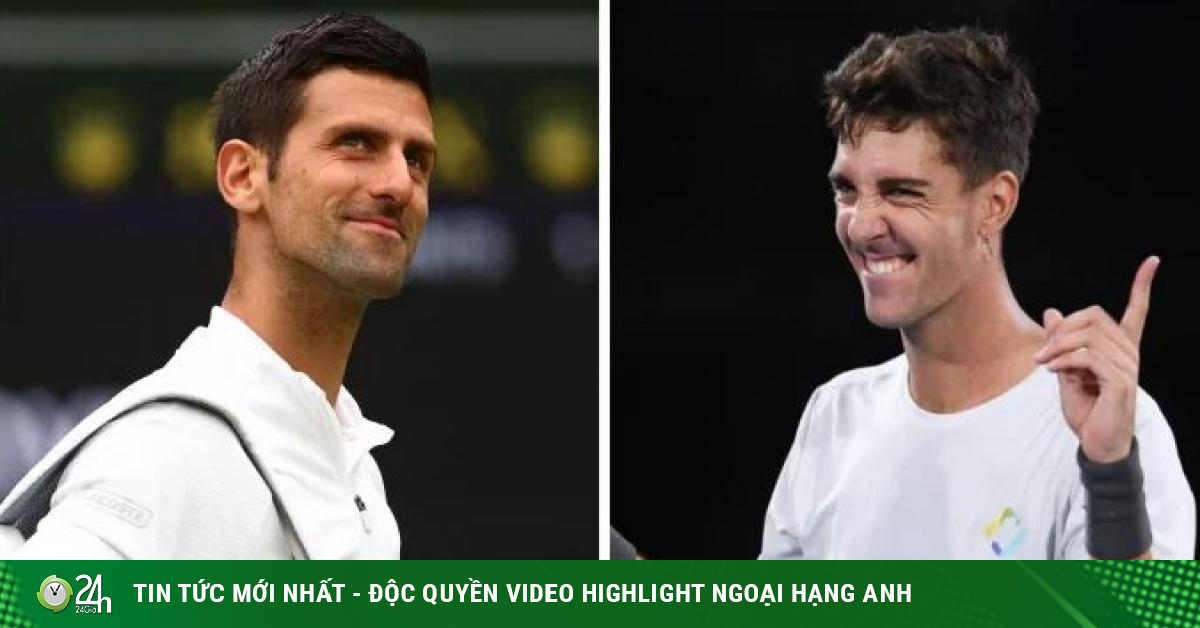 The match between Djokovic and Kokkinakis will be reported live by us. Please pay attention to watch!

Video of the match between Novak Djokovic and Kwon Soon Woo in the first round of Wimbledon this year:

Novak Djokovic started his Wimbledon title defense not as smooth as he lost a set to world No. 81 Korean Kwon Soon Woo.

Will Novak Djokovic win Thanasi Kokkinakis in the Grand Slam framework like 7 years ago?

However, the 6-3, 3-6, 6-3, 6-4 victory after 2 hours and 27 minutes against this opponent on June 27 also helped the defending champion reach a double record with the 80th victory. at Wimbledon and won the opening match of this grass-court Grand Slam for the 18th time in a row.

Djokovic’s upcoming opponent is Thanasi Kokkinakis. Remember, in the first time facing this Australian tennis player 7 years ago, in the third round of Roland Garros 2015, Nole defeated the opponent after 3 sets with the same score of 6-4.

To be fair, Kokkinakis is having a pretty good 2022 season as he has won 15 of the 23 matches played this year.

In the last round of Wimbledon, the 79th player in the world just defeated the Polish opponent Kamil Majchrzak 7-6 (5), 6-2, 7-5. But facing Djokovic now, it is very likely that Kokkinakis will suffer a defeat like at the competition at Roland Garros 7 years ago.

Video of the match between Andy Murray and James Duckworth in the first round of Wimbledon 2022:

Andy Murray has just made the fans quite happy when he excelled in the comeback to defeat Australian opponent James Duckworth 4-6, 6-3, 6-2, 6-4. The next opponent of the former king who won Wimbledon in 2013 and 2016 will be the number 20 seed – “American giant” John Isner.

Andy Murray is very confident when he plays at home and is supported by a large number of fans at the All England Club. History also favors him when the owner of 3 Grand Slam titles has won all 8 previous encounters with John Isner, whether it is on hard or clay courts.

When they meet for the first time on the upcoming grass court, will Murray “bully” Isner again or will the joy come to the American tennis player with “terrible” height?

The specific schedule of Wimbledon on the third day of competition: 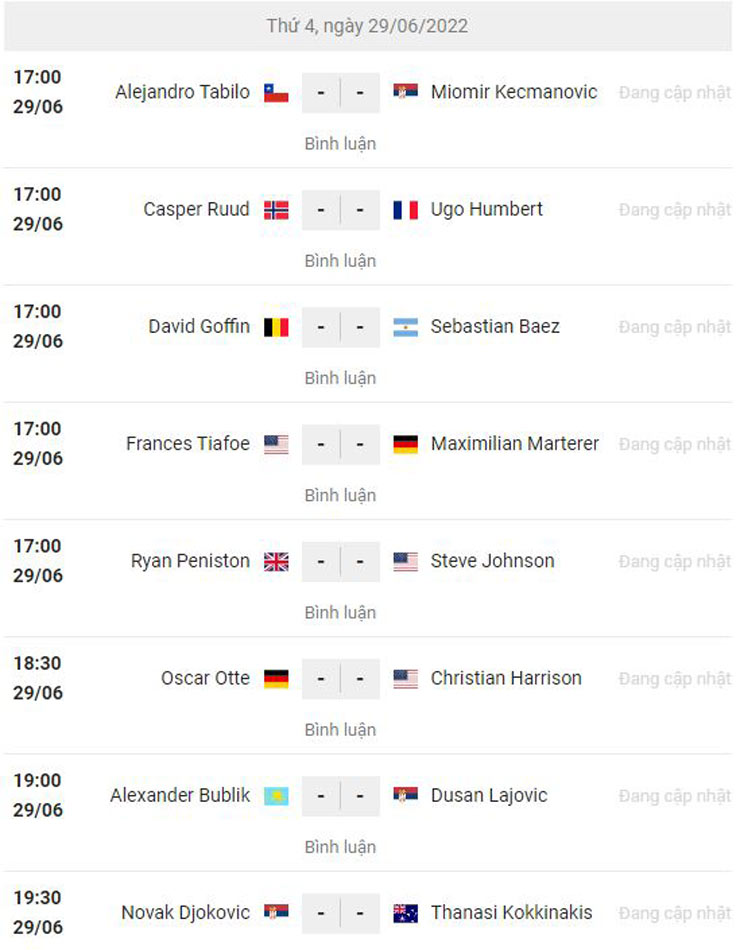 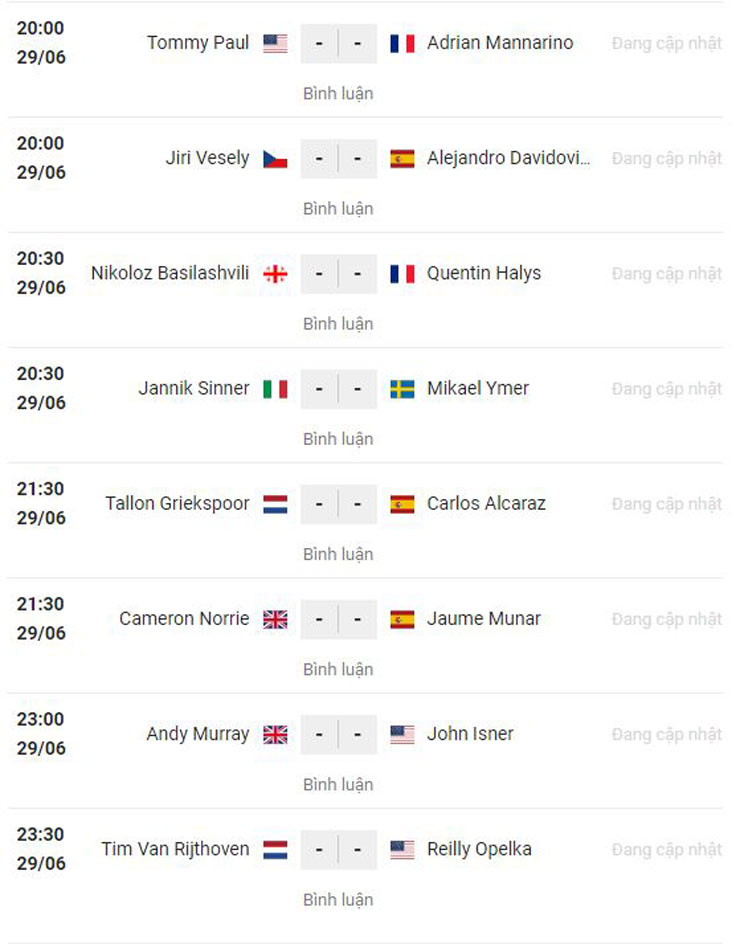 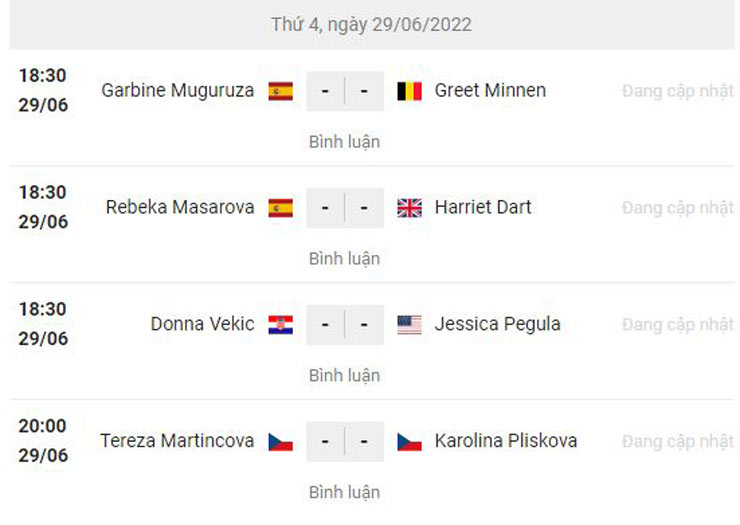 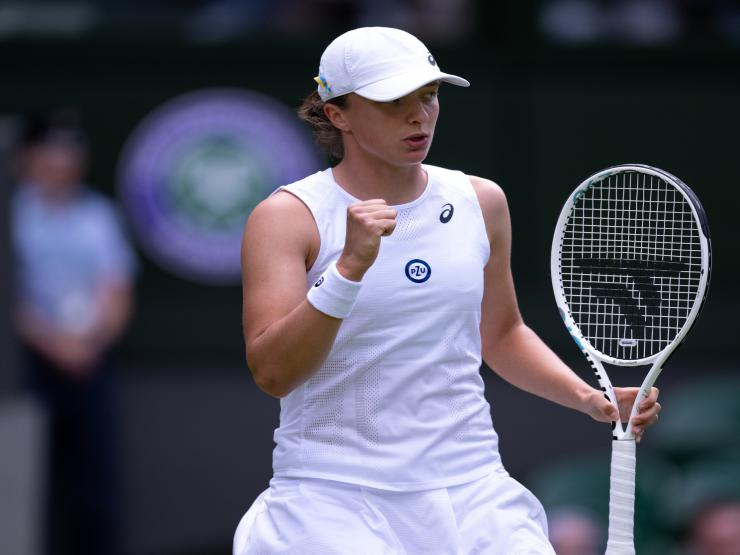