Pavlyuchenkova served first and took a 40-15 lead before letting Zidansek score three consecutive points. Pavlyuchenkova saved the break with an ace, but Zidansek once again took the lead before cleverly dropping the Russian opponent to save the ball and send it too hard!

Zidansek was leading 0-40 but brilliantly saved all 3 break points. But she got a volley out after Pavlyuchenkova lobed the ball into the air, and the Russian broke the break right after!

Pavlyuchenkova won this game without difficulty, only for Zidansek to score 1 point.

Zidansek had a good forehand late in the field to take a 40-15 lead, and she won the game after Pavlyuchenkova returned the ball in error.

Zidansek equalized 30-even before Pavlyuchenkova went ahead. Zidansek had a 40-even chance to equalize but she missed a forehand.

Zidansek led 40-0 but suddenly made two mistakes and was scored by Pavlyuchenkova with a forehand. The Slovenian made a double mistake and missed another forehand!

Zidansek, before the near defeat in this set, got up and led 40-30, but Pavlyuchenkova saved the break. Zidansek had another chance but Pavlyuchenko saved it after a perfect 2 serve. But Zidansek continued to have a forehand winner to open up a third chance, and this time Pavlyuchenkova hit outside!

Zidansek started to hit the net regularly and she led 40-15. Pavlyuchenkova shortened on the next point but Zidansek won the game with a drop shot.

Zidansek had a big chance to lead 40-15, but Pavlyuchenkova saved both breaks. It was Zidansek’s turn to miss a forehand and Pavlyuchenkova won the game after hitting the ball to Zidansek’s backhand that she couldn’t block.

Zidansek took the lead but Pavlyuchenkova had a powerful cross forehand to lead 30-15. Zidansek missed the next phase and lost himself with a double fault! 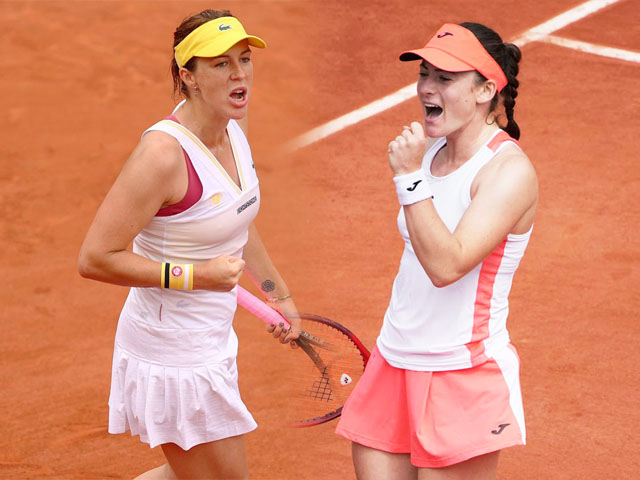