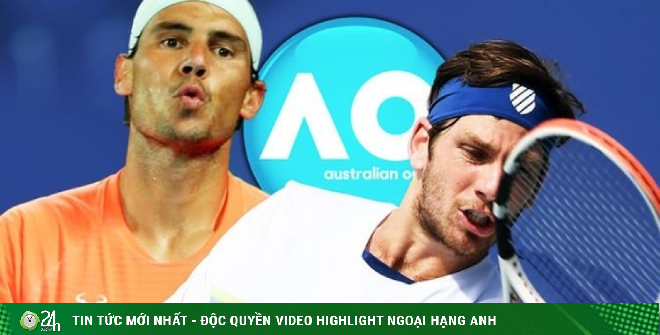 (Live tennis Cameron Norrie – Rafael Nadal, 3rd round of the Australian Open) Norrie, despite her efforts, could not equal the level difference with Nadal.

Nadal showed his strongest points in Norrie’s decisive serve game and easily won match-points despite being equalized by 30:30 after leading 30: 0.

Nadal won the first game easily by not giving Norrie any points. Norrie made many mistakes in this game.

Nadal has a 30: 0 lead but lets Norrie take a 40:30 lead. Then Nadal equalized at 40:40. The Spanish player has an advantage first, but has not taken advantage of it. Norrie then had an advantage and succeeded, equalizing 1-1.

Nadal quickly led 40: 0 and although Norrie got one point, the English player could not stop the opponent from winning 40:15.

Norrie continued to make it difficult for Nadal in the second game to hold the serve. The British player had a tit-for-tat with Nadal and won after taking the first point.

Norrie did a great job in game 5 as he led Nadal 40:15 and stood before the first break. In the fighting phase that followed, Nadal hit a cross field cross, handing the game over to Norrie.

Very quickly, Nadal brought the game back to balance. He led Norrie 40: 0 in the English tennis player’s serve game, then closed the game with Norrie’s tuck.

Nadal constantly put Norrie in the corners and put up an excellent 40:15 lead. He ends the game simply with a powerful smash.

Norrie plays determined and decisive, making Nadal constantly making mistakes. The Spaniard hit the outside in the decisive ball and was once again equalized by Norrie.

Nadal led 40: 0 but tucked the net in the next phase, allowing the opponent to shorten the gap. However, Norrie beat out in the decisive phase, giving the game to Nadal.

Norrie led Nadal to 30: 0 then leveled, then rose to 40:30 and used Nadal’s later strike to level the score.

With powerful serves and returns, Nadal won the second time he won a white game in set 1, giving him a 6-5 lead and entering the decisive game.

Norrie kept tackling the net and let Nadal lead 40: 0 in his decisive serve game. Despite gaining a point later, Norrie continued to be pushed into the gym game by Nadal with cross-court crosses, leading to him hitting out, handing the first set to Nadal.

Norrie has an excellent longit that shortens the lead after letting Nadal lead 30: 0. However, he could not withstand Nadal’s extremely uncomfortable returns.

Norrie took the initiative in the first serve game in set 2 and led Nadal 40: 0, then let Nadal go two points straight, but ended the game with a deadly serve.

Norrie unexpectedly led Nadal to 30: 0 in the Spanish player’s ball game, but was later returned by Nadal. He took a 40:30 lead before closing the game with a top-notch vertical shot.

Norrie kept hitting mistakes and let Nadal lead 40:15 in his serve game. However, the British player saved two break points and leveled at 40:40. Nadal then kicked out to help Norrie have an advantage and closed the game with an accurate net.

Norrie four times beat out, giving Nadal a third win in this game. The Spaniard rose to a 3-2 lead.

Nadal leads 40: 0 after a double mistake by Norrie. The Spaniard broke the first game in set 2 with an accurate smash.

Nadal made an ace and led 40:15 in game 7. He served a dangerous ball, Norrie managed to catch it, but Nadal still managed to deliver a classy left shot ending the game.

Norrie kept blaming with situations of hitting out and tugging the net, creating too favorable conditions for Nadal to win a break for the second time in set 2 and go to victory.

Nadal takes a dangerous 40:30 serve. The two players then hit the ball dramatically, Norrie left small, forcing Nadal to go up the net, but in the aftermath, Norrie hit again.

Nadal led 30: 0 but Norrie removed 40:40 after a break. After that, Nadal had an advantage, but Norrie played very hard to bring it back. On the second advantage, Norrie won the game after a powerful ace.

Nadal tucked the net when the score was 0:40, losing the white game to Norrie for the first time in this match. The English tennis player is still showing a stable spirit.

Nadal had no problem with the third serve game in set 3. He forced Norrie to run from corner of field to corner and closed the game with a smash.

The two players won each other point by point in game 6 and drew 40:40. It was not until the third advantage, that Norrie concretized the advantage after Nadal beat out.

Nadal quickly dealt with Norrie in his serve game with a blank win. He ended the game with his 6th ace in this match.

Norrie still shows strength in serve games. He makes Nadal struggle in support situations. The next game will be the turning point of the match.

Nadal’s seventh ace in this match gives him a 40:30 lead, after letting Norrie lead 30:15. Then, Nadal went up to the net to close the game with victory.

Norrie showed great determination after making Nadal darkened in game 10. He had another white win game against his opponent and continued to hold hope.

Nadal put his energy into the decisive serve game and was not surprised by the 40:30 win. The Spanish player is closer to the final victory than ever.

Nadal showed his strongest points in Norrie’s decisive serve game and easily won match-points despite being equalized at 30:30 after leading 30: 0.

Video Nadal – Mmoh (2nd round of the Australian Open)

Nadal played on the field without an audience

Audiences at the Australian Open will not be allowed to attend the cheerleading field for at least 5 days, due to unusual developments in the covid-19 translation. A blockade has been given by the local government and players and fans will have to strictly follow the rules.

Cameron Norrie got off to a bad start in 2021, losing early in both the Delrey Beach and Melbourne tournaments ahead of the Australian Open. Therefore, this player’s progress to round 3 is considered a surprise. Norrie beat Evans and Safiullin in the first and second round with a score of 3-1. 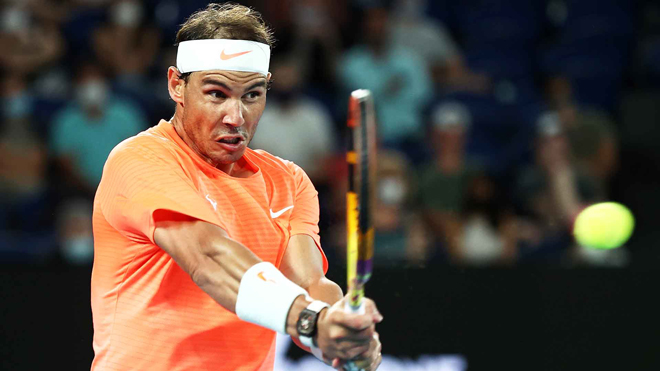 Nadal is very determined at this tournament

However, the English player’s journey may soon end because next opponent Rafael Nadal. The spectator’s fear of injury was softened by the Spaniard. The world number 2 has overwhelming victories in the previous two rounds with the same 3-0 score and the scores for each set are also very different.

The Spaniard wants to usurp Novak Djokovic in 2021, so error in round 3 is unlikely. Norrie has never faced the “king of clay” and it is likely that the 25-year-old player will receive the bitter fruit the first time he meets.

(Sports news – Tennis news) Live Australian Open Day 6: Both Medvedev and Nadal are in high form at the moment and …