(Sports news, Tennis news) No. 1 seed Daniil Medvedev will begin his journey to conquer the Miami Masters by playing against an experienced player from Taiwan (China). Meanwhile, No. 3 seed Alexander Zverev will have to be very wary of a “strange wind” coming from Finland.

With both Novak Djokovic, Rafael Nadal, Roger Federer and Dominic Thiem absent from the Miami Open this year for various reasons, the chances of winning the ATP Masters 1000 here are open to Daniil Medvedev. However, being ranked as the No. 1 seed, with enormous pressure from fans, may be a “double-edged sword” with the Russian tennis player at this time.

Daniil Medvedev hunted for a second victory over Lu Yen-Hsun

After reaching the final of the Australian Open this year, Medvedev soon stopped the opening match at the ATP 500 tournament in Rotterdam (Netherlands). However, soon after, the new star who climbed to number 2 in the world regained his form when he won the Open 13 championship in Marseille (France).

Medvedev’s opening match at the Miami Masters this year is Lu Yen-Hsun, a 37-year-old Taiwanese (Chinese) tennis player who once compared him in the past. That is when Medvedev beat this opponent 6-4, 6-3 in the second round of the ATP 250 Chennai Open in 2017. This time, if you play properly, Medvedev will likely surpass Yen-Hsun again after only 2. set.

After winning Stefanos Tsitsipas 6-4, 7-6 (3) in the final match of the ATP 500 Mexican Open at Acapulco (Mexico), Alexander Zverev excitedly flew to the US to attend the Miami Open in both events. 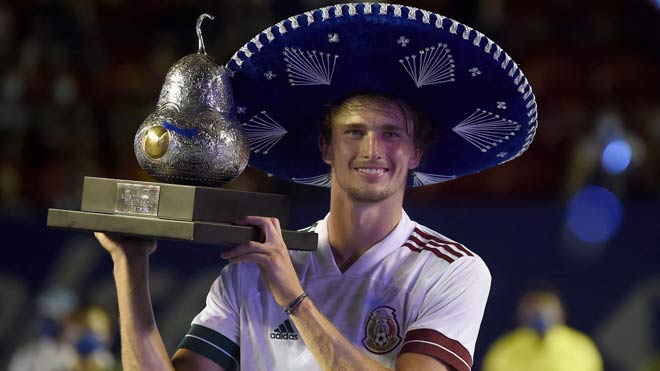 However, in the opening match of the men’s doubles last night (March 25), the German player and his fellow countryman Tim Putz lost to Horacio Zeballos and Marcel Granollers 2-6, 4-6.

However, “in the mishaps there is luck”. Being eliminated early in the doubles content can help the Zverev brother focus fully on the content of the forte singles. However, seed number 3 will have to be very vigilant in the first encounter with Emil Ruusuvuori.

The 21-year-old Finnish player ranked 83 in the world is playing very well recently, playing at the Open 13 and the Dubai Tennis Championships. Zverev may have more or less trouble confronting this strange “unknown”.

No. 9 seed Grigor Dimitrov (Bulgaria) – Cameron Norrie (England): Around 23:30, March 26, the second round of the Miami Open men’s singles, pitch 1

In the three hard courts that have attended since the beginning of 2021 until now, Grigor Dimitrov has been eliminated in the quarterfinals by underdogs. Mistakes that cannot be repeated with “Little Federer” when he entered the Miami Open this year to face Caremon Norrie. They never met in the past.

However, with the outstanding experience of the opponent and the fact that he has never been eliminated in the tournament since the beginning of the season, Dimitrov is still believed to have a ticket to the third round. (Video, tennis results Marin Cilic – Federico Coria, Round 1 of Miami Open) The 82nd ATP player had many wonderful moments before …