(Sports news, tennis news) Hurkacz will have to meet a jealous opponent named Millman in the second round of the Madrid Open. Meanwhile, Rublev only has to confront “good bait” Tommy Paul.

Hurkacz won the Miami Masters championship in March to advance to the top 20 on the ATP standings. However, Hurkacz didn’t do his best on clay. At the past Monte Carlo, the Polish player stopped in the second round after losing to Dan Evans with the scores 4-6, 1-6. Last season too, Hurkacz’s best result was in the third round at the Rome Masters.

Likewise, Millman is not a good player on clay courts either. However, the Australian played quite well at the Bavarian International Tennis Championships in Munich this past with reaching the third round before losing to Casper Ruud.

This will be the fourth time Hubert Hurkacz and John Millman have met. It is surprising that the head-to-head record is 3-0 in favor of Millman, but the two players have never met on clay. At the last meeting, Millman won 6-4, 7-5 and 6-3 over Hurkacz in the second round of the Australian Open last year.

Tommy Paul appeared in the second round of the Madrid Open after defeating the host country player Pedro Martinez after just two sets with the scores 6-4 and 7-5. In this round, the American tennis player will face a huge challenge called Andrey Rublev, the tournament’s number 6 seed. Rublev is doing quite well with a 26-6 win rate since the start of 2021, with 6-2 on clay. Until now of the season, the Russian player has won the championship at the ATP 500 Rotterdam Open, and especially the victory over “King of the clay” Nadal in the quarter-finals of Monte Carlo.

Confrontation records between two players in the past are also supporting Rublev. The Russian player defeated Paul in both previous meetings, the last time he saw Rublev win 6-1, 3-6 and 6-2 at the second round of the Hamburg Open last year.

This will be the second time Denis Shapovalov has encountered Alexander Bublik. The head-to-head record is 1-0 for Bublik, but the two players have never met on clay. At their only meeting before, Bublik won 7-5, 4-6 and 6-3 against Shapovalov in the quarter-finals at Open 13 last year. Both Shapovalov and Bublik have to play from the first round of the Madrid Open. Shapovalov easily beat Dusan Lajovic 6-1 and 6-3, while Bublik struggled a little more when overcoming Marton Fucsovics 7-6 (5) and 6-3.

Currently, Shapovalov is ranked 14 in the world 30 places more than Bublik. With the upper door position, can the Canadian player balance the performance against the opponent. 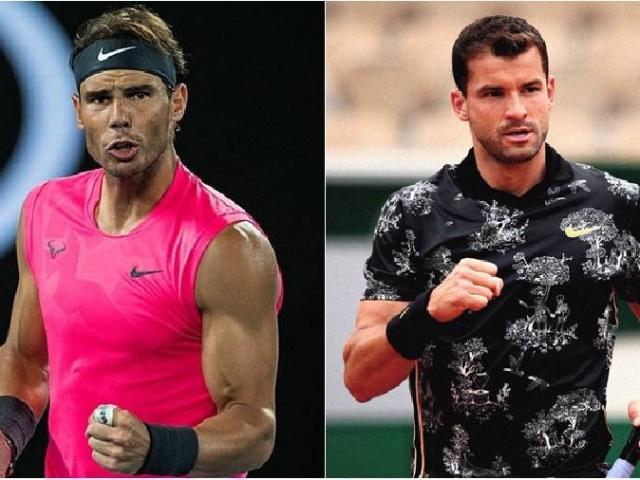 (Sports News, Tennis News) The 18-year-old ranked 120 ATP Carlos Alcaraz will be Rafael Nadal’s opponent in the second round of the Madrid Open.