Medvedev beat Denis Shapovalov in round 3

The most notable match in the quarterfinals of the Cincinnati Masters men’s singles quarterfinals was the encounter between Daniil Medvedev, the world’s number one tennis player, and Taylor Fritz, the number one American tennis player and the 11th seed. In the 2022 season, Taylor Fritz had the great progress when winning 2 ATP 250 Eastbourne titles with Masters 1000 Indian Wells, and rising to 13th in the world. 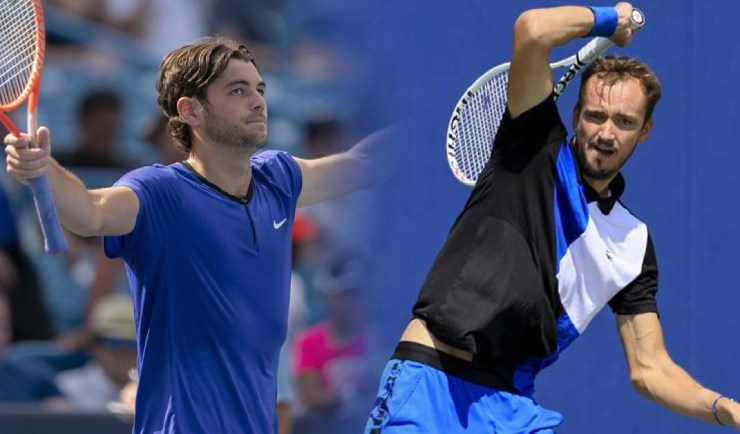 Taylor Fritz is a “difficult” challenge for Medvedev

On the side of Medvedev, the Russian tennis player has not yet reached his peak. After winning the ATP 250 Los Cabos championship, he was suddenly eliminated in the second round of the Rogers Cup (losing to Nick Kyrgios). The victories over Botic van de Zandschulp (6-4, 7-5), Denis Shapovalov (7-5, 7-5) at the Cincinnati Masters were also relatively tough and did not reflect Medvedev’s level.

In the past, Medvedev and Fritz have never faced each other, so tonight’s encounter becomes even more unpredictable.

The journey to the quarterfinals of the two tennis players left a lot of impressions. In round 2 and round 3, Tsitsipas easily defeated unpleasant opponents Filip Krajinovic, Diego Schwartzman after only 2 sets.

Meanwhile, John Isner, despite not being appreciated at the beginning of the tournament, consecutively beat the 8th seed Hubert Hurkacz and young talent Sebastian Korda. With his experience and bravery, the 2m08 high tennis player is enough to surprise Tsitsipas.

The shock victory over Rafael Nadal in the second round of the Cincinnati Masters partly helped Borna Coric regain the aura. The player who defeated Federer, known as “little Djokovic”, experienced many years of declining form and almost fell into oblivion. Now, at the age of 25, he has a chance to revive his career thanks to the Cincinnati Masters launcher.

After overcoming 15th seed Roberto Bautista Agut, Coric will face a big challenge named Felix Auger-Aliassime (7th seed). The two players have a balanced head-to-head record in the past (1 win, 1 loss), more interesting than all the matches between them taking place within the Masters 1000 framework (Rome Masters 2019, Miami Open 2019 and now) is the Cincinnati Masters).

Excluding the quarterfinals of the Cincinnati Masters, Carlos Alcaraz and Cameron Norrie have faced each other up to 3 in the past 2 years with an absolute victory in favor of “little Nadal” (3-0). At the moment, Norrie is in very high form, so he is very eager to break the defeat before his juniors, thereby taking a long step on the journey to conquer the Cincinnati Masters throne. 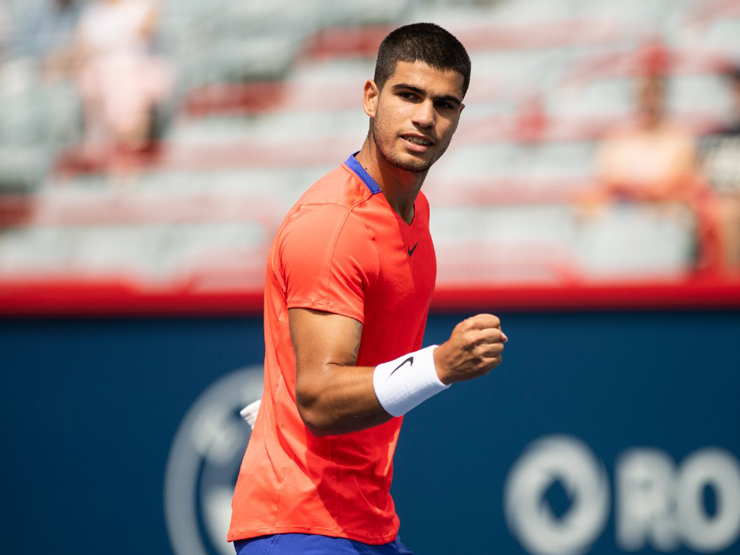 (Cilic – Alcaraz tennis video, Cincinnati Masters 3rd round) The first set needed a tie-break series to decide the winner, while the second set was surprisingly quick.