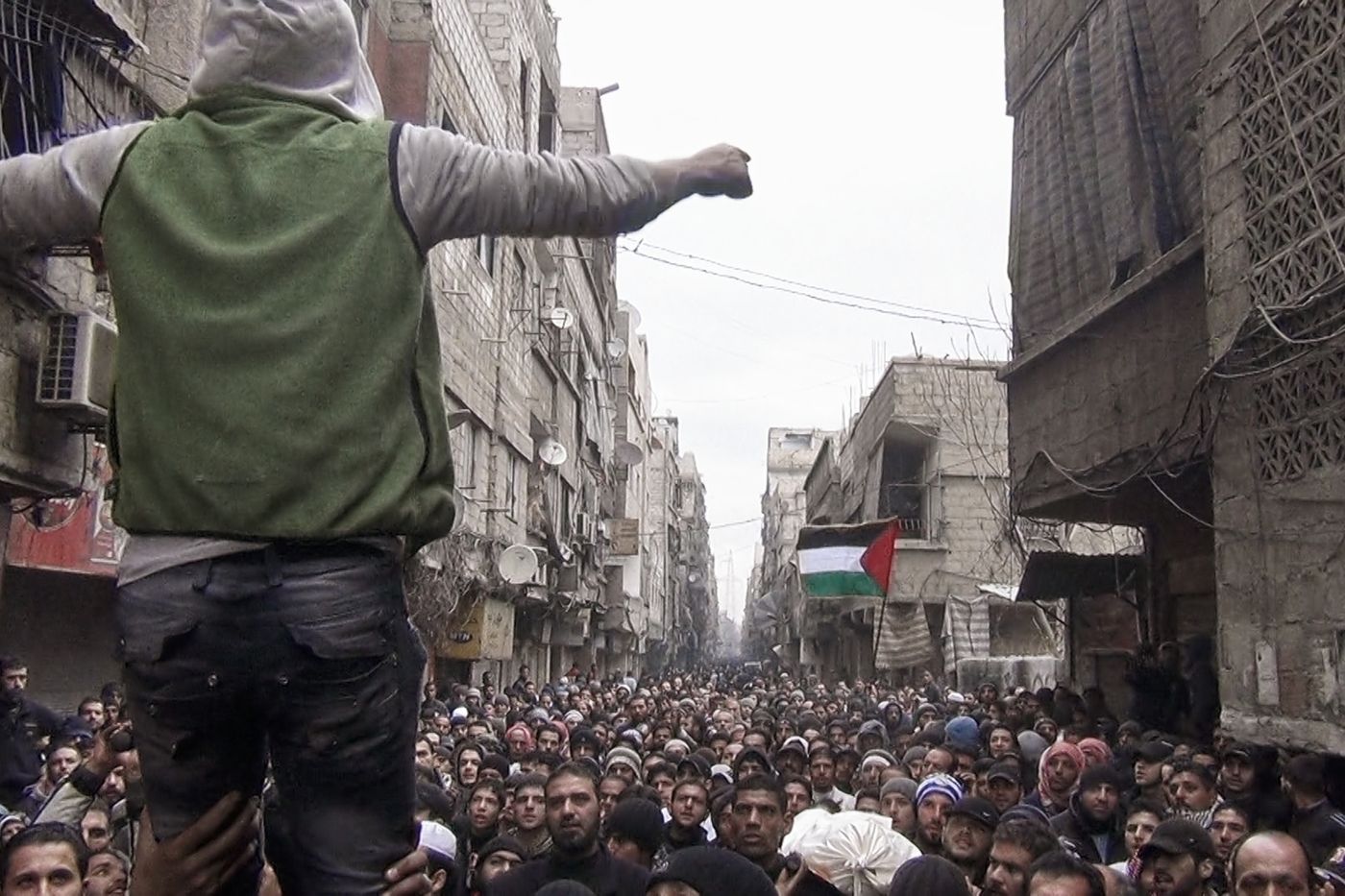 Little Palestine, diary of a siege **

Yarmouk is a neighborhood in southern Damascus that for decades housed the largest Palestinian refugee camp in the Middle East. When the Syrian revolution broke out in 2011, the population, caught between the regular army of Bashar Al Assad and armed rebel groups infiltrated among them, found themselves surrounded and subjected to a siege of nearly two years. Between the constant bombardments and the lack of food, its inhabitants have somehow organized themselves to try to survive war and famine.

A dramatic episode of the war in Syria

It is to document the daily life of these besieged that Abdallah Al Khatib, a sociology student born in Yarmouk, decided to film his neighborhood until his expulsion in 2015 by Daesh. Refugee in Germany, he undertook to make a film of it. A gripping documentary that allows us to experience from the inside one of the most terrible aspects of the war in Syria – its consequences on the civilian populations – and to highlight a dramatic episode of it. Because in this LittlePalestine, where the population was already largely discredited, the conflict echoes among the oldest in their exile, and is experienced for those who choose to leave as a second uprooting.

→ MAINTENANCE. Filippo Grandi: Yarmouk, Syria, “one of the most dramatic experiences I have had”

Abdallah follows his mother, who has become a nurse again for the occasion, at the bedside of the weakest, enters the houses and apartments to collect their testimonies then, as the noose tightens, films the deprivations. There is the lack of water, electricity and then food which forces a little girl, an absolutely terrible scene, to go pick the meager herbs of a lawn to make up the evening meal. Until the desperate crowd, decimated by malnutrition, massed around the checkpoint to demand food.

The apprentice filmmaker films raw reality without ever dwelling on it, always trying to be on the side of life. It shows the solidarity that is being established between the inhabitants, the joy of the children dreaming despite everything of a better future, and this incredible capacity for adaptation of men in the worst situations. An empathetic gaze to which one cannot remain insensitive even if the student remains voluntarily elliptical on the political situation which divides his country and his district.