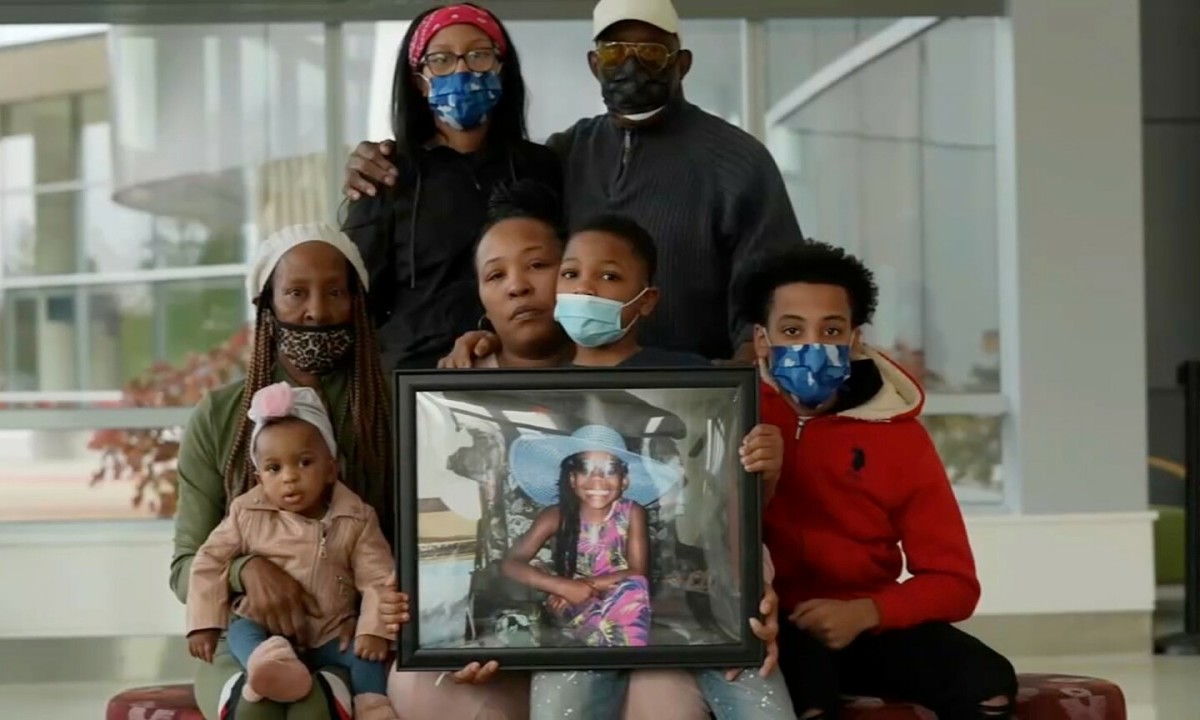 AmericaNyla Anderson, 10, of Pennsylvania, is believed to be the fifth child in 2021 to die while participating in Tiktok’s “suffocation challenge”.

Nyla Anderson was found unconscious by her family in the bedroom of her home in Chester on December 19. Before that, she did a “suffocation challenge” on TikTok. The victim was taken to a local hospital but did not survive.

Blackout Challenge is a toxic game that requires participants to take various measures, but all aim to force themselves to pass out temporarily from suffocation. This challenge has been around since the 1990s by word of mouth, but now it’s on TikTok. Even clips recording the entire process of performing dangerous actions attract millions of views.

“Make sure you always check your child’s phone. You never know what you’ll find on their phone. No one would think a 10-year-old would try this,” said Tawainna Andreson, the victim’s mother. told the media.

In response to the press, a TikTok spokesperson said: “This disturbing challenge has emerged from other sources, before our platform was born. And has never been a trend on TikTok.”

“We always strive to fulfill our commitment to user safety, and immediately delete related content if discovered. We offer our condolences for the loss of the family,” the representative said. speak. Currently, TikTok allows users to report any videos that promote this trend.

According to US media, Nyla Anderson is believed to be the fifth child to die while participating in this toxic ordeal this year.

In June, LaTerius Smith Jr, 9, was found unconscious in his home in Tennessee. The boy passed away at the hospital and the family blamed Tiktok for the tragedy. That same month, a 12-year-old Oklahoma child died while trying to record the ordeal.

Joshua Haileyesus, 12, of Colorado, also passed out in the bathroom after performing a “suffocation challenge” in March. The boy died three weeks after being hospitalized.

Finally, a 10-year-old Italian girl was found dead in the bathroom next to her mobile phone in January this year. It is reported that the girl is trying to participate in the malicious challenge.

After the death of their daughter, the family of Nyla Anderson tried to warn about the dangers of this trend on TikTok.

“She used to be a happy child. No one can feel this great loss like my family,” the victim’s mother choked.

Over the years, the number of heartbreaking incidents with children due to the influence of bullshit videos, toxic videos, bizarre challenges on social networks… is increasing, but it seems that parents are still not really alert to this source of risk.

There have been similar tragic deaths of children in Vietnam. On November 26, 2020, an 8-year-old boy, in Binh Minh commune, Trang Bom district, Dong Nai province was found dead in the bathroom by his family with a hanging position near the wall. Before that, on October 12, a 5-year-old boy in Ho Chi Minh City used a chiffon scarf to hang himself, leading to a tragic death.

Minh Phuong (According to Nypost)