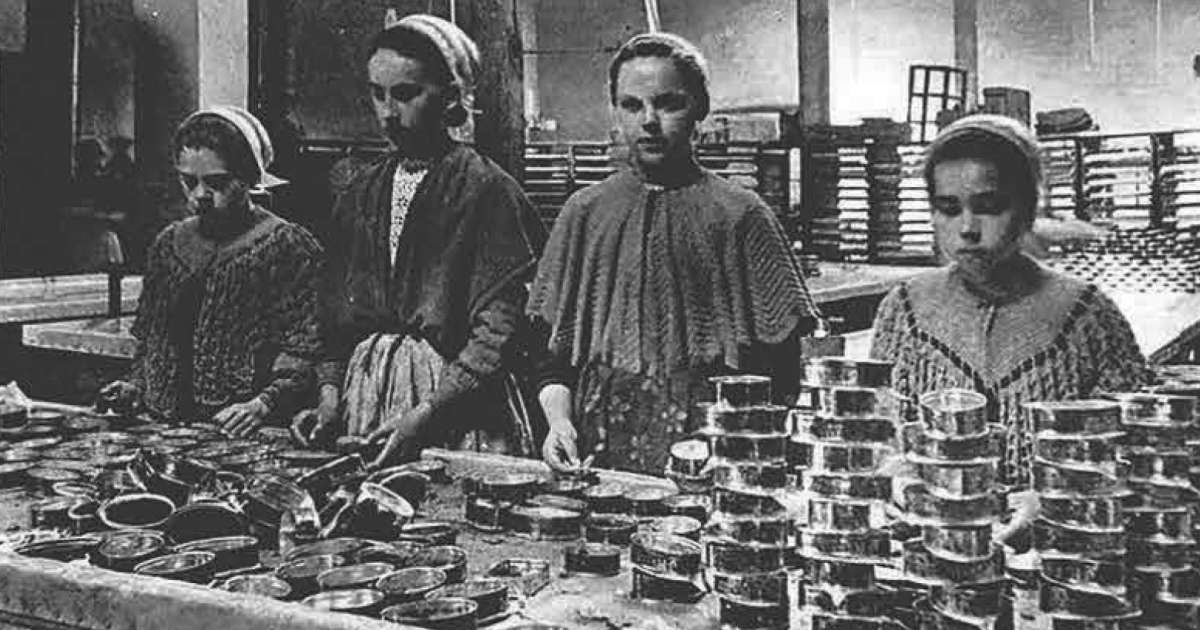 ” Pemp real a vo! “ (“It will be 1.25 francs!”). It was with this demand on placards brandished for forty days under the rumbling skies of Finistère that the sardines of Douarnenez began in 1924 their “great strike” and an impressive page in the social history of France. The struggle of the “Penn Sardin”, as they have been called since the 18th century, is today retraced by the Ouest France editions, at the opening of a book devoted to Bretons to whom posterity gave a jump seat when they deserved the full. light. Joséphine Pencalet is one of them. The showdown with the bosses was indeed led by this young war widow, ” endowed with a last name which is worn like a motto “As the historian Thomas Perrono writes in” En Envor “, online review of contemporary history of Brittany. In Breton, Penn kalet means “hothead” or “stubborn”.

Portrait of Joséphine Pencalet at 20.

We are the winter of 1924. The miserable pays throw into the streets 2,100 sardine workers including 1,600 women who find it unfair to earn 80 cents an hour to run to the factory night and day when the fish arrive. . At that time, the majority of women worked, except the wives of notables. The little girls are also on the cutting lines. To give themselves courage, they sing. “Greet, happy rich / These poor in rags / Greet, it is they / Who earn your millions. ” Some are fired for having hummed these accusations in their factory; they will soon take to the streets, too. And in the crowd in exasperated hoofs, the beautiful Josephine is called to become one of the emblematic personalities of Brittany between the wars. In addition to being a Penn sardin, she will also be the symbol of the difficult conquest by women of the status of citizen thanks to her election to the municipal council of Douarnenez in 1925. But for the time being, the strike has won over the 21 canneries in the port.

Joseph Ponthus, author of “À la ligne” died at the age of 42

Immediately, the first city councilor of Douarnenez, Daniel Le Flanchec, former sailor and Communist mayor from 1924 to 1940, provided public and thunderous support to the strikers. The bosses refuse to negotiate. Disgust is at its height. On December 5, 1924, “l’Humanité” headlines: “Workers’ blood has flowed in Douarnenez” and tells how, on an order from the Ministry of the Interior, a “Savage charge commanded by the head of the Douarnenez brigade trampled on the elderly and children “. Daniel Le Fanchec, because he wanted to intervene with the police, is suspended from his duties for “obstructing freedom of work”. And it is this report for rebellion that gives the movement completely unexpected national coverage. The envoy of “Paris Soir” in the “red city” describes ” scandalous employer exploitation “. That of “La Dépêche de l’Aube” is moved by ” the provocative intransigence of the sardine bosses “. And now union and political representatives from all over France join the protesters in Armorique. In January, all the demands of the strike committee are accepted. And in the whole of France, we hum the Penn Sardin hymn written by the combative Claude Michel, and sung again in 2021 in a procession of Parisian demonstrators.

READ ALSO> In slaughterhouses, “you leave your brain in the locker room”