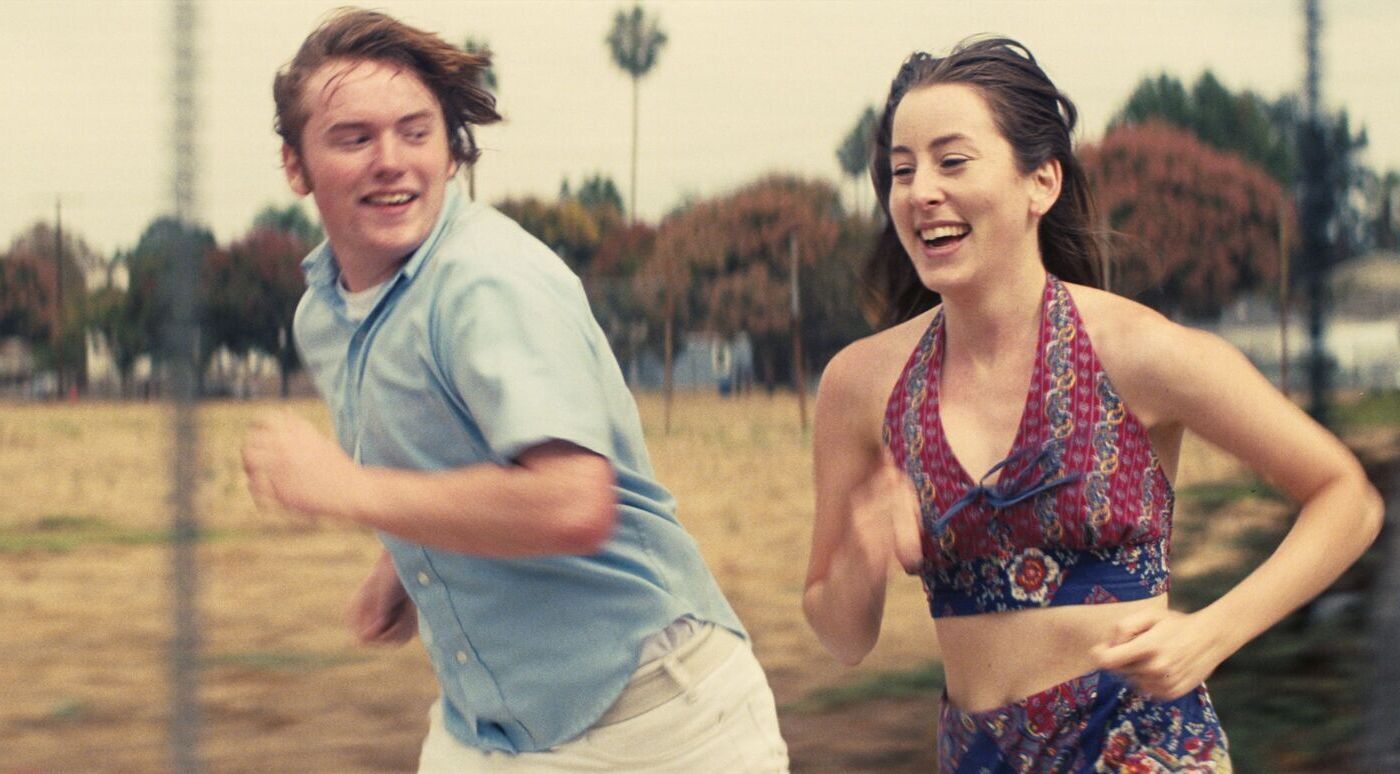 We are in Los Angeles in 1973. Alana Kane is 25 years old, looking crazy, and is looking for her way by working as a photographer’s assistant in order to free herself from a very religious Jewish family. Gary Valentine, he is 15 years old, an incredible patter and already behind him a career as a child actor which allows him to grow, with the help of his mother, his little notoriety.

Their meeting takes place at high school where Gary and his pals prepare, comb in pocket, for the annual class photo. Alana only has to cross the courtyard with her confident and nonchalant walk for the young man to immediately fall in love. And no matter the age difference. Gary, with his childish face on a man’s body, has all the daring. “I have met the one I am going to marry”, he says before inviting her to dinner.

Evocation of the ghosts of a vanished America

Alana has fun at first but intrigued by so much nerve on the part of a kid ends up accepting. A moving and chaste amorous crossover begins between the two young people. Because how to convince the young girl, who is old enough to be his big sister and behaves as such, to become his girlfriend? The whole plot of Licorice Pizza holds in this tiny suspense and allows Paul Thomas Anderson to embark us in their suite on a fanciful and poetic stroll in the heart of the San Fernando Valley of his childhood.

At a time when all dreams still seem possible. Gary will seek to wow Alana by setting up a waterbed business, then because he has the soul of a budding entrepreneur, a pinball room where all the youth of this part of California meet, while ‘herself still hesitates about her professional vocation, passing a few castings before engaging in the electoral campaign of a young local elected representative.

The film, while bifurcations and breaks in tone, thus borrows the sinuous paths of their respective aspirations and takes on the appearance of a vast children’s game which basically only aims to bring back the ghosts of an entire era. missing. That of America before the first oil shock, of individual company values ​​and of a rapidly changing Hollywood.

They cross paths with Sean Penn as an aging and alcoholic star with the allure of William Holden, but also of an unleashed Bradley Cooper playing the role of Jon Peters, the fantastic hairdresser, agent and companion of Barbra Streisand, in a scene of fart hilarious weights. So many digressions (sometimes a little long) that punctuate a story which we never know where it will lead us, if not to admit the reciprocal feelings of its two heroes.

To embody them, Paul Thomas Anderson chose two formidable apprentice actors with atypical physique but full of grace: the singer Alana Haim for whom he had directed the videos and Cooper Hoffman, the son of one of his favorite actors, the late Philip Seymour. Hoffman. A film made at home and almost “in family”, whose crazy freedom and apparent lightness contrast with the great formal mastery.

If the filmmaker has abandoned the darkness and aesthetic perfectionism of his last films (Phantom Thread,The Master, There Will Be Blood) to reconnect with the spirit of its beginnings, in particular the choral aspect of Magnolia andthe gently shifted universe of Punch-Drunk Love, nothing seems to have been left to chance in Licorice Pizza. Neither the finesse of the image shot in 70mm format, nor the meticulous but never artificial reconstruction of the 1970s, nor the elaborate construction of the script or the soundtrack that punctuates the film.

In the manner of Once upon a time in hollywood by Quentin Tarantino, another Californian filmmaker with whom he shares a passion for film, Paul Thomas Anderson drew on his own memories as a teenager in Los Angeles to build this chronicle of enduring melancholy charm, where the imaginary power of childhood and that of cinema mingle to make dreams possible.

He shoots a first short film Cigarettes and Coffee, noticed at the Sundance Film Festival in 1993.

His first feature filmDouble bet was selected at the Cannes Film Festival in 1996 in the Un certain regard section.

2007. There Will Be Blood, Silver Bear for Best Directorand Oscar for Best Actor for Daniel Day-Lewis.

2012.The Master, Silver Lion for Best Director in Venice.