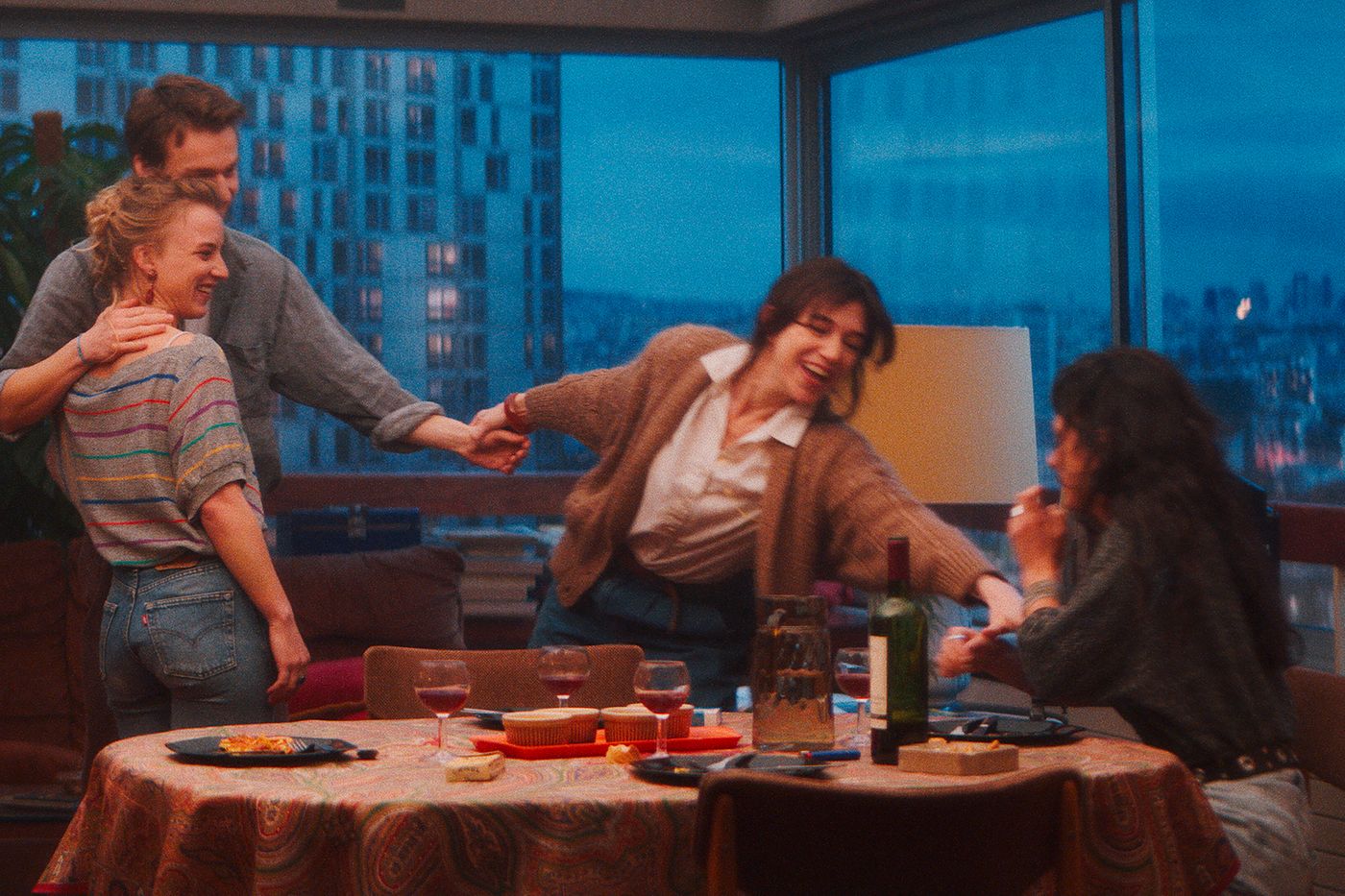 Passengers of the night ***

It begins the night of May 10, 1981, with its scenes of jubilation in the streets of Paris at the announcement of François Mitterrand’s victory, and it is the whole film by Mikhaël Hers which is tinged with this grain of nostalgia for a a time he himself barely knew.

Everything in the texture of the film, the colors of the images or the topography of the places – from the towers of Beaugrenelle to the Maison de la radio, where the story takes place -, takes us back to these 1980s, located at the hinge between two worlds: between hopes for change and dreams soon shattered by harsh economic reality; peaks of a triumphant modernity that was already aging and contested.

An atmospheric rendition of the 1980s

However, there is nothing political in the director’s words. The atmospheric reconstruction of those years, skilfully mixing archival images and reconstructions, is only intended to offer, like a painter, a delicate backdrop in tune with the feelings of his characters. They too float between two worlds. Elisabeth (Charlotte Gainsbourg), in her early fifties, has just been left by her husband and is struggling to swallow back her tears in the face of the existential abyss that opens before her. His two big teenagers, Mathias and Judith, are ready to take off but still hesitate before the field of possibilities. Finally, Talulah (Noée Abita), a young drifting homeless person who comes across by chance, will find the warmth and stability of a home with them for a while.

All these solitudes resonate with those who confide at night in Vanda (Emmanuelle Béart) on the radio show where Elisabeth has found a little job. They will brush against each other, support each other, sometimes jostle each other to (re)build each other and each pursue their own path. Basically, as in Mikhaël Hers’ previous films, This feeling of summer and Amanda, it is still about mourning. Not that of a person but that of a marriage, childhood or the past and how those affected by it will help themselves to overcome it.

→ CRITICAL. “Amanda”, the mourning of innocence

If the scenario is tenuous, there is an infinite delicacy in the circulation of feelings and the pleasure of a sensory dive into a Paris of the night and the early mornings. There, you could meet Jacques Rivette in the metro and go see, at the Escurial Panorama, Full Moon Nights by Éric Rohmer, with a Pascale Ogier of which Noée Abita offers a kind of reincarnation.

The work on the image with these different supports sometimes borders on mannerism but never prevents the emotion from happening. On the contrary, it most often participates in bringing it to life like those old super 8 films of our childhood. Or the warm voice of Joe Dassin singing And if you did not exist. The “Cheeky” of those years, Charlotte Gainsbourg, who reached a form of maturity here, is no stranger to this feeling either.

On edge, constantly between laughter and tears, the actress is both extremely fragile and incredibly determined. Chrysalis emerging from her cocoon as a housewife to reinvent herself, step by step, another life. The one she has decided to choose, taking the perilous path of her own emancipation, and surrounded by the family she has built.

The story unfolds over seven years but its ellipses are so imperceptible that time passes like a breath and, like memories, only restores the important moments, pains and joys mixed together. With this very controlled fourth feature film, selected in Berlin at the beginning of the year, Mikhaël Hers, 47, digs a very personal furrow whose sentimentality – or melodrama, if you prefer – is contained within the right limits. He also asserts himself as a great pictorialist, summoning all of our senses to better bring us into the warm intimacy of his cinema.

A director who asserts himself

2004. Graduated from the production department of La Femis.

2006. Directed a first short film, Charellfreely inspired by Such brave boys by Patrick Modiano, selected for Critics’ Week at the Cannes Film Festival.

2009. Montparnassehis third short film, won the Jean-Vigo prize and was awarded at the Directors’ Fortnight in Cannes.

2015. This feeling of summer, shot between Berlin, Paris and New York, brings together Judith Chemla and Anders Danielsen Lie.

2018. Amandawith Vincent Lacoste and Isaure Multrier, evokes the mourning of a little girl taken in by her uncle after an attack.