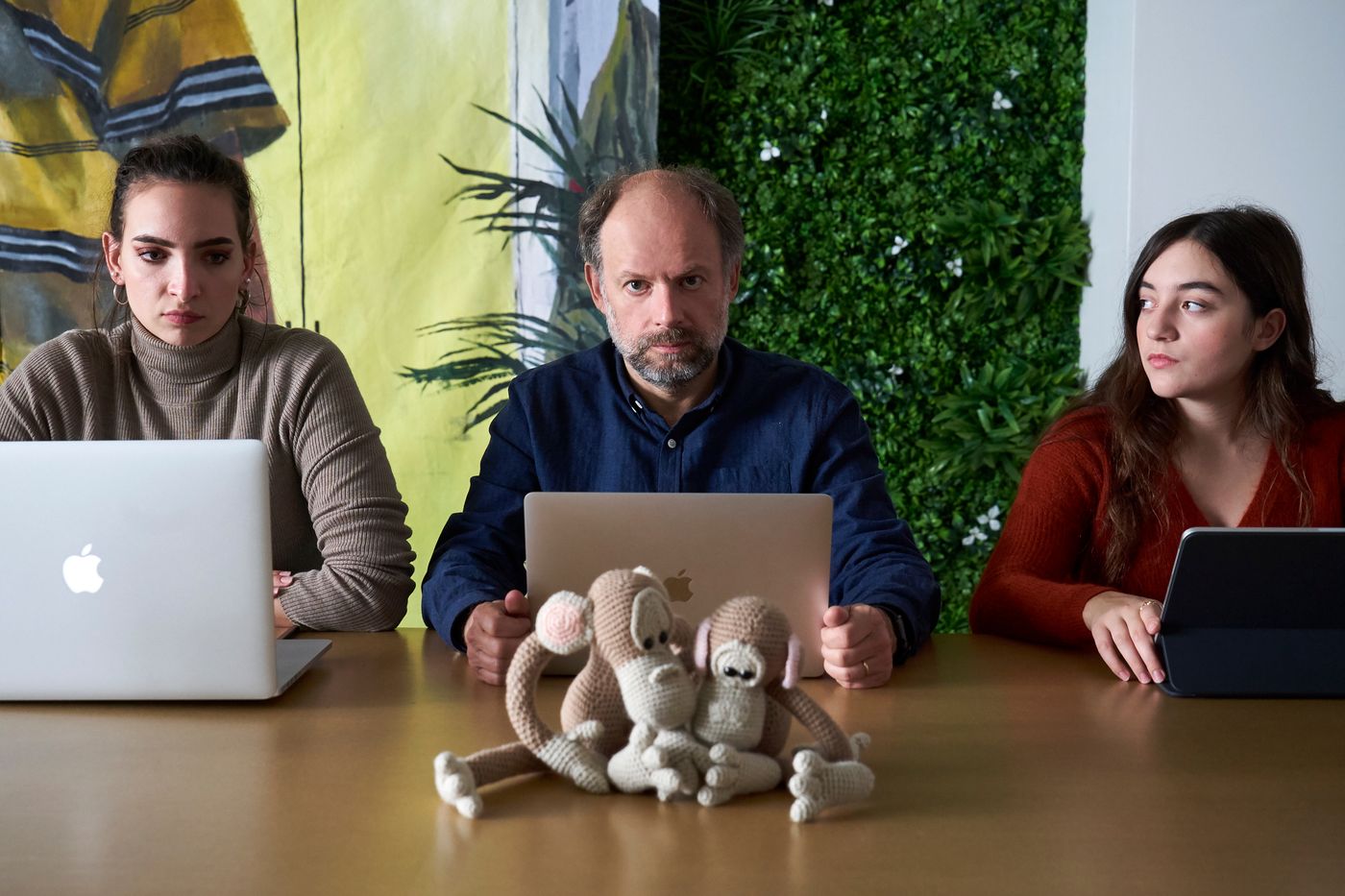 The 2 Alfred are two identical plush monkeys “But only one blanket”, specifies Alexandre the hero of the film when entrusting his young children to a complete stranger. It could also be the two Podalydès brothers, Bruno and Denis, whose artistic complicity radiates the screen as never before in this irresistible social comedy which joyfully smashes the ruthless world of start-ups and its enslaving management. The eldest, who is also the director, embodies this somewhat dreamy Arcimboldo who appears out of nowhere and tenderly watches over his younger son, in his fiftieth birthday embroiled in a whole series of adventures in an attempt to save his marriage and his future.

Alexandre (Denis Podalydès) has three months to prove to his wife – a submarine who has gone on a mission – that he is able to take care of his children and be financially independent. Ex-deputy director of a printing press, in other words prehistory, he is unemployed but ” don’t feel humiliated “, He explains to his banker (Michel Vuillermoz). He is even ready to ” reset “Completely, to do” reset “, He affirms during a job interview with Aymeric, the deceptively cool young boss of The Box who wants to take him on trial for a mysterious position of” reacting process “. The sine qua non, he explains nonetheless around a ping-pong, is “No child”, so that employees are available “H24”.

Behind the comedy, the line is fierce

However, Alexandre has two children, one of whom is still a baby and will try as best he can to hide their existence to get the job. Not easy when you have to participate in videoconferences in your living room or you are summoned at any time of the evening for an emergency debriefing! Fortunately, he can count on the help of a man, he met at the nursery, who invites him to drink a coffee and immediately settles in his house while he sees it coming. ” Entrepreneur of himself », As he defines himself, Arcimboldo (Bruno Podalydès) juggles odd jobs he found on apps and as a perfect king of resourcefulness manages to resolve all difficult situations. To this improbable duo, adds Séverine Cuplet (Sandrine Kiberlain), Alexandre’s superior, a senior executive on the verge of a nervous breakdown by dint of trying to stay in the race for performance, which literally breaks the day when his connected car refuses to open the door for him.

The way in which this trio of fiftieths in the process of expiration will join forces, and by dint of mutual assistance, end up overturning the table, is truly jubilant. Behind the hilarious comedy, the line against the current working world and uberization is fierce. With its infantilizing recreational spaces, its Frenglish jargon, its “conf ‘calls” and its injunctions displayed on the walls, the world of start-ups as described here is truly frightening and submission to technology almost totalitarian.

A trio of dirty kids

But if there is a political message – we immediately think of the other trio of losers fromClear history from the duo Benoît Delépine and Gustav Kervern -, Bruno Podalydès delivers it without any cynicism. On the contrary, the filmmaker puts in it all the fantasy and poetic power that permeates his cinema. The film is full of pretty ideas such as these drones called “hummingbirds” which crisscross the city to deliver objects, these phones which kiss to exchange their numbers or this wheelchair for elderly couple that Arcimboldo takes care of pushing in a park among his countless jobs.

Above all, love, tenderness, family instill everywhere and end up springing up, like a weed, to gain the upper hand over a world in the process of dehumanization. And our trio of formidable actors then turn into dirty kids satisfied to have been able to play a bad trick. Added to this is the melancholy specific to the game of Bruno Podalydès whose character, not so far from the one he played in Like an airplane, adds a heartwarming distance to the world.

Bruno Podalydès was born on March 11, 1961 in Boulogne-Billancourt and Denis, on April 22, 1963 in Versailles. They are two eldest siblings of four boys. Their father was a pharmacist and their mother an English teacher.

Bruno first made corporate films before being spotted with medium-length footage Versailles Rive-Gauche (1992) then God only sees me(Versailles Chantiers) in 1998, César Award for Best First Film.

Denis, former student of the national theater conservatory, joined the Comédie-Française in 1997 and became a member in 2000. He has appeared in all of his brother’s films, some of which he has co-written since. Versailles Rive-Gauche until 2 Alfred Passing by Liberty-Oléron, the two Rouletabille (The mystery of the yellow room and The perfume of the lady in black), Public benches or Farewell Berthe.